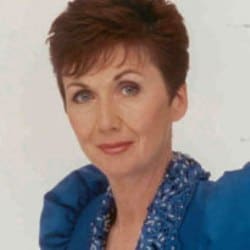 The clocks have turned back and winter’s here.

But there’s no need to despair: some of London’s best concerts and opera productions might just help you to get through those cold nights, and we’ve rounded up a selection of them here to make choosing a little bit easier.

For starters, the Royal Opera has a cracking revival of Tchaikovsky’s neglected masterpiece The Queen of Spades (opens 11 November) and a new production of Bizet’s Carmen (from 8 December), both directed by Francesca Zambello.

In the former, Russian tenor Vladimir Galouzine returns in the role of Gherman, while the real casting highlight is the great baritone Gerald Finley as Prince Yeletsky. The prospect of hearing Semyon Bychkov conducting this most psychologically interesting of operas is not to be missed. Meanwhile, the ROH continues its exploration of French operas with a new Carmen, many of the performances being conducted by Antonio Pappano. The first of the two casts is the more interesting, with Anna Caterina Antonacci, Jonas Kaufmann and Ildebrando D’Archangelo in the lead roles.

Over at English National Opera, lighter fare is being offered in the form of the Gilbert and Sullivan operetta, The Gondoliers (from 16 November). The casting is attractive, with Ann Murray and Donald Maxwell in lead roles, but for some people this may seem like one outing too many for G&S at ENO this year. There’s also the remaining performances of the new production of The Marriage of Figaro, directed by Olivia Fuchs and starring Lisa Milne as the Countess. On 19 November, Opera Rara presents Pacini’s little-known opera Allessandro nell’Indie at the Coliseum with singers Jennifer Larmore and Bruce Ford, and in December, English National Ballet takes over with The Nutcracker, Alice in Wonderland and Giselle.

Other Barbican highlights include recitals by soprano Renee Fleming (2 December), counter-tenor Andras Scholl (24 November) and tenor Juan Diego Florez (9 December) and BBCSO concerts such as the Rossini Stabat Mater on 30 November with David Robertson and the Poulenc Gloria with Sir Andrew Davis on 16 December.

Elsewhere in London there are many chamber highlights, for instance a recital of the complete Shostakovich Preludes with pianist Colin Stone at Cadogan Hall on 12 November; the event is introduced by Vladimir Ashkenazy. At the same venue, the Chelsea Opera Group perform Mozart’s underrated Idomeneo on 25 November. Over at Wigmore Hall, Kurtag’s 80th birthday concert on 9 November is essential listening, whilst the sold-out Andras Schiff Beethoven concerts later in the month are surely worthy of taking measures such as queuing overnight for returns.

There’s all this and much more during the season of snowflakes why not venture out of doors and give it a try?