Classical Review of the Year 2006 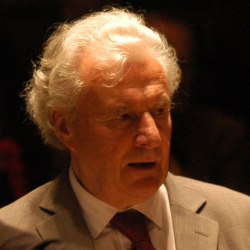 2006 was the year of the big anniversary, as orchestras and opera houses went head to head in celebrating the 250th and 100th birthdays of, respectively, Mozart and Shostakovich.

It also saw the completion of the fresh new Keith Warner–Antonio Pappano Ring Cycle at the Royal Opera House, as well as the company’s first new Tosca in over forty years, with Angela Gheorghiu singing the title role for the first time.

Meanwhile, since this time last year, two of the great sopranos of all time have died.

News eventually emerged in January that the Wagnerian diva Birgit Nilsson had passed away on Christmas Day 2005, and more recently the death of the great Strauss, Mozart and Lied singer Elisabeth Schwarzkopf was announced.

Here at musicOMH.com, the year 2006 has seen us reviewing a record 79 opera performances, 99 concerts and 81 recordings, while we’ve run 39 features on subjects as diverse as the Milka Ternina exhibition at the Royal Opera House and classical music in Budapest, and conducted interviews with some of the world’s great musicians and directors, including Ben Heppner, John Tomlinson, Dennis O’Neill and Francesca Zambello. Oh, and let’s not forget the Proms: we made it to 62 of the main concerts, three of the Saturday Matinees and two of the Chamber Proms, this time round. In all, that makes 365 articles, representing an article a day during what was a remarkable year for classical music in many ways.

The ‘Mozart Year’ got off to a very mixed start back in January, signifying the direction the entire season would take. Ill-advised ‘big band’ performances of Mozart piano concerti with the London Symphony Orchestra were sharply contrasted by the London Mozart Players’ sensational weekend of concerts around the composer’s birthday itself. The Royal Opera’s new production of The Marriage of Figaro was recently described to me by a long-time operagoer as ‘one of the best things I’ve seen since the Callas Tosca‘ and it was equally moving in its first revival under the effervescent Colin Davis in June while English National Opera’s attempt at the same opera was sadly misguided. The Barbican’s Mostly Mozart Festival promised much but delivered a series of damp squids in the form of concert performances of Zaide, Il re pastore and Ascanio in Alba, none of which did Mozart any favours, though the Don Giovanni was highly rated. I seem to have been alone amongst the London critics in enjoying the nuances of The Royal Opera’s La finta giardiniera (charm is underrated these days), while Opera Holland Park’s Cos fan tutte, Opera North’s Figaro, and both Alfred Brendel and Emanuel Ax playing Mozart piano concerti were all pretty so-so affairs.

Shostakovich, too, was only variably served by the festivities. Valery Gergiev made by far the biggest contribution, with performances of the operas at the Coliseum in the summer and a year-long symphony cycle at the Barbican giving us a thorough overview of the composer’s achievements. The Nose and the final concert in the Barbican series received the highest ratings, Gergiev-wise, but I know I’m not alone in having surfeited Shostakovich’s music for the time being. A performance of his Sixth Symphony at the Proms left me distinctly underwhelmed, whilst others reported the same about concerts involving the Seventh, the Fifteenth, the First Violin Concerto and the film music. Regarding both the glut of Mozart and Shostakovich this year, we’ve witnessed yet again what a bad idea it is to perform a piece of music for reasons other than artistic ones. It’s no coincidence that it was mainly the specialists (notably Gergiev and the London Mozart Players) who succeeded in their birthday tributes.

Operatically speaking, both the Royal Opera and ENO have had their ups and downs. Revivals of The Bartered Bride and La traviata and the new production of Eugene Onegin didn’t show Covent Garden at its best, nor did either of ENO’s forays back into Gilbert and Sullivan provide lasting memories. The big disappointment of the year was Angela Gheorghiu‘s utterly tepid account of the title role in Puccini’s Tosca, though Jonathan Kent‘s production promises to last. Other than these productions, there was plenty to be proud of. ENO’s revival of Ariodante was one of the best things I’ve heard all year, as well as being an intelligent approach to Handel’s vision of the Enlightenment, and their Mafia version of Rigoletto is as sturdy as ever. The ROH excelled in revivals of the Bluebeard/Erwartung double bill (something that will stay in the memory for years), Wozzeck and The Queen of Spades, while David McVicar’s wonderfully evocative Figaro is easily the best new production of the year (though Opera North’s extraordinary Peter Grimes is a strong runner-up). And Keith Warner‘s genuinely epic Ring cycle reached its conclusion with a stirring Gtterdmmerung. ENO impressed with new productions of Monteverdi’s Orfeo, King Arthur and Jenufa, and the revival of Nixon in China was widely regarded as an important cultural highlight.

It’s been a marvellous year for the London Symphony Orchestra, who gave their all in their final concerts with Sir Colin Davis as Principal Conductor. L’enfance du Christ, Fidelio, the Missa Solemnis and Beethoven’s Mass in C reminded us of his skills as a choral conductor, while his return to Sibelius’ symphonies was also highly rewarding. The orchestra’s other significant achievement this year was their often eye-opening cycle of Beethoven’s complete symphonies, with Bernard Haitink at the helm.

Other highlights of the year included visits to London by violinist Midori, soprano Karita Mattila, the Berlin Philharmonic under Sir Simon Rattle and a tribute to critic and musicologist Michael Kennedy by the Hall Orchestra and Mark Elder. It wasn’t the best Proms season in living memory, but Charles Mackerras, Valery Gergiev, Colin Davis and Simon Rattle provided some joy along the way.

A number of memorable recordings issued this year make it difficult to chose the absolute best; for me, it’s a tie between Claudio Abbado‘s new Magic Flute and Krystian Zimmerman‘s new account of Brahms’ First Piano Concerto. Other special new issues are the first complete recording of Vivaldi’s Griselda, the DVD of Handel’s Giulio Cesare from Glyndebourne, Michael Collins’ recording of two Mozart Serenades, and Juan Diego Florez in the DVD of Donizetti’s La fille du regiment.

In all, not a bad year. Who knows what next year will bring? Keep checking back with us to find out