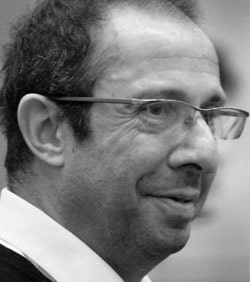 Audiences currently attending The Royal Opera’s Stiffelio are being presented with a naturalistic interpretation of Verdi’s opera with no conceptual excesses.

The production is the work of one of our most prolific opera directors, Elijah Moshinsky, who is renowned for his “traditional” approach, one that continually excites for its dramatic qualities and rarely delves into the world of fanciful conceptualising (although he was once sacked from Scottish Opera for wanting to set Act 2 of Parsifal in a New York gay bar with Kundry as Bette Midler).Moshinsky’s re-appearance at the Opera House to rehearse the revival of Stiffelio is characteristic. He almost always insists on doing this himself, rather than leaving it to a revival director, which ensures that the productions continue to stay alive with his vision of the opera. Because this is a production dating from 1993, his interpretation has inevitably changed. Following a divorce himself in the intervening years, Moshinsky now sees this aspect of the drama very differently.

“I saw the scene when Lina signs the divorce paper as something of a tear-jerker when I first did it. I now think it’s an opera about a man who’s estranged from God and Lina is a woman who is morally bankrupt. She’s not an attractive character; interesting but not attractive. We’ve been experimenting in rehearsal with a different ending this time but it hasn’t worked out.”

It’s clear that 14 years after first directing the production, he is still finding rehearsing it a creative process. “Stiffelio is like Otello, a man standing on the brink of madness and you have to explore that. The first time, we did it with Carreras, who was recovering from leukaemia. He may have looked like a man struggling through a spiritual crisis but we were really just trying to get the performer through it. The intensity of just getting through made it look like acting but we never actually explored the scenes. This time with Jose Cura, we’ve been able to do much more.” With Cura attending rehearsals over a five week period, it was possible to delve into the text much more deeply.

Working on Stiffelio, with its Ibsenesque feel, is clearly close to working on a theatre play for Moshinsky and provides him with the sort of opportunities for psychological investigation that he relishes. He talks fondly of working with John Vickers, who would learn text first and music later, giving an emphasis to the dramatic qualities of the work.

“People assume it’s a love story but there is no sentiment expressed at all.”

“Verdi was a great experimenter in form and Stiffelio is different from any other of his works. People assume it’s a love story but, unlike Traviata where Violetta clearly falls in love, none of that happens here. There is no sentiment expressed at all.” This emotional starkness gives Stiffelio the feel of an Ibsen play or a Russian novel. “Trovatore (his production was revived at the Royal Opera House recently), is different again; it’s all arias and you have to deliver it out front so there’s no scope for naturalistic acting.”

Moshinsky doesn’t see himself as a “career director” and he now only commits himself to projects that he really wants to do. There was a time when he’d do anything he was given, in part to pay the rent or his children’s school fees, but now he’s very choosy about what he directs. “I was doing too much and it was ruining my happiness. The work was getting patchy and losing its spark. There’s no great thrill in going to New York, staying in an unheated apartment and struggling with the monsters in the pit.”

He speaks disparagingly of New York’s Met Opera, which he says he’ll never work at again. Directing there was a matter of gritting his teeth and getting on with the productions but what they are looking for there, “straight dull productions with no exploration”, doesn’t suit him at all. “They can’t get it together artistically. I did a slightly Brechtian production at the Met early on of Un Ballo in Maschera with Pavarotti and Ricciarelli and set it in the American Revolution and they found it too avant-garde and couldn’t cope with it, although it was nothing particularly difficult.”

“In the USA, they’ve lost the plot culturally just as much as they have politically”

He’s currently writing a book about the relationship between politics and the opera and how the world’s opera houses closely reflect the wider picture. “In the USA, they’ve lost the plot culturally just as much as they have politically. Meanwhile, under Blair, it’s all about accounts and marketing.”

Early in his career, when he was an assistant at the Royal Opera, he feels he was given a brief to create “classic” productions, in the tradition of the Visconti and Zefferelli ones that predominated at the time and would go on for decades (the latter’s Tosca was only replaced last season after 40 years).

Film directors have had an important part in shaping Moshinsky’s style. He once worked with Ingmar Bergman and sees him as a major influence. This is reflected in the highly naturalistic style of acting he draws from singers and the need for everyone on stage to know exactly what they’re doing and why. This includes each and every chorus member, who he treats as individuals with their own motivations and actions. “You have to trust choristers as talents and feed them ideas just as you do the principals.”

Moshinsky has had some success in directing Wagner (his revival of Lohengrin at the Royal Opera with Waltraud Meier a couple of years ago was outstanding) but he’s never been keen to commit himself to the task of directing The Ring. His more “traditional” approach is not so fashionable these days although he has been asked five times to direct it (and has turned it down five times). “You have to be enormously intelligent to take it on and I don’t understand it sufficiently. I assisted Gtz Friedrich here many years ago and that was a wonderful production. He was a major talent and could convey his ideas to great artists like Donald McIntyre (as Wotan) and Gwyneth Jones (Brunnhilde). The conductor is crucial too. There aren’t many Goodalls around nowadays.”

“There are views on human nature in The Ring that I don’t like. I have serious doubts about it as a work.”

Despite these reservations, does he harbour any secret desires to take on this enormous challenge? “I’m 62 now and it’s not going to happen. But I also don’t want to. There are views on human nature in The Ring that I don’t like. It’s the beginning of decadent thought and I have serious doubts about it as a work. Besides, if you don’t know how to do it, you just don’t do it”. He doesn’t feel the same way about Parsifal or Tristan, which he’s directed twice before.

He’s outspoken in his views on fellow artists, quick to criticise those who direct for the sake of it or aren’t up to the job. He’s equally prompt to defend singers who have reputations for being difficult. “People say that Angela Gheorghiu is difficult but she’s not. I hate it when people say that. She just can’t bear rubbish. Jon Vickers (directed by him in Peter Grimes) was a truly extraordinary heroic tragic actor but he was a perfectionist. That’s not being difficult; these artists just don’t suffer fools gladly. I love singers to be demanding because I’m capable of doing lazy work.”

“Besides,” he says, “people say I’m difficult to work with.” As Jon Vickers said of working with Maria Callas, ultimately what’s important is the results. If Elijah Moshinsky can be challenging, the proof is in the quality of the work onstage. Operagoers can judge his latest take on Stiffelio at the Royal Opera House until 10th May.