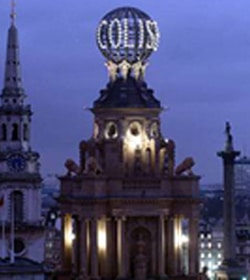 If the creative team at English National Opera is putting an optimistic gloss on the company’s potential problems, they have plenty new to boast about. At the press conference to launch their 2007/8 season, they were keen to stress how much there is that’s new in their future plans.

While Nicholas Hytner’s production of The Magic Flute is getting its 12th outing, we are assured this is its final revival and it is, after all, only one of three productions in the programme that have been previously performed at the Coliseum.

For the full listing for the 2007/8 season click here

There’s the possibility of Sunday performances, something the Royal Opera House has beaten them to and still subject to negotiation with the unions who, with the prospect of redundancies and contractual change hanging over them, may not be over-ready to comply.

On a more positive note, there’s the recently appointed Musical Director, the boyish Edward Gardner, as a breath of fresh air around the Coliseum. He is currently rehearsing Britten’s Death in Venice and lined-up for a spate of operas during the coming year.

In the biggest departure for the company, they are linkingup with David Lan’s Young Vic theatre, for a couple of new productions of contemporary work. It’s a shame that one of them, Birtwistle’s Punch and Judy collides with the Royal Opera’s Linbury presentation of the same work you wait 35 years and two turn up together.

Lan seems to be turning his South Bank based theatre-in-the-round into something of a mini opera-house with these collaborations (the other is Lost Highway, based on David Lynch’s bizarre film and with music by Viennese composer Olga Neuwirth). They follow hot on the heels of The Opera Group’s The Enchanted Pig and Tobias and the Angel, the latter having opened the refurbished venue last autumn. The ENO/Young Vic project is an exciting move for both organisations and may help in that holy grail quest of reaching out to new audiences.

The ENO’s senior team are pushing their future as a “more flexible artistic model” for the company, although they are not easy to draw on exactly what this flexibility consists of. It appears that extra performances can be put in quickly and presumably means productions that are under-performing, like the recent re-run of The Gondoliers, could be pulled as easily. The new structure will include blocks of performances, rather than the more usual repertoire system; how customer-friendly this will be remains to be seen.

No less than 11 of the 2007/8 productions will be new to the house, although several, such as Aida, with designs by Zandra Rhodes (“if you know her work, you won’t be disappointed”, we are promised), are co-productions with other houses. Prominent among these is Candide, which has been courting controversy (lampooning world leaders shock horror!) at the Thatre du Chatelet and La Scala. David McVicar’s Scottish Opera production of Der Rosenkavalier with a fabulous cast of Sarah Connolly, Janice Watson and Sarah Tynan, looks very promising.

The season will see the ENO’s first ever production of Lucia di Lammermoor, directed by David Alden who scored a big hit with the Olivier-winning Jenufa last year. Following her personal success as the title character in that production, Amanda Roocroft has been rewarded with The Merry Widow, where she’ll be teamed up with Classic FM darling Alfie Boe. David McVicar does Britten (The Turn of the Screw) will be more appealing to a different audience.

Speculation about the possible withdrawal of funding and consequent collapse of the company is hardly likely to feature in an organisation’s press relations campaign. It is something that must be a serious concern for the company, though, and they would have us believe that they are focusing all their attention on bringing all new plans to fruition. As Artistic Director John Berry says, the spending review for 2008 is going to affect a lot people. With funding inevitably under threat from the Olympics over-spend, and with new personnel soon in Downing Street who are unlikely to be any less philistine than the outgoing, everyone has reason to be nervous about the coming years. If English National Opera can keep their eyes on their vision and fight off the threats, however, operagoers in London can look forward to a positive and exciting future.

For the full listing for the 2007/8 season click here