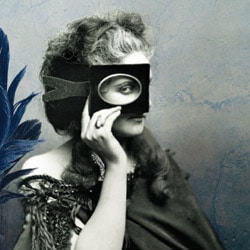 During 2009, English Touring Opera will celebrate three decades of touring to otherwise opera-starved regions of the UK. Having flourished for so long is quite an achievement and the company now finds itself on the verge of launching its most ambitious venture to date.

In the autumn, ETO will present five Handel works, something undertaken by no other opera company in the world. Describing the programme as their “Handelfest”, they will tour Teseo, Flavio, Tolomeo, Alcina and Ariodante during October and November, making a major contribution to the 250th anniversary of the composer’s death.

Before that, ETO will present two operas as its Spring season: The Magic Flute and Katya Kabanova, both in new productions. This will be their first stab at Janacek’s opera and the first time for many of the towns they visit to see this late masterpeice. Spring 2009 will also see a series of concert performances of Norma, Bellini’s powerful story of love and betrayal set among ancient druids.

In their 30 year history, ETO have produced over 100 operas and every year they give around 100 performances to some 50,000 people across the country, visiting 22 regional venues where arts provision, especially opera of such quality, is limited. It’s more than any other national opera company in Britain can claim.

Starting as Opera 80 in 1979 (they changed the name 13 years later), English Touring Opera has played a part in starting the careers of some of Britain’s most successful singers, including Sarah Connolly, Susan Gritton and Mary Plazas. Amongst the wealth of new talent this year, the company boasts the participation of established singers like Yvonne Howard (who will sing Norma).

The tour of The Magic Flute and Katya Kabanova will begin at the company’s regular launch venue of Hackney Empire on 12 and 13 March and then play at towns from Truro to Buxton, from Perth to Poole (full listings). Norma will drop in to Cadogan Hall in London and various other venues, including the unlikely location of Exeter Cathedral.

The Handelfest will launch at the Britten Theatre (at the Royal College of Music) during the week commencing 15 October and the whole package will subsequently appear in Malvern, Exeter, Bath, Snape and Cambridge (full listings). At each stop on the festival tour, the company will host lectures, discussions, recitals and masterclasses, in addition to the main programme.

General Director James Conway promises that “this celebration of three decades of English Touring Opera will be one to remember”.

One hears rumbles, in the current economic climate, of keen operagoers looking beyond the main houses to get their regular fix. With travelling into the big cities and paying top dollar for tickets starting to look prohibitive for many, checking out ETO’s schedules seems a good idea.

Budget quality opera could well ride out the threat of ongoing recession and 2009 should turn out to be a good anniversary year for both Handel and English Touring Opera.