by Melanie Eskenazi
published: 29 May 2014 in Classical and Opera Features
Tweet 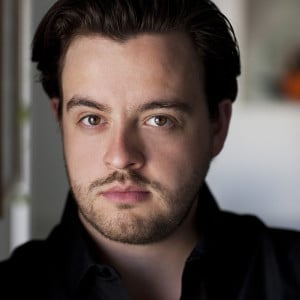 This week sees the 80th anniversary of the opening of the very first Glyndebourne festival, originally billed as the ‘Mozart Festival in Italian’ so it seems especially appropriate that almost exactly to the day of this auspicious event, we managed to catch up with Ben Johnson, the tenor who is to sing Don Ottavio in the upcoming Don Giovanni, as he rehearses his role in this much-loved Jonathan Kent production.

Ben is not a Glyndebourne debutant this year, having made a very distinct impression with his Novice in the 2010 Billy Budd, so it seemed natural to ask him about what it is that makes Glyndebourne such a sought after venue, not just for audiences but for performers, too; “It’s an inspiring place, incredibly so – there are of course other houses which have a wonderful history, but Glyndebourne brings together its history, its ethos; that exceptional rehearsal period, the truly personal and ‘family’ feel you get from the entire staff – and of course the idyllic, Arcadian setting.”

Ottavio isn’t the easiest of parts to play, and it’s clear that Ben does not ascribe to the view that he’s a bit of a wimp or a doofus – “For me, it’s his essential nobility that should be captured; he does everything right, he’s the one who holds to the genuine concept of what it is to be not only a friend and a lover but a gentleman, too, and that of course breathes through every bar of his music. If you can get that sense of his noble character, then that’s most of the difficulty done with, I think.” Does he feel ‘cheated’ at not being allowed both the tenor arias (the work is to be given in the 1788 Vienna version) – “No, not at all – this one makes complete sense to me, it’s all of a piece, and there is plenty of opportunity to show that Don Ottavio is not merely a cipher.”

So-called ‘Director’s Opera’ is not something which worries this tenor too much – “Most of the time, I find that directors’ ideas have pretty good reasons behind them, and if they don’t, then I’m going to find out why! For example, Peter Konwitschny’s ENO Traviata (in which he sang Alfredo) was a very stark, very different production – no interval, focusing on what Peter called Violetta’s use of Alfredo as “a partner in her struggle to delay her own death” – and it was brilliant, he totally convinced me, and I found it such a rewarding experience.”

Jonathan Kent’s production of Don Giovanni is set in the late 1950s / early ’60s, which Ben sees as working well, since at that time “There was still a certain formality in terms of social structure but things were changing.” It’s going to be an exciting version, he says – “We have the most fantastic Don in Elliot Madore” (those who were at Glyndebourne last year for Madore’s house debut as Ramiro in L’heure Espagnole will not be surprised at that!) “and our maestro” (Andrés Orozco-Estrada, making his Glyndebourne debut) “is really going to have an impact!” Given that the latter is about to take up not only the position of Principal Guest Conductor of the LPO, but also that of Director of the Houston Symphony and Frankfurt Radio Symphony orchestras, one is inclined to agree.

Ben’s special quality, one which has been remarked upon ever since he won the Audience Prize at the Cardiff Singer of the World competition, is the ability to sing Italian music with the sort of heft behind the tone which might lead to his being seen as untypical of an ‘English’ tenor. He’s wary of this, since as he says, most of his musical training was at the Royal College of Music (under Neil Mackie) and he has a deep respect for the great choral traditions, yet he’s also a singer who places Pavarotti firmly in the top position amongst his influences, “Not just for his voice itself but his incredible technique, which is at the heart of all we do.”

You can hear Ben as Don Ottavio at Glyndebourne from June 7th to August 1st, but what does the future hold for him? Most intriguing amongst his future plans must surely be the role of Oronte in Alcina at the Barbican in October, alongside Joyce di Donato and Alice Coote, but he also has yet-to-be official plans of his own, including preparing to sing Peter Grimes – “Yes, I’m studying that role privately and I’m hoping to take it back to its lyrical roots, not to challenge the great interpreters around now but to give a different perspective, because it’s such a multi-faceted role. Peter Pears was a lyric tenor but also a big guy, and there’s room I think for a Grimes who goes back to his characterization.”

For now, though, Ben’s focus is on Mozart, as indeed is Glyndebourne’s in this anniversary year. Mozart has always been the centre of Glyndebourne’s repertoire: as John Christie said in 1957, “…it’s a question of beauty, the most lovely melody, the most perfect musical construction and inevitably a sense of endearment which Mozart must still spread…” and those qualities are of course evident not only in the major works such as Don Giovanni but also in the lesser known pieces such as La finta giardiniera which Glyndebourne is producing for the first time in 2014.