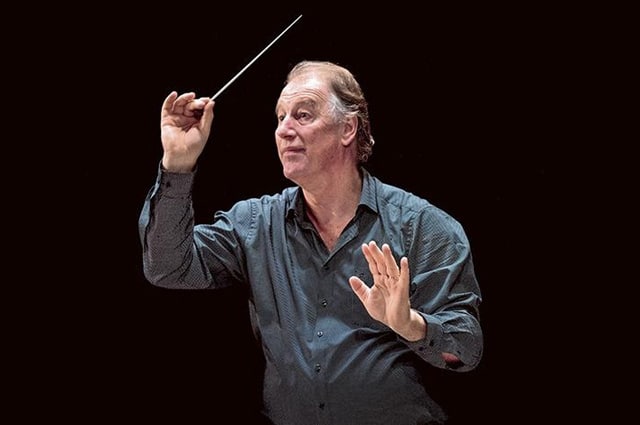 Garsington Opera will present Debussy’s Pelléas et Mélisande on June 16th, with six further performances. The Philharmonia Orchestra will be conducted by Jac van Steen; we caught up with him in the midst of rehearsals to get his take on the work and its staging.

OMH Our readers are very much looking forward to Pelléas after experiencing your conducting of Intermezzo. These are both fairly rare operas in terms of frequency of staging: do you think that this infrequency presents particular problems?

JVS Debussy’s Pelléas – his only evening-length opera – has fluctuated in terms of performance frequency since the beginning of the 20th century, sometimes rather often, sometimes rather less performed; with works of this size and subject this is a normal process. Intermezzo is one of fifteen grand operas by Richard Strauss and has to compete in popularity with Rosenkavalier, Salomé, Ariadne, Frau ohne Schatten etc.

These circumstances do not pose any problems – on the contrary, it shows a company’s bravery to present works the audience is not able to experience all that often. Instead of being a problem, I see it more as a challenge to help the audience enjoy these masterpieces.

OMH Simon Rattle said that Pelléas is “one of the saddest and most upsetting operas ever written” yet, he is miserable if he does not do it every five years or so. Do you have similar feelings about the work?

JVS To be honest, I find it hard to put an emotional label on Debussy’s score: the work is a cosmos in its own right. Besides, it will be hard enough to keep myself totally controlled in terms of conducting at the very end of the opera without allowing one or two tears to knock on my emotional door.

Already during a very premature studio run (no orchestra, no set, no original lighting, no real stage etc.) many of us, including myself, could not find words to express what we felt. We were all deeply touched not only by its utter sadness but at the same time by its incomparable beauty.

Pelléas is one of those works that touches all of us deep in the centre of our being.

OMH Debussy’s own attitude to Pelléas was very emphatic in that he wanted to “emphasize the simplicity” in it, having spent twelve years “removing anything parasitic that might have crept in to it.” Do you think that this very ‘simplicity’ makes it a difficult piece to perform?

JVS Simplicity – or in this case I would rather speak of ‘purity’ – is in most of the performing arts the most difficult discipline to achieve.

In short, yes. It is difficult to get rid of traditions of other styles, get rid of bad habits, get rid of (over)sentimentality without being too academic.

Debussy‘s words to the performers of the premiere: “First of all ladies and gentlemen: you must forget that you are singers.” Tell us everything.

To be able to perform Debussy’s music rightly, you have to be a top class singer, and I feel privileged with the Garsington cast: great singers with an enormous sense and sensitivity for style.

OMH Debussy also said that he had never tried to use it “to revolutionize anything whatever.” Yet it seems to most people to have been a revolutionary work in its time. Does it still seem that way in the 21st century?

JVS There is nothing written like Debussy’s Pelléas, nothing before – and until today in our 21st century with so many different styles, nothing after. It is a lonely planet in its own right and therefore timeless and solitary.

OMH You worked with Bruno Ravella on an Intermezzo which was very clear and faithful to the music; do you have a view on what might be called ‘Director’s opera’ which often seeks to impose extraneous issues on a work?

JVS > is definitely the best director for his own music. I feel myself very lucky to work with Michael Boyd as he is able to respect the music and its scoring in its own right, and gets inspired by the richness of the orchestral colours. Four very intensive days of score-studies together six months ago proved revelatory, and reading the score with him is a journey through a visionary, psychologically deepened landscape.

OMH Peter Sellars and Simon Rattle (in their semi-staged version of Pelléas) took as their starting point their view that if you look beyond the beauty of the music, you see incredibly damaged people. Is it difficult to bring out both the beauty and the cruelty?

JVS I will try to bring out all the elements of the score and not hide anything. Cruelty, in harmony underlined by a modern use of the instruments – for example lots of muted horns to sharpen the nasty passages (and not just to play softer!) thereby accenting the rhythmic patterns.

Beauty, in harmony and melody, by bringing out the best of aesthetics in tension and phrasing using the time and space inspired by Parsifal.

OMH Given its nature – a kind of medieval fairy tale set in an unspecified past, but also a tragic love triangle – do you think that an almost ‘concert type’ staging is a valid solution to the complexities of Pelléas?

JVS Speaking for myself as an opera conductor, every opera score deserves a good setting in a theatre. Speaking as a concert performer, audiences can enjoy the beauty of an opera score in an ideal acoustical environment. Close your eyes and dream away.

Some scores are not suited at all as a concert piece – like Strauss’ Intermezzo – a purely conversational stage experience – and some scores are surely suited for the concert podium as the audience will be triggered to use maximum imagination from within the music. Pelléas belongs to the latter. However, our production for Garsington proves to be equally justified on stage.

OMH Debussy’s well known definition of music – “Music begins at the point where the word becomes powerless as an expressive force; music is made for the inexpressible” seems to apply especially to this work. Do you think that this makes for particular challenges for the orchestra?

JVS The orchestra not only depicts an imaginary landscape or a colourful palette of emotions, but also predicts, underlines and comments on the mental state of the protagonists. The challenge consists in staying as close as possible to the texture, equally close as compared to the moment Debussy heard the music in his inner self for the first time.

OMH You will be working with the Philharmonia in their Garsington début: what particular qualities do you consider this orchestra brings to Pelléas?

JVS Since the foundation of the Philharmonia, this orchestra has worked with the greatest artists of our time. Conductors such as Toscanini, Karajan, Klemperer, Maazel, Sanderling and in the present, Esa-Pekka Salonen gave the orchestra a very warm, rich and and at the same time detailed quality of sound – exactly that quality is what I want the audience at Wormsley to experience in the richness and abundance of colours in our Pelléas.

OMH Garsington Opera at Wormsley is a very special place for its audiences; we imagine that it must be still more so for those who perform there. What do you think are its special qualities?

JVS A more than welcoming atmosphere by the Garsington organisation in an environment of natural beauty – that just about sums it up! Silences in the music accompanied by sounds of stillness (birds!) and an ideal balance between stage and orchestra.

In short: an artist’s dream.