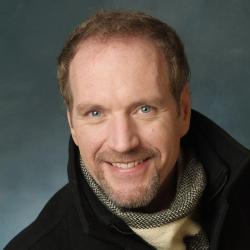 American tenor Kurt Streit is something of a rarity in the opera world: he is both a specialist in a particular repertoire (Mozart) and a good all-rounder, too. He’s famous for singing the title roles in La clemenza di Tito and Idomeneo, but he’s also recently added Bizet’s Don José, Beethoven’s Florestan Monteverdi’s Nero to his repertoire.

The last time we heard him at Covent Garden was in Puccini’s La rondine, and later in the 2006-7 season he returns as Boris in Janáček’s Káťa Kabanová. First, though, he’s here to sing Don Anchise in the Royal Opera’s first-ever production of Mozart’s La finta giardiniera.

What brings him back to Mozart? “I hesitate to use the word, but Mozart is ‘easy’. I have always felt like it’s easier than other things, and other people have told me that, too. What I like – and hate – about this job is that there’s no shortage of opinions. So, on the one hand, feedback can be very aggravating with everyone saying what they think about your singing. On the other hand, you have a large pool of ideas, and people tell you what they think you should do. So that’s handy – you can listen to all of them and get a common thread. If they say you’re a Mozart singer, then you’re probably a Mozart singer!

“That’s how I started out with Mozart and so I started working on things like line and passaggio. And it must have been the right thing, because I’ve been here 21 years now and I’m still doing it. That’s why I come back to it.”

He says that his character in La finta, Podesta, is “interesting, because it’s the slightly older of the two tenor roles in the opera. But it’s normally done by a more stereotypical buffo tenor. I’m glad in this that they’re not requiring me to be like a buffo, because it’s not what I do. I’m happy to be myself.”

La finta giardiniera is by far one of the most underrated of Mozart’s operas. Apart from anything else, its designation as a dramma giocoso sets it out as one of the generic forbears to Don Giovanni (the only one of Mozart’s mature operas to be described as such). Does Streit find it more interesting than its obscurity suggests?

“Yes,” he says. “My character is not very interesting on one level. He doesn’t have a large arc; he doesn’t learn from his experiences in this. That’s the most interesting thing about him: he’s presented with things he could have learned from, but he doesn’t learn from them. He doesn’t know that that’s happening to him – he’s stupid. It’s fun to watch people run round saying ‘I’m important! I’m important!’ and getting red in the face. But the other characters are really interesting, especially Sandrina. She’s this person who’s pretending to be on a different class level to find this guy that loved her but wants to try to kill her. She’s not simple, she’s complicated. Class issues play a role, love issues too. The music is perfect – it’s absolutely mature Mozart. Don’t call it early Mozart. This is the real thing.

“I’m not saying it’s a perfect piece,” he continues. “But it is a developed composer that we’re talking about here. Mozart at 18 is better than most composers at 45 – or ever! Let’s just pretend that Figaro and all the others were never written. OK, he wrote some better operas later; that can happen. But this is an amazing piece of music. You’ll hear Mozart at his best. The finales are astounding – they’re long!”

I ask him about the musical team for the production, which includes John Eliot Gardiner and his period-instrument band, the English Baroque Soloists. “He’s an amazing musician. He does so many things and makes it look easy. I love it when other people bring something to the party that I didn’t know. He sits there saying, ‘Why don’t you do it like this?’, and I immediately wish I’d thought of it myself!

“He sits there saying, ‘Why don’t you do it like this?’, and I immediately wish I’d thought of it myself!”

“I’ve not yet sung with the EBS, but I’m sure they’re fantastic. All the London orchestras are, from the Age of Enlightenment to the LSO – it’s heaven here, I love it! I know I’m going to have a positive experience. Everybody’s so professional.

“The audiences are also great. I have issues all around the world with audiences – I’m not just making this up! For instance, I was singing in Hamburg, and it was not very fun. I was giving my all, I was sweating bullets, and they were so lukewarm. It was Idomeneo and I do it around the world and always have a great success with it, so I was probably expecting more success than I got. I did the same show, I was really happy with it, and it’s an enormous effort. It makes me think, well, maybe I don’t need to come back. But in London, I never have that. I feel honoured to be asked back – I love the city, the audience, and the Royal Opera House.”

There’s a large cast of strong youthful singers in La finta, and Streit clearly has great respect for them. ‘It’s a good team. Camilla [Tilling]’s great – we’ve known each other now for six or seven years. Genia [Khmeier] I didn’t know before, Chris [Maltman] I’ve met just once before. Everyone’s really friendly, and the good atmosphere is conducive to a good show.”

Obviously, La finta is not the most famous opera in the world. So why should people come to see it? ‘Because it’s real Mozart. There are so many levels to it – class themes and confused love. It’s just like life – nothing is black and white. I myself have this relationship where I just love my wife to death! Frustration, love – it’s so like life, full of dichotomies and paradoxes. Sandrina, for instance, is no one thing – she’s upper class pretending to be lower class, she can’t work out what her feelings are. The secondary couple is really interesting too: they are the opera seria contingency, so they’re far too serious for their own good, which makes them funny too.”

“It’s real Mozart. There are so many levels to it – class themes and confused love. It’s just like life – nothing is black and white.”

Next June, Kurt Streit returns to the Royal Opera in a very different role, Boris in Janáček’s Káťa Kabanová. It’s a huge contrast to the Mozart. ‘Well my first job after La finta is Jenůfa in Chicago, and I’ve already done Steva twice, so I’m ready for it. The weird thing is that on my calendar, I have four new Janacek roles. I’m really nervous because I think people are starting to call me a Janacek singer and I think, ‘What do I know about Janacek?’.”

Amongst Streit’s future roles is one of the biggest parts in the repertoire, Britten’s Peter Grimes. ‘My wish-list used to be really long, but it’s getting shorter all the time. I’m an actor-singer; I like to act. I don’t want just to stand on the front of the stage and say, ‘Listen to how well I sing’. For me, an aria is one thing in a long arc. I like to become different people, I find it’s wonderful therapy for me! A few years back, I really wanted to do Loge, Grimes, Lensky, Don José. And I got them all. Now basically the only thing left on my wish-list is Lohengrin, and I know I’ll sing him.”

Amongst the recent additions to Streit’s discography are two DVD releases. “The Idomeneo was an interesting production and the DVD has sold really well – I was surprised because I didn’t really like the production! I’d come straight from a great production in Vienna and here was this guy Pizzi who wanted us to pose in a very old-fashioned way like commedia dell’arte. In the end, I went with it because it’s better to let the director mould you than try to fight him, and it was a great success, both in Naples and on the DVD. The Rodelinda DVD is an old one – that great production from Glyndebourne.”

Another great opera coming up in his schedule is Berlioz’s The Trojans. “Oh, that’s a big sing,” he comments, “as is Erik in Flying Dutchman“. It’s clear that Streit has an enormously challenging repertoire, so I ask what motivates him. “Well, I can do it, otherwise I shouldn’t be doing it. I still get a lot of flak from the press sometimes for trying these heavier roles. But as far as I’m concerned I’m getting hired to sing them – it’s not just me deciding I can do it. I was in Barcelona doing a different opera a few years back and they offered me Erik, and I did Florestan as well, and the press in Vienna said, ‘What is he doing with this ridiculous repertoire?’. But Thomas Moser was telling me that when he was in his early forties and started doing this repertoire, people said exactly the same to him. And look at him now.”

Despite his current status, Streit wasn’t always destined for an operatic career. “I became a singer before I was an opera singer. I was a singer as a teenager and I sang pop music and played guitar. I tried to become a guitarist – that was my first instrument. I didn’t sing in choirs or do those normal things. I was singing, though, so that trained my voice without me knowing it!

“I became a singer before I was an opera singer. I was a singer as a teenager and I sang pop music and played guitar.”

“Then when I was in college somebody stole my guitar and a friend of mine said I should sing and take voice lessons. He said, ‘They’ll teach you a bunch of Italian crap, but it can only help your voice, it won’t hurt it!’. And three and a half years later, I was singing small roles in San Diego Opera, so it was pretty good advice actually!”

When asked, Streit says that his best conductor has been “Nikolaus Harnoncourt. He has a wonderful gift besides all of the ‘givens’ – fantastic musicianship and knowledge – he has a gift of being able to bring out the best in you. He’s not at all one of those tyrant conductors that says, ‘You will do it this way’. He goes with the flow, yet he always has something to suggest. He knows I’ll give things a good try, and he has a lot to add. It’s very encouraging and empowering. He’s given me some great roles.”

“Simon Rattle is the other one. I like people who show their personality in their music, and bring out the best in the singers. Then I will work my best.”

One of the biggest revelations of the interview is that his main role-model is Philip Langridge. “When I hear him sing I think yes, I want to go in that direction too. He’s about ten years older than me and everything I want to do, he’s done ten years earlier! I can’t compare myself to Nicolai Gedda, much as I love his singing, because he’s like Superman. But I really like Philip Langridge’s singing, and I like his career and repertoire. That’s what I aim for.”