Easter is celebrated by Melanie Eskenazi with a different kind of religious music. 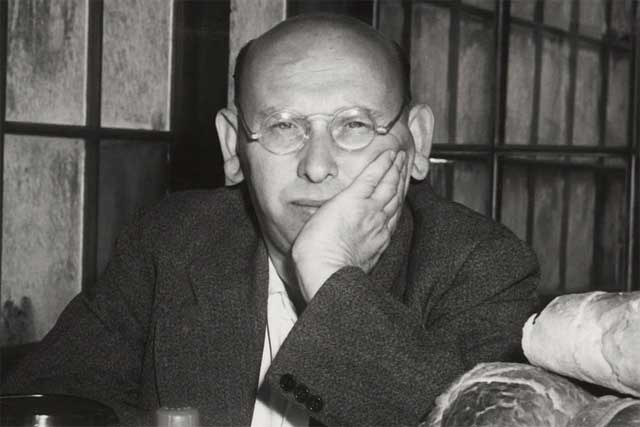 Easter Sunday is commemorated in an unusual way by the 20th century composer, Hanns Eisler; his setting of Brecht’s melancholy poem is heard to best advantage in the recording by Matthias Goerne and Eric Schneider: Goerne has called the Hollywood Songbook, from which this song is taken, the “Winterreise of our time.’

The halting steps of the piano’s dotted rhythms portray the poet’s anxiety – “Today it’s Easter Sunday” yet the mood is far from joyful, since a cold wind has blown in from the sea, chilling the early Spring growth and leaving a little apricot tree unprotected from the snow. Its nascent buds are vulnerable despite its position near the house, and the poet’s son anxiously asks if they can cover it. Eisler sets the phrase ‘Mein junger Sohn’ with tenderness, in contrast to the previous bleakness.

The poet had been engrossed in writing a polemic against all those who seem to desire war above all things, threatening the continent and his own family, the last phrase gently shaped by Eisler. The son’s innocent urgency bursts in on this, and Eisler’s music finely conveys the contrast; the threatening inherent in “Vertilgen muss” (must devour) and then the wonderfully matter-of-fact narration – “Schweigend / Legten wir einen Sack / Um den frierenden Baum.” (Silently, we wrapped a sack around the freezing tree.” )

Like the family, like the country, the tree is innocent, vulnerable and yet may bear fruit if they have saved it in time – the final word is left to the piano, which suggests the same kind of hesitant hope as Schubert gives us at the close of Frühlingstraum.

We hoped you’ve enjoyed our daily Easter celebration. Here’s to returning to a peaceful normalcy soon.