Music for Holy Week: Holy Tuesday – Haydn’s ‘The Seven Last Words of Our Saviour on the Cross’

If it’s Tuesday, it must be Haydn. Benjamin Poore picks this composer as a must for Easter. 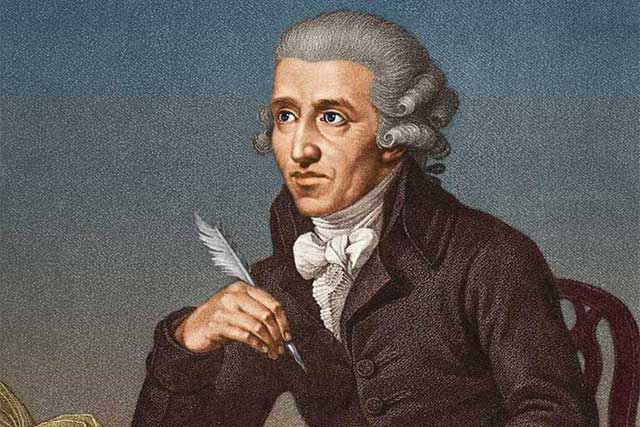 In 1786 Joseph Haydn received a challenging commission from a priest in Cádiz. He was to compose incidental music to a series of sermons on Jesus’ final expressions from the cross: The Seven Last Words of Our Saviour on the Cross. It would first appear as an orchestral work, rearranged one year later for string quartet – the form in which this strange and ambitious work is best-known today. “It was no easy task”, Haydn would write in 1801, “to compose seven adagios lasting ten minutes each, and to succeed one another without fatiguing the listeners; indeed, I found it quite impossible to confine myself to the appointed limits.”

Apart from Shostakovich’s 15th string quartet, it is hard to bring to mind any other examples of multi-part works made up entirely of slow movements. Haydn’s compositional inventiveness, though, sees him write a luminous and reflective masterpiece – a fitting counterpart to the very architectural space for which it was conceived, the Oratorio de la Santa Cueva, an underground church. “The effect of the performance”, Haydn wrote, was “not a little enhanced by the following circumstances. The walls, windows, and pillars of the church were hung with black cloth, and only one large lamp hanging from the center of the roof broke the solemn darkness. At midday, the doors were closed and the ceremony began.” Paintings by Goya decorated the church.

The seven ‘sonatas’ that make up musical responses to the text are remarkable for their harmonic range, as daring, one musicologist noted, as Beethoven’s Op.131 quartet. This coloristic variety gives the music the feeling of being all-encompassing and emotionally far-reaching, calling forth dignity, tenderness, sorrow, reconciliation, and weariness. Alfred Brendel describes the piece as “musical meditations trying to achieve a simplicity that communicates an essence of feeling, and, by means of musical restatement and repetition, establishes a kind of mantra.”

The final movement, Il terramoto, depicts the terrible earthquake that rages at the moment of Christ’s death, exploding out of the work’s celestial slowness with astonishing vigour and fury. Its pictorial powers feel ahead of its time, and reminds us of the vivid musical landscapes of his late masterpiece The Creation. Goethe would call Haydn “a genius of veritable originality who in form and substance rises above his time like a phoenix”; it is hard to think of a more striking example of his inventiveness and resourcefulness than this work.

Many quartets have recorded the work, sometimes offering alternative supplementary texts in place of the “words” that draw out the work’s spaciously existential character and humanist impulses. The Aeolian Quartet interpolated texts by Edith Sitwell, Edwin Muir, John Donne, and George Herbert, read by tenor Peter Pears. The Brentano String Quartet commissioned Mark Strand to produce an original poem to accompany the music.

Jordi Savall and the Le Concert des Nations offer another striking realisation of the piece, this time in its original orchestral version, performed in the Oratorio de la Santa Cueva, marking the 200th anniversary of Haydn’s death. The musicians are bathed in low blue light, in an atmosphere of intense mystery; Sonata IV, ‘Eli, Eli, lama asabthani’ (‘My God, why have you forsaken me?’) reaches extraordinary depths of despair and loneliness.