Bampton Classical Opera is currently doing more than any other company to put Salieri’s operas back on the map in the UK. We look at its 2021 plans where the focus is on Gluck. 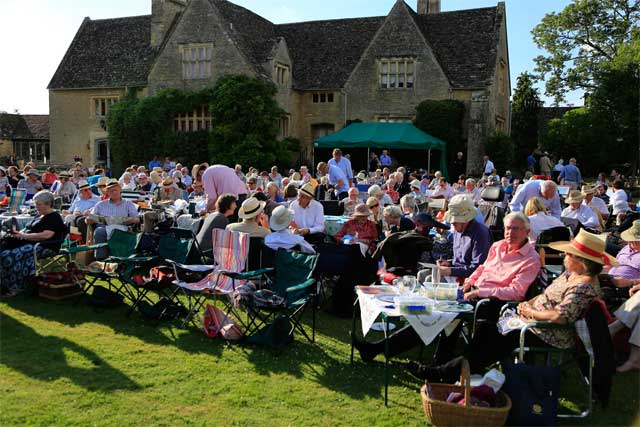 Founded in 1993 by its current artistic directors Gilly French and Jeremy Gray, Bampton Classical Opera focuses on bringing little known eighteenth century works to public attention once more. Over the years it has presented three operas by Salieri (Falstaff, La grotta di Trofonio and La scuola de’ gelosi) as well as creations by Nicolò Isouard, a Maltese composer so famous in his day that he enjoys a bust on the Palais Garnier, and Stephen Storace, brother of the renowned soprano Nancy. In fact, its 2019 production of Storace’s Gli sposi malcontenti (performed in English as Bride and Gloom) is currently shortlisted for an International Opera Award in the Rediscovered Work Category.

It has also explored lesser known works by Gluck, and, after COVID-19 forced it to put its 2020 plans on hold, is planning to present two of his operas this year. The first of these is his 1765 composition La corona, which will appear in concert performances at St John’s, Smith Square on 18 May and University Church, Oxford on 22 May. Tickets are already on sale, and the first of the performances will be filmed and available to watch at the Bampton Classical Opera website for £8 from 23 May.

The one act ‘Azione teatrale’, which will be sung in Italian with a linking English narration, glories in the sensuous beauty and virtuosity of the soprano voice. It opens with a three-movement Overture, is followed by six arias of varied colour and character as well as a duet, and concludes with a ‘chorus’. It was written for four Viennese Archduchesses, daughters of the Holy Roman Emperor Francis I and the Empress Maria Theresa. Gluck had already composed Il parnaso confuso, which Bampton performed in 2014, for these young singers and both works set words by Pietro Metastasio. Each was intended for imperial family celebrations at the Habsburg court theatre, although La corona was abandoned due to the Emperor’s sudden death and did not enjoy its first performance until 1987, at the City of London Festival on the bicentenary of the composer’s death.

La corona, which derives from a story in Ovid’s Metamorphosis sees Meleagro, Prince of Calydonia, gather a troupe of brave heroes to hunt and slaughter the ferocious wild boar, sent by the goddess Diana to devastate his realm. However, the opera is concerned not with masculine prowess and bravery but with the role and ambitions of women. Atalanta, Climene and Asteria debate whether to join the chase, angry that only men can have the honour of gaining the crown of victory. When they consult Meleagro he says the task is men’s work and warns that they will endanger themselves. Nevertheless, the women cannot hold back with the consequence that Meleagro is able to kill the boar, but only after Atalanta has wounded it. With each recognising the contribution of the other, both prove reticent to accept the crown, with them ultimately deciding to offer it instead to the real Emperor Francis I.

Although Gluck often reused material from his earlier works, all the music for La corona was composed afresh. The dynamic Allegro that concludes the Overture, however, was to reappear in a new guise five years later in the Overture for Paride ed Elena, and also forms part of the final duet for the ill-fated characters. It is this opera that the company will be presenting fully staged in the garden of Bampton Deanery on 23 and 24 July. Tickets are also available for this now, but because of social distancing numbers are limited to 100 per performance in the first instance. While this may increase if the COVID situation allows, if you wish to attend it is worth booking as soon as you can. Further performances are planned for the Orangery Theatre, Westonbirt School on 30 August and at St John’s, Smith Square on 24 September, with booking for these events opening soon.

For further details of both operas visit the Bampton Classical Opera website. Details on how to book for each event are provided on the booking page.