by Barry Creasy
published: 18 May 2017 in Classical and Opera Features
Tweet 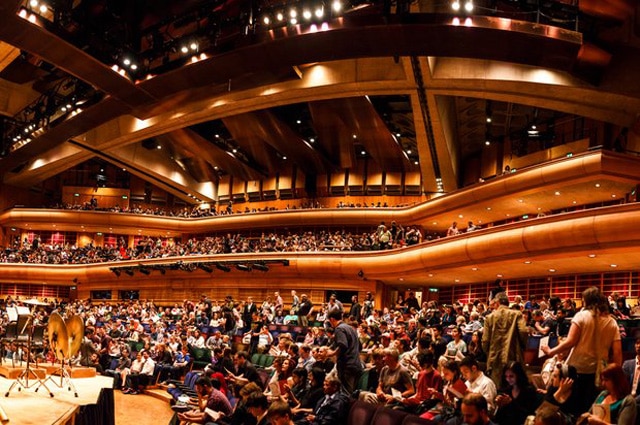 The Barbican’s multi-arts 2017-18 season is entitled ‘The Art of Change’. It is a response to last year’s Brexit vote, and the UK’s seeming shift to a more inward-looking perspective, and aims to promote the institution’s reputation as an outward-looking, border-breaking hub for the creative arts. The season, as Sir Nicholas Kenyon, The Barbican’s Managing Director, puts it “…is a timely look at the dialogue that exists between art, society and politics”, and explores, under three main strands (Changing Times, Changing Perceptions and Changing Society Now) “…the current and potential role of artists and the arts in bringing about change”.

In a sense, it is an easy theme to work with, as the arts have always been seen as not only a commentary on society – a summation of zeitgeist – but often as instruments of change in perception or as the idents of political or social movements, and it is to be assumed that the Barbican’s musical offering for 2017-18 will continue to contain works and performers from all periods and from nations and cultures beyond the UK. An ironic twist that can have escaped no-one, though, is that all of the showcased musical items in the season have connections to the USA, a nation that, even more than the UK, seems to be slamming its doors shut to outside influence, and seems set to overturn some civil rights’ achievements of its past.

In his first full year with the LSO – The Barbican’s resident orchestra – Sir Simon Rattle will be conducting the orchestra on 13 January 2018 in a performance of Nathaniel Shilkret’s portfolio work, Genesis Suite. Shilkret was heavily involved in the early development of the USA’s music recording and broadcasting industry, and, in 1943, conceived the suite as a response to the horrors of World War Two and those displaced by it. It is a collaborative work for narrator, orchestra and chorus, including movements by Shilkret himself, Darius Milhaud, Arnold Schoenberg, Igor Stravinsky and Mario Castelnuovo-Tedesco.

A different window into the USA’s past will be opened by Wynton Marsalis and his Jazz at the Lincoln Centre Orchestra, who return to The Barbican for an International Associate Residency from 26 February to 1 March. As part of the Residency (on a date to be announced) the orchestra will recreate Benny Goodman’s 1938 Carnegie Hall jazz concert – the first interracial musical event to be held at that venue.

The contemporary American composer and pianist Jake Heggie now has thirteen stage works to his name, but his first opera, Dead Man Walking (2000), is arguably the most popular, with over 40 productions world-wide. It recounts the story of Sister Helen Prejean, who, through her contact with a death-row prisoner in Louisiana, became a passionate advocate for the abolition of the death penalty. The opera receives its UK première on 20 February 2018 in a concert-staged performance in Barbican Hall.

The work of another contemporary American composer, Ted Hearne, marks the arrival, next year, of Gustavo Dudamel and The Los Angeles Philharmonic at The Barbican – also for an International Associate Residency. The Residency, from 2 to 4 May, includes performances of Beethoven 9, Shostakovich 5, Bernstein’s Chichester Psalms and Varèse’s Amériques, as well as a new Barbican commission by Esa-Pekka Salonen. Hearne’s new oratorio Place (due to be premièred in Los Angeles in April) will receive a UK performance by The LA Phil New Music Group on 3 May. Set “… in a country at a crossroads where the intersections of manifest destiny and gentrification meet history and personal experience”, the oratorio explores “…the complex and contentious map of the place we call home”.

The Parents Music Resource Center was an American committee formed in 1985 with the goal of increasing parental control over the access of children to music deemed to have violent, drug-related or sexual themes through a labelling system on albums. In 1985, the committee released a list of ‘The Filthy Fifteen’ – the fifteen songs that they found most objectionable – including songs by Prince, Madonna, Twisted Sister, Def Leppard, Black Sabbath and, of all people, Sheena Easton. On 1 May 2018 at Milton Court, the virtuoso percussionist Joby Burgess, together with his audio-visual collective Powerplant, will perform Nicole Lizée’s The Filthy Fifteen, a multi-sensory 2016 work inspired by the list, together with pieces by Graham Fitkin, Will Gregory and the première of a new work by Linda Buckley.