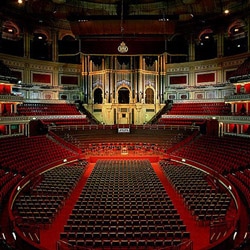 Nicholas Kenyon was in bullish mood as he announced the details of the Proms, season 113. As well he might be, for though he leaves his post as director in October, he has overseen twelve years of consolidation and subtle progression for the festival.

Put in context, those 12 years make up just a small portion of the BBC’s sponsorship of the event, which now stretches back an impressive 80 years.When the BBC took over from Chappell in 1927 times were hard, and Sir Henry Wood and his orchestra had to contend with dissenting voices among their new employers. New music continued to flourish however – Sibelius’ Tapiola, Ravel’s Piano Concerto and Kodly’s Dances of Galanta all received their first performances at the festival.

And so it remains, eighty years on, with a chance to look back on these and other notable Proms premieres. The first, Walton’s Portsmouth Point overture, opens the festival. The most recent, Judith Weir’s The Voice Of Desire of 2003, finds itself part of an ever more impressive line-up of chamber music concerts in the Cadogan Hall on Monday lunchtimes.

In effectively commemorating themselves the BBC has facilitated a huge choice of music from the last eighty years, providing key signposts in the 20th century. This has its price, mind, as this years anniversary composers Elgar, Sibelius and Grieg find themselves given comparatively short shrift. There is careful thinking behind this, as Kenyon remarked in an aside at the press launch his feelings that Mozart and Shostakovich were perhaps over-represented in 2006.

This is hard on lovers of Grieg especially though, as just over an hour of his music is hardly doing justice to a centenary composer whose melodic gifts continue to be taken for granted. That hour does, however, include Boris Berezovsky playing the Piano Concerto in Prom 43 (16 August).

In his defence, Nicholas Kenyon has gone for quality over quantity where the anniversary composers are concerned. Seasoned Sibelian Osmo Vnska will conduct his Lahti forces with soloists in a rare performance of the complete music for The Tempest (Prom 42, 15 August). Sakari Oramo will bring a part of his Elgar oratorio trilogy to the Albert Hall, The Apostles featuring a starry cast, headed by Amanda Roocroft (Prom 46, 18 August).

Opening night will include Paul Watkins playing Sir Edward’s Cello Concerto, and the first of an unprecedented two performances of Beethoven’s Ninth Symphony. This is Kenyon indulging himself, and us, as a compensation for the loss of the piece last year, when a fire in the artists bar caused the first peacetime cancellation of a Prom. Second time around for the Choral will be in Prom 62 (30 August) with Mariss Jansons, a notable example of a dazzling array of overseas orchestras and conductors.

“In effectively commemorating themselves the BBC has facilitated a huge choice of music from the last eighty years, providing key signposts in the 20th century”

The Lucerne Orchestra heads this list, the ensemble put together as an occasional, elite performing group by Claudio Abbado scheduled to give what is bound to be a memorable performance of Mahler’s mighty Third Symphony (Prom 51, 22 August). Meanwhile a glance at the itinerary for the final week reveals intriguing pairings of conductors and repertoire. None more so than Daniel Barenboim‘s frankly startling selection of Bartk, Ligeti, Enescu and Kodly with the Vienna Philharmonic (Prom 68, 4 September), though he takes in more familiar Schubert and Bruckner for Prom 66 (3 September).

Michael Tilson Thomas twins symphonies by Ives and Shostakovich with the San Francisco Symphony (Prom 64, 1 September), regrouping for Mahler’s Seventh the following night. James Levine brings the Boston Symphony Orchestra to the Proms, a rare visit that includes what promises to be a mighty performance of Berlioz’ La Damnation de Faust.

“Courting the more popular end of the festival will be a controversial choice, as the Prommers are invited to spend ‘An Evening With Michael Ball'”

Such theatricality will be ideally suited to a Proms season that will be paying homage to Shakespeare, headed by a semi-staged performance of Verdi’s Macbeth, Glyndebournes new production conducted by Vladimir Jurowski. The Eternal Muse, as he is known in the Proms guide, will also be represented by Tchaikovsky symphonic poems (Valery Gergiev and the LSO in Prom 59 (28 August)) and in an evening with John Dankworth, Cleo Laine and the BBC Big Band, entitled ‘From Bards To Blues’ (Prom 35, 8 August).

Courting the more popular end of the festival will be a controversial choice, as the Prommers are invited to spend ‘An Evening With Michael Ball‘. This will be the last of five concerts over the bank holiday weekend (Prom 58) and offers irrefutable proof that the Proms’ music is as diverse as its audience!

“Kenyon has also secured an impressive roster of premieres, from the 98-year old Elliott Carter through to Esa-Pekka Salonen and his Piano Concerto, via Pierre Boulez, David Matthews, Aaron Jay Kernis and Harrison Birtwistle”

Kenyon has also secured an impressive roster of premieres, from the 98-year old Elliott Carter through to Esa-Pekka Salonen and his Piano Concerto, via Pierre Boulez, David Matthews, Aaron Jay Kernis and Harrison Birtwistle, who offers the London premiere of Neruda Madrigales in a late night Prom given by the London Sinfonietta (Prom 25, 31 July). In a similarly late tribute to the departed Sir John Drummond in Prom 44 (16 August), the BBC SO will perform Panic, the riotously provocative piece that jammed Auntie’s switchboards on the Last Night of 1995.

There’s just room to mention a further Proms ‘theme’, that of settings of WH Auden and William Blake. Benjamin Britten’s beautiful Serenade will form part of the fourth Saturday matinee at the Cardigan Hall (1 September), Our Hunting Fathers will be sung by soprano Lisa Milne with Mark Elder and the Hale (Prom 19, 27 July), while ten days earlier Leonard Bernstein’s Age of Anxiety symphony will be conducted by David Robertson in Prom 5, ten days earlier. Of course this particular theme will be capped by the Last Night’s traditional setting of Jerusalem, the climax of a concert taken by the BBC SO chief conductor Jiri Belohlavek for the first time.

All combine to offer the uniquely varied experience that only the Proms can boast of – and will ensure a season full of talking points, great performances and stunning music. Mr Kenyon, you really have spoilt us this time.