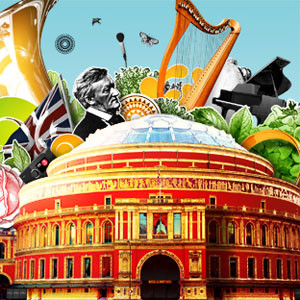 This year’s Proms Festival, which runs for two months from July 12th to September 7th, continues the tradition of bringing the best of classical music to the widest possible audience. Promming tickets have been pegged at £5 for the eighth year running, so if you’re young and/or fit enough, you could hear the entire Ring cycle for just £20.

This was bound to be a big year for Wagnerians; in addition to the Ring, conducted by Daniel Barenboim and with a starry cast including Nina Stemme and Bryn Terfel, there will also be a Tristan conducted by Semyon Bychkov, a Tannhäuser under Donald Runnicles, and a Parsifal with the Hallé under Sir Mark Elder. Sadly for those whose preference leans towards Verdi, his bicentenary is less noticeably commemorated, but those other composers with significant  anniversaries, Britten and Lutoslawski, are featured in no fewer than 18 concerts.

There will be 92 concerts in all, with four ‘Last Nights’ around the UK. This year, there will be more television broadcasts than ever before, across BBC One, BBC Two, BBC Three and BBC Four, and as usual every Prom is broadcast live on Radio 3, with audio streamed online in HD quality. Online, the Cadogan Hall Proms Chamber Music concerts will be filmed for the BBC website.

Booking for the 2013 Proms begins on May 11th, and full details of the season are on bbc.co.uk/proms