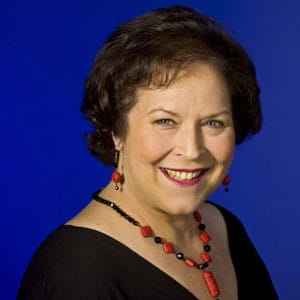 The great dramatic soprano Elizabeth Connell, who died aged 65 in 2012, is fondly remembered for a striking variety of roles. Between 1975 and 1980 she was a regular at the ENO, with memorable performances as Sieglinde, Waltraute and Eboli. In 1983 she switched from mezzo to soprano and embarked upon a second series of remarkable assumptions, outstanding amongst which were her Elisabeth and Leonore. Many of these roles will be recalled in a concert in her memory, taking place at St John’s Smith Square on April 27th.

The concert celebrates her life and artistry but it also launches the annual Elizabeth Connell Prize for young dramatic sopranos, details of which will be announced on the night. Concert-goers perusing the list of pieces to be performed will see that the line-up is a tempting mix of young up and coming singers and more experienced artists – indeed the starry quality of many of the names should entice, even without the prospect of hearing a future prima donna.

Amongst the opera excerpts, perhaps the most eagerly awaited will be Florestan’s recitative and aria ‘Gott! Welch Dunkel hier!’from Fidelio, to be sung by one of the great Florestans of our time, Stuart Skelton; in fact it’s all something of a feast for tenor lovers, with Thomas Moser singing ‘Mein lieber Schwan’ from Lohengrin, Dennis O’Neill performing ‘Mamma, quel vino è generoso’ from Cavalleria rusticana and the very promising young American Michael Spyres taking on that pinnacle of the repertoire, ‘Fuor del mar’ from Idomeneo.

The concert also includes music by Schubert, Richard Strauss and Tchaikovsky, and amongst the singers performing works evoking highlights of Elizabeth Connell’s career will be Yvonne Kenny, Kathryn Harries and Julian Gavin. In the beautiful surroundings of St John’s Smith Square, it should be an evening to remember.