by Keith McDonnell
published: 24 May 2021 in Classical and Opera Features
Tweet

An exciting season of live opera awaits at the London Coliseum. 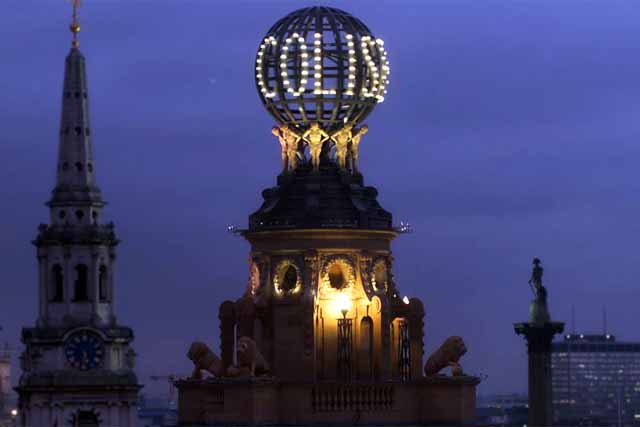 Last week, English National Opera announced its 2021-22 season featuring seven operas – four new productions and three revivals. Mixing the novel with the familiar, their ambition is to be welcomed – especially when you consider what opera companies have had to contend with over the last 14 months. As ENO’s new artistic director, Annilese Miskimmon told us: “It has been a privilege to join the ENO. I was astonished by the gusto with which the company met COVID’s challenges as we continued to make ambitious new work. It is this energy that we bring to our new season, filling the London Coliseum with great opera once again.”

“Part of our remit as the national opera company for everyone means that accessibility is something we build into all of our artistic plans. This season has been designed to offer something for everyone – from audience favourites to bold new works. Autumn’s highlights include the first ever ENO production of  the comic opera HMS Pinafore, Wagner’s The Valkyrie, the first in an ambitious new Ring Cycle, as well as Phelim McDermott’s already legendary Satyagraha.”

Miskimmon touched on it, but the one element that didn’t come as surprise was the new staging of The Valkyrie, which is the start of a new Ring Cycle that they plan to stage one opera at a time over the next four seasons. This was announced a while back, and caused quite a stir in operatic circles. Not only would Richard Jones be directing, but the entire enterprise was being co-produced with the Metropolitan Opera, New York. For New Yorkers this news meant they had seen the last of the much-derided, and eye-wateringly expensive, Ring Cycle directed by Robert Lepage. In trying to keep both the traditionalists and more open-minded opera-going public happy, it succeeded in satisfying neither camp.

We were lucky to see Jones’ first two attempts at staging this opera, for Scottish Opera in 1991 and the Roya Opera in 1994, and both were breathtakingly audacious, so can’t wait to see how he approaches it this time. But what has really got Wagnerians salivating is the cast. The last time ENO staged the Ring, in Phyllida Lloyd’s misguided staging, it was poorly conducted and badly sung. It was as if they’d said: ‘We should do the Ring – where are we going to get the singers from?’ This time round the opposite has happened: ‘Look at all these excellent British singers – we could do the Ring with them.’

And of course that’s exactly the same approach the company took in the ‘70s when they staged the Cycle for the first time. With Matthew Rose (Wotan), Rachel Nicholls (Brunnhilde), Nicky Spence (Siegmund), Emma Bell (Sieglinde), Susan Bickley (Fricka) and Brindley Sherratt (Hunding), this really is the cast of one’s dreams. Music director Martyn Brabbins conducts.

The other new stagings are HMS Pinafore (Cal McCrystal), The Cunning Little Vixen (Jamie Manton) and Poul Ruders’ A Handmaid’s Tale (Annilese Miskimmon). McCrsytal scored a major success with his staging of Iolanthe, so expectations are high for his second G&S outing, which stars Les Dennis as Sir Joseph, alongside an exciting young cast of British talent.

It’s good to see such a promising and exciting director as Jamie Manton get his first big house assignment with one of Janáček’s most life-affirming operas, and Sally Matthews is ideal casting as Vixen Sharp Ears. Brabbins conducts.

Ruders’ opera is the one curve ball of the season, but given the success of the recent TV adaptation of Margaret Atwood’s novel, this should be the perfect time to reappraise the Danish composer’s operatic version. First performed at ENO in 2003, it’ll be fascinating to see it again, especially as this will be Annilese Miskimmon’s first staging for the company since become its artistic director.

“I’m looking forward to making my own ENO directorial debut with The Handmaid’s Tale whilst welcoming as many people as possible into the opera world with our new ticket schemes. Under 21s can now come for free to all our performances, anywhere in the house, and the new Under 35s scheme means that even more people can access ticket discounts across the stalls, dress and upper circles.” This, of course, is excellent news – and to be welcomed. But what about the secret seats scheme?

“We aren’t continuing the secret seats scheme this season – they were introduced to enable access to tickets at an affordable price to a wide range of bookers and help us attract new audiences – as there are now other schemes and prices in place for them. Tickets for everyone start from £10 for another year running and significantly discounted tickets remain available for purchase on the day.”

In addition to the revival of Satyagraha, Jonathan Miller’s evergreen staging of La Bohème returns as does Phelim McDermott’s end-of-the pier take on Così fan tutte. All these are cast from strength – and it’s good to see such diversity as well. “The casts this season are a wonderful mix of British, British-trained and international talent from around the world. We look forward to the return of familiar faces, as well as welcoming exciting musical talent making their ENO debuts. The thorough casting process has taken over a year and each artist has proved themselves to be the perfect fit for their role. We’ve been really lucky to secure so many wonderful artists and we look forward to giving them the stage on which to share their art.”

ENO’s 2021-22 season opens on October 14 with a revival of Philip Glass’ Satyagraha.

Full details can be found here