Handel around the nation. A new live tour from ETO revives a neglected masterpiece. 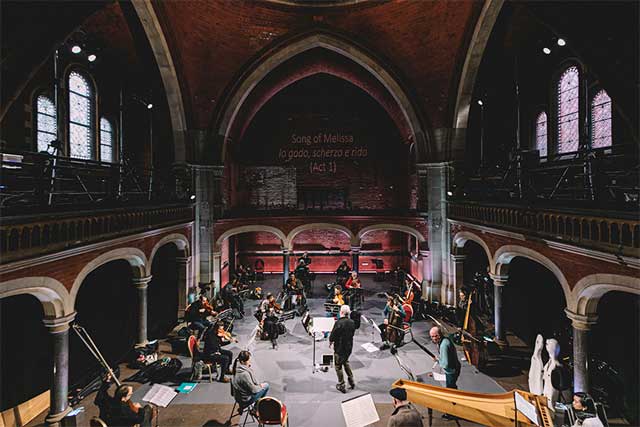 The ever-enterprising English Touring Opera has not been idle during the pandemic – the company has kept in touch with its core audience, and probably added some new admirers via its very successful digital projects – and now they are proud to announce their return to ‘live’ performances. Their season will begin in Autumn with a tour of Handel’s neglected masterpiece, Amadigi.

It’s clearly the year of Amadigi­ – as well as ETO’s version, Garsington Opera will stage the work in June, a most welcome revival. If you don’t know it, pop over to YouTube and look for the aria ‘Sento la gioia’ – there used to be a spectacular recording of this by Lawrence Zazzo, but it looks as if you’ll have to settle for Bejun Mehta at present. No matter– it’s a classic, with all of Handel’s trademarks including a stunning trumpet part.

It would be an exaggeration to say that the entire work equals this aria, but there is plenty more to enjoy. Amadigi is one of Handel’s ‘magic’ operas, somewhat akin to the much better known Alcina. Its scoring is quite understated, allowing ETO’s period Old Street Band to safely perform the full score from theatre pits across the country.

ETO’s Music Director James Conway describes Amadigi as “a joyous, intimate, passionate opera”. We’ll be able to hear and see for ourselves, with the First Night at Hackney Empire on Friday October 1st, followed by a tour to eleven venues in October and November. ETO have released a series of filmed arias from the work, featuring members of the cast, free to view on demand at ETO At Home. This streaming service will also be broadcasting new productions of repertoire by Josquin, Machaut, Handel, Shostakovich and Elena Langer, which will take place over Spring / Summer. Full details at englishtouringopera.org.uk.