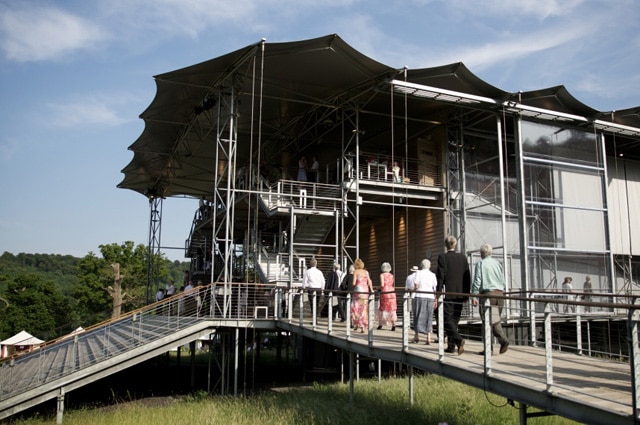 Booking opens today for the extended 2017 season at Garsington Opera at Wormsley, and if you haven’t yet experienced this idyllic place and its always- memorable productions, this could be your year. The Getty family estate is acres and acres of rolling green hills, sprinkled with deer gazing imperturbably on the spectacular Pavilion and its colourfully dressed denizens, and it’s impossible not to be seduced by the sheer beauty of it all. Just an hour from London, and you can be strolling in the gardens or enjoying cream teas overlooking the famous cricket ground. It’s perhaps a bit more dressy than Glyndebourne these days, but don’t let that put you off.

For the first time ever, four operas will be presented, neatly balanced between new productions – of Handel’s Semele and Debussy’s Pelléas et Mélisande – and revivals of Mozart’s Le nozze di Figaro and Rossini’s Il turco in Italia. The season will conclude with Silver Birch, a large-scale work involving both professional singers and local community participants; it’s composed by Roxanna Panufnik with a libretto by Jessica Duchen. If you can’t make it to Wormsley and you’re fortunate enough to live in or near Burnham-on-Sea, Skegness, Ramsgate or Grimsby, you’ll be able to see Semele on screen for free, courtesy of the Garsington Opera for All programme. 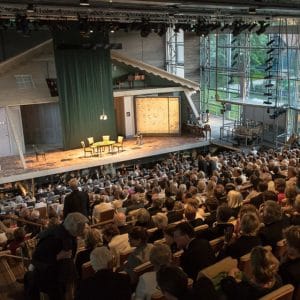 Handelians are sure to be delighted that Semele opens the season: if you don’t know the whole opera you may well be familiar with two of the arias from it – regarded as amongst Handel’s greatest, Where’er you walk and Endless Pleasure are sung by Jupiter and Semele respectively, parts taken here by Garsington favourite Robert Murray and the American soprano Heidi Stober, who will make her British debut in the role. Christine Rice is Jupiter’s spurned wife, Juno, and the countertenor role of Athamas is sung by Christopher Ainslie. The production is by Annilese Miskimmon, with designs by Nicky Shaw.

Debussy’s only opera seems made for this stage, and this new production of it will feature the French bass-baritone Paul Gay as Golaud, with the title parts sung by Andrea Carroll – another American making her British debut – and Jonathan McGovern. The Philharmonia Orchestra, in its first year of partnership with Garsington Opera, will be conducted by Jac van Steen, whom regulars will remember from the 2015 Intermezzo. Michael Boyd directs and Tom Piper designs, as with last year’s much-loved Eugene Onegin.

The two revivals are John Cox’ legendary Le nozze di Figaro, first seen in 2005 and Il turco in Italia, which made its first appearance at Garsington in 2011. Both are cast from strength: in the former, Joshua Bloom, a big hit with his 2012 Leporello, will sing Figaro, Jennifer France is Susanna and another house favourite, Duncan Rock, sings the Count, and Douglas Boyd conducts the Garsington Opera Orchestra and Chorus. For the latter, David Parry conducts, Sarah Tynan is Fiorilla and Mark Stone reprises his Prosdocimo.