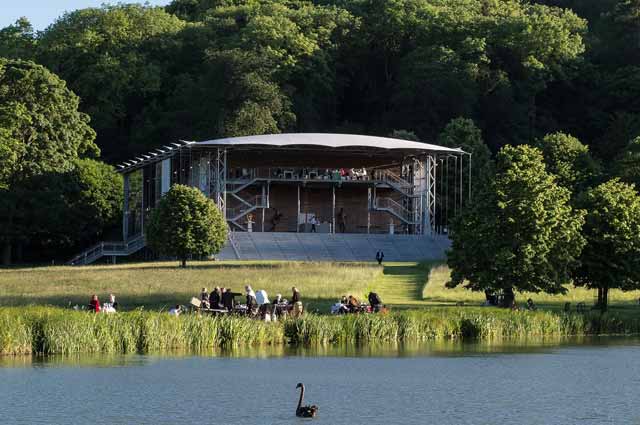 Booking is now open for Garsington Opera’s 30th anniversary season, and what an impressive one it is. Each year, this exquisite house set in the most idyllic landscape, delights its audiences new and old with inventive, thoughtful productions despite the theoretical drawbacks of a stage without a back and an auditorium constructed mainly of glass. No one who has visited here has failed to be enchanted with the place, so what’s in store for us this season?

As ever at Garsington, the operatic offering goes from the frothy and frivolous to the deeply serious and all stages in between, with no fewer than four new productions. The season opens with The Bartered Bride, with Natalya Romaniw in the role of the heroine and Joshua Bloom as Kecal; both singers will be remembered for their previous Garsington roles, notably Romaniw’s remarkable Tatyana in Eugene Onegin and Bloom’s much-praised Figaro. The production team also has a notable house pedigree, with Paul Curran and Kevin Knight as director and designer respectively – their 2015 Death in Venice was greatly admired. Jac van Steen will conduct the Philharmonia Orchestra.

Next up is Don Giovanni which will feature several role debuts including that of Jonathan McGovern in the title role and Sky Ingram as Elvira. Garsington’s Artistic Director Douglas Boyd conducts, and Michael Boyd directs. In complete contrast, Offenbach’s Fantasio will be given its UK stage premiere on June 14th – it’s a fantastical story which will no doubt gain from Jeremy Sams’ new English translation, and it stars Hanna Hipp (whose Clairon in last season’s Capriccio was much praised) and Jennifer France, whom many will remember from her Susanna in John Cox / Bruno Ravella production of Le Nozze di Figaro. Director Martin Duncan and designer Francis O’Connor return after many admired productions here, and Justin Doyle will make his house debut to conduct.

The Turn of the Screw will be much anticipated by Britten admirers, starring as it does Sophie Bevan as the Governess and Ed Lyon as Prologue / Quint – Ed will be making his house debut. The cast is unifomaly strong, with Kathleen Wilkinson as Mrs Grose, and Katherine Broderick Miss Jessel. Louisa Miller makes her UK debut as Director, and Richard Farnes, much admired for last year’s Falstaff, will conduct.

Finally, there will be three performances of Monteverdi’s Vespers of 1610, taking place in the magical setting of the walled garden. These performances mark the start of a new partnership with The English Concert, making its Garsington debut, conducted by Laurence Cummings. The team of singers sounds an ideal one for this work – Sophie Bevan, Mary Bevan, Benjamin Hulett, Robert Murray and James Way. On the days of the concerts there will be tours of the walled garden, an afternoon cricket match on the fabulous green, and recitals by the Alvarez Young Artists.

If you haven’t yet experienced Garsington Opera at Wormsley, perhaps this could be your year; tickets for the Vespers are much less expensive than the full opera productions, and if you’re under 35 you are eligible for subsidised tickets, free train transfers, pre-performance parties and half price programmes. It’s an afternoon and evening quite unlike any other, from the first sight of the verdant grounds to the last walk alongside the lantern-lit pathways.