Preview: Garsington Opera 2021 – and a concert from Wormsley to enjoy now

There is opera to look forward to and gems to savour now. Melanie Eskenazi explains. 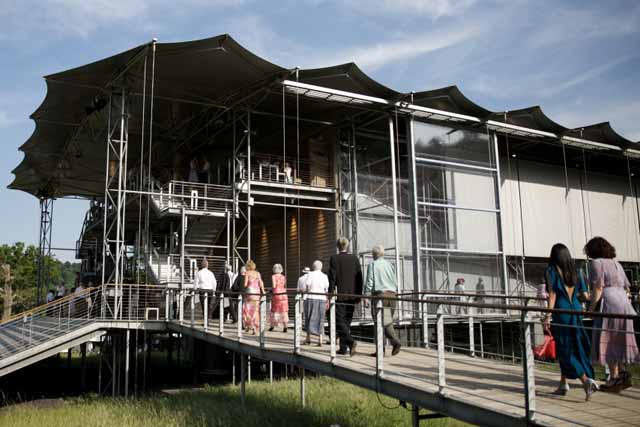 One of the saddest cancellations of 2020 was the season at Garsington Opera at Wormsley; this magical venue has a special place in the hearts of so many opera lovers owing to its combination of outstanding productions, a unique theatre and an unparalleled setting in the Getty estate. Next year will mark the 10th anniversary of the company’s move to Wormsley, and the roster of productions looks like an impressive way to celebrate.

It’s remarkable that of the four productions, just one is a revival – and that is a welcome one, in the shape of Michael Boyd’s beautiful imagining of Tchaikovsky’s Eugene Onegin. The three new productions begin with a most welcome Der Rosenkavalier, directed by Bruno Ravella whose 2015 staging of Intermezzo for the company was such a hit. Then, continuing the house tradition of one ‘lighter’ piece each year, there will be Rossini’s Le comte Ory, directed by Cal McCrystal. These three operas will all feature the Philharmonia Orchestra conducted by Douglas Boyd, Jordan de Souza and Valentina Peleggi respectively.

Finally, there is a real rarity in the shape of Handel’s Amadigi, directed by Netia Jones. Although this work was a success at the time of its premiere, it is now infrequently seen; Charles Burney wrote of the piece that it contained “…more invention, variety and good composition, than any one of the musical dramas of Handel which I have yet carefully and critically examined.” The musical direction will be in the experienced hands of Christian Curnyn, conducting The English Concert.

Just to remind us of the very high standard of singing at Garsington Opera, Unmute: A Musical Reunion, a live concert from the pavilion has been filmed ‘at a distance,’ featuring extracts from past productions performed by some of today’s finest singers, and with musicians from the Philharmonia Orchestra conducted by Douglas Boyd. Samuel West contributes brief readings, and the concert’s theme is ‘Reunion,’ reflecting the sense of joy at once more performing for their audience after so long a separation. It can be seen on YouTube and Facebook, and is available to enjoy for six months.

After two more extracts from Figaro, we hear some entrancing ensemble singing from Soraya Mafi, Nardus Williams, Joshua Bloom and Sam Furness, in the sublime quartet ‘Mir ist so wunderbar’ from Beethoven’s Fidelio. The string introduction was absolutely superb. This was followed by three extracts from Eugene Onegin; a finely sung ‘Kogda by zhizn’ from Roderick Williams, a sensitive ‘Kuda, Kuda’ from Sam Furness, and a magisterial ‘Prince Gremin’s aria’ from Brindley Sherratt.

The concert comes to a close with the bittersweet String Sextet from Strauss’ Capriccio, evoking memories of Garsington Opera’s wonderful 2018 production, and reminding us of the delights to come in 2021.

Further details of the 2021 season can be found here: garsingtonopera.org/news/2021-season-plans