Preview: Grange Park Opera’s Ivan the Terrible in Partnership with The Romanoff Foundation

As the pandemic continues, opera companies continue to innovate to keep music alive. Sam Smith tells us about a collaboration that strives to do just that. 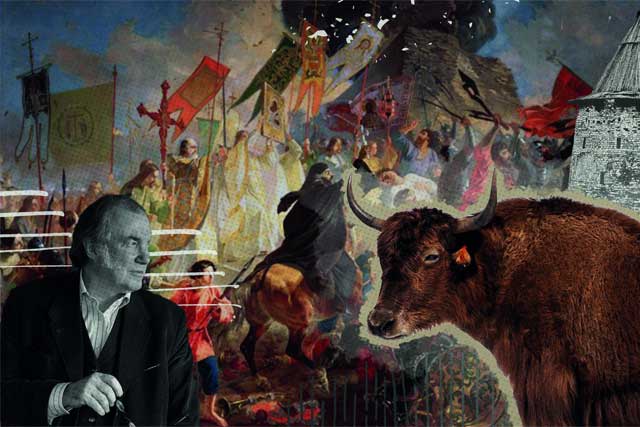 While cultural institutions and artists have been hit especially hard by the Covid-19 pandemic, Grange Park Opera has worked to the philosophy that necessity is the mother of invention. When it was unable to welcome crowds to its home at West Horsley last year, it decided not to dwell on what it had lost but on what it could achieve by embarking on its Found and Interim seasons. These engaged 157 artists, and saw fifty new events (a total of twenty-two hours of material) shared online for free.

While nothing can beat the live experience, the advantage of Grange Park Opera’s online presentations is they can be accessed anywhere in the world by people who would never normally be able to make it anywhere near Surrey. Thus, while live performance is set to return to GPO this summer, it has shown its determination to hold onto this advantage by teaming up with the Romanoff Foundation to secure the filming and streaming of Rimsky-Korsakov’s Ivan the Terrible. The opera is set to be performed at GPO between 19 June and 14 July 2021, and its streaming will ensure that supporters and the public can experience it, no matter where in the world they may live.

The Romanoff Foundation is making an initial grant to support the live filming, and this represents one part of its new cultural collaboration with GPO to provide support for the upcoming post-pandemic season. The RF is a UK based charity that, since being founded by Prince and Princess Dimitry Romanoff in the early 1990s, has been supporting people in need in the states comprising the CIS. In 2018 the charity expanded its activities to support faith, legacy and community in the Russian speaking diaspora as well. In the lead up to the opera’s performances, it will organise and host a series of live and recorded events with the aim of increasing historical and cultural awareness of the reign of Ivan the Terrible, and of Russia’s early interaction with his English contemporaries Henry VIII and Elizabeth I.

Trustee Andrei Rodzianko has commented ‘The Romanoff Foundation is thrilled to work to support Grange Park Opera in its upcoming opera season in its picturesque Theatre in the Woods, on the edge of London. We are leveraging a Russian historical lecture series we have been working on over the last three years to be a complementary partner to the GPO. We hope to bring some exciting events to the GPO members to help the production of Ivan the Terrible come to life for the viewing public’.

The production itself is being directed by David Pountney, and Rimsky-Korsakov’s first opera, which is also known as The Maid of Pskov, is recognised as one of the composer’s unsung masterpieces. When tyrannical Tsar Ivan IV sweeps through Novgorod on a wholesale pillage, he billets himself in its picturesque sister city of Pskov where he sees a beautiful young woman. Something moves him to spare this city, and no one knows what, but it may just be because he has discovered his long-lost love child Olga. Founder and CEO of Grange Park Opera Wasfi Kani, who was awarded a CBE in the 2021 New Year’s Honours list, said ‘We are honoured to have been chosen by the prestigious Romanoff Foundation whose thoughtful talks will certainly enlighten the Grange Park Opera family. There cannot be too much culture in the world; these initiatives embrace a larger family’.

What is certain is that, with its expansive music, dramatic plot and vivid crowd scenes, Ivan the Terrible is a spectacle, and with the cast including Evelina Dobracheva as Princess Olga, Liubov Sokolova as Vlasyevna, Carl Tanner as Tucha and Clive Bayley as Ivan the Terrible, there is clearly much to look forward to from David Pountney’s new production this summer at the Theatre in the Woods.