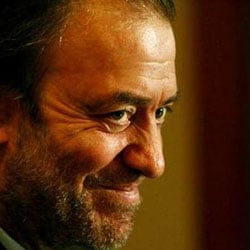 The early months of the year can be uninspiring for the music lover, but this January and February look promising.

Once Raymond Gubbay’s overpriced and banal Christmas Festival (with unimaginative programmes and cheapest tickets at 20) is over, the Barbican Hall has much of merit in its schedules.

Of Gergiev’s exploration of the Sixth Symphony, our writer noted “the performance of the symphony was ultimately unsatisfying, Gergiev’s genius as a conductor undermined by his choices as an interpreter”. Elsewhere, critical adjectives ranged from “compelling” to “superficial” and even “unpleasant”.

The Fourth and First symphonies will be performed in January, and are approaching sell-out, so book urgently. The maestro will also conduct the Vienna Philharmonic Orchestra twice in February, in typical but hopefully exciting programmes, though the combination of Gergiev’s rough intensity and the orchestra’s plush refinement in the programmed works leaves me apprehensive.

London feels warmly towards Natalie Dessay after her performance in the Royal Opera’s La Fille du Regiment last year; reviewing her recent CD release of La Sonnambula, I wrote “As did Callas, Dessay acknowledges her vocal troubles and pushes confidently past them, allowing the lengthy legato lines great space and fighting ambitiously for every decorative passage. This is truly wonderful singing”. And the singer’s February recital of coloratura favourites at the Barbican is already sold out, although returns are bound to surface. Not sold out yet, however, are concerts from the Crouch End Festival Chorus, and the London Symphony Orchestra under Michael Tilson Thomas. The former boasts a theoretically thrilling programme of Adams and Bernstein, while the latter concludes with a rendition of Jancek’s ecstatic Glagolitic Mass, a work of which Tilson Thomas is a fine exponent on disc.

On the South Bank, the Royal Festival Hall’s schedule never quite thrills, but there is much on offer nevertheless. Top of the bill for me is actually not Daniel Barenboim‘s Beethoven cycle, but rather Angela Hewitt performing Book One of Bach’s 48 Preludes and Fugues. Hewitt is repeating the Well Tempered Clavier in numerous countries around the world as part of a Bach World Tour, and her two London performances (the second of which follows in May) are indispensable. But let’s not forget Barenboim’s trawl through every one of Beethoven’s 32 sonatas in but eight concerts: it’s a monumental undertaking, and my hopes are very high.

I recently attended, at the Festival Hall, a concert from the London Philharmonic Orchestra under Marin Alsop, and I noted both Alsop’s “characterful, ebullient” leadership and the orchestra’s “transcendental musicianship”. The same musicians return in February to perform the First Symphonies of Beethoven and Elgar in a concert that promises to be both energetic and exciting. The following day, in the Queen Elizabeth Hall, the Alban Berg Quartet will play Haydn, Berg and Schubert. When I last saw the group, almost a year ago, I enjoyed their Beethoven interpretation but noticed a suggestion of coarseness creeping into the rest of the programme. I look forward to investigating further this coming February. I also cannot wait to hear the St John Passion in the Queen Elizabeth Hall, with Mark Padmore, Michael Chance and Carolyn Sampson among the soloists. The Orchestra of the Age of Enlightenment accompany.

Simon Keenlyside and Christopher Maltman sing at the Wigmore Hall

The Wigmore Hall, meanwhile, boasts a stupendous selection of vocal performers. Simon Keenlyside, Christopher Maltman, Bernarda Fink, Patricia Bardon, Susan Graham, Kate Royal, Ann Murray, Philip Langridge, Felicity Lott and Ailish Tynan (a delightful Woodbird in the Royal Opera’s recent Siegfried) all turn up. And if that’s not for you, how about popping over to Sloane Square, to the Cadogan Hall? I can’t seem to find much of note in their schedules, but Stephen Kovacevich‘s Beethoven symphony cycle with the London Mozart Players is worth attending. I wrote that the previous concert of the series was “commendably well played and conducted”, even if the interpretation of the Pastoral Symphony was not a complete success. Here, Kovacevich conducts the dance-infested Seventh Symphony, and I shall be interested to see how.

Have a look around the schedules yourself and see what takes your fancy: there really is something for everybody.