by Sam Smith
published: 1 May 2016 in Classical and Opera Features
Tweet 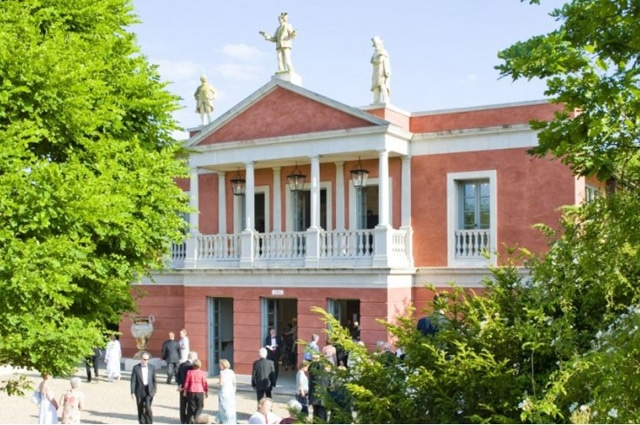 With Martin and Lizzie Graham’s 500-seater opera house standing in the Gloucestershire Countryside, Longborough Festival Opera is well known for providing high quality productions in the most intimate of settings. Its programme for 2016 would seem to be a particularly balanced one with the four operas ensuring that the Baroque and Classical eras, and the nineteenth and twentieth centuries, are all represented.

Longborough has a long and proud tradition of producing works by Wagner, and this ‘culminated’ in its staging a complete Ring Cycle in the composer’s bicentenary year. It did not, however, rest on its laurels, bringing a new production of Tristan und Isolde to the festival in 2015, and this year it presents Tannhäuser (from 9 June). The first revival of Tim Albery’s 2010 production has just begun at the Royal Opera House, but the consensus has been that while it possesses a considerable number of merits, it is not quite the wondrous affair that might have been hoped for, so Longborough may have the opportunity to go one better. It can certainly boast an excellent cast, with John Treleaven sharing the title role with Neal Cooper, while the production could not be in safer hands being directed by Alan Privett and conducted by Anthony Negus, both masterminds of the 2013 Ring Cycle.

Le nozze di Figaro begins on 26 June and, in director Thomas Guthrie, designer Rhiannon Newman Brown and conductor Robert Houssart, features a production team that was first forged in the crucible of the Royal Opera House. For this reason we are expecting an innovative approach to the staging to walk hand in hand with excellent musical credentials. Benjamin Bevan, uncle of Sophie and Mary Bevan, is the Count, while Grant Doyle, a regular at Opera Holland Park who also has several Royal Opera credits to his name, sings Figaro. Anna Harvey plays Cherubino, having also taken the same part in West Green House’s production of the opera last year.

With the Czech Philharmonic, under the baton of Jiří Bělohlávek, bringing a concert performance of Jenůfa to the Royal Festival Hall in April, and English National Opera reviving its 2006 production in June, what can Longborough bring to the opera (which begins on 16 July) that we will not have already seen? On the grounds that it is being directed by Richard Studer, our guess is quite a bit. Studer was responsible for the most mesmerising production of Ariadne auf Naxos last year at West Green House, playing on that venue’s own intimacy to generate the most moving experience, so we are certainly hopeful that he can repeat the magic. Jonathan Lyness conducts, Lee Bisset is Jenůfa, Gaynor Keeble plays Kostelnička, while Daniel Norman and Andrew Rees sing Laca and Steva respectively.

Longborough has also started to stage Handel operas, and the same team of director Jenny Miller and conductor Jeremy Silver responsible for Rinaldo in 2014 and Xerxes in 2015 now return to produce Alcina (from 30 July). The opera stars Julia Sitkovetsky in the title role, and will also enable people to experience Longborough even if they cannot get there. This is because, after the season closes, there will be one performance of the work in London (on 4 August) in the Greenwood Theatre.