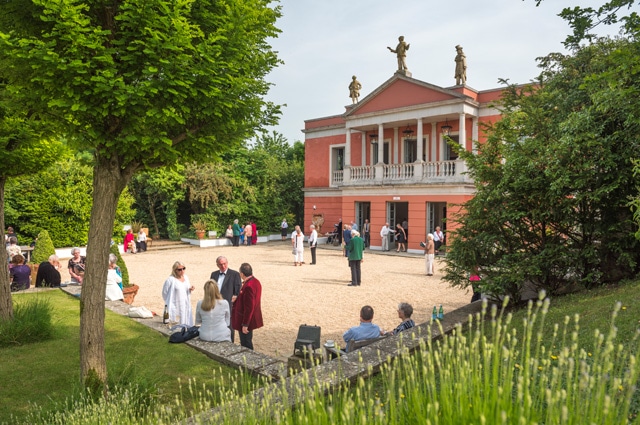 Longborough Festival Opera occupies a special place in the summer opera calendar. Nestled in the Gloucestershire Countryside, with glorious views over the Cotswolds, it is further (though hardly inaccessible) from London than Glyndebourne, Garsington or the various Granges, and has an atmosphere all of its own. Martin and Lizzie Graham’s 500-seater opera house was originally a cattle shed, but the conversion is so successful that it would be possible to not  realise this. The portico that was added alludes to Bayreuth’s Festspielhaus but there is nothing pretentious about Longborough, where the dress code is slightly more informal than at many other venues, because it plays on its intimacy while delivering music making and performances of an exceptionally high standard. Who, for example, could forget being in the presence of the internationally renowned John Treleaven as he gave it everything in Act III of Tannhäuser last year, or the ethereal sound of the Choir of Younger Pilgrims drifting over the intimate space at the end of the evening?

Longborough does, in fact, have a long and proud tradition of producing works by Wagner, and this ‘culminated’ in its staging a complete Ring Cycle in the composer’s bicentenary year. This year sees the first revival of its 2015 production of Tristan und Isolde (from 8 June), directed by Carmen Jakobi and designed by Kimie Nakano. Peter Wedd sings Tristan and Lee Bisset, who was Jenůfa here last year and a brilliant Sieglinde in Opera North’s recent semi-staging of Der Ring des Nibelungen, plays Isolde. This revival will not, however, feature the dancers who before accompanied parts of the drama. The idea was that these additional figures would reflect the alter egos of the main characters, but it seems that audiences found them distracting and that Longborough has quite reasonably responded to the feedback. The conductor is Anthony Negus, a master interpreter of Wagner, who also conducted the Ring Cycle here in 2013 and whose conducting of Tannhäuser last year was the strongest element in what was a strong production all round. The performance will be in German with English surtitles. 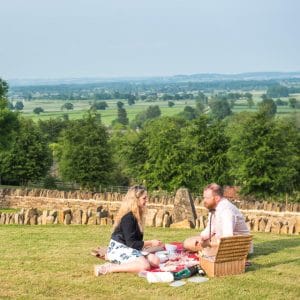 The second production to open is Fidelio (from 24 June) and sees both director Orpha Phelan and designer Madeleine Boyd making their Longborough debuts. In 2016, however, they won the award for Best Opera Production at the Royal Danish Opera, and so hopes are high for their ‘post-apocalyptic vision’ of the work. Elizabeth Atherton, Simon Thorpe and Adrian Dwyer play Leonore, Don Pizarro and Florestan respectively, while the baton will be wielded by French-Israeli conductor Gad Kadosh. He made his UK opera debut at Longborough in 2015 with Rigoletto and has since gone on to conduct the London Philharmonic Orchestra.

The Magic Flute begins on 13 July and is directed by Thomas Guthrie, responsible for a notable Le nozze di Figaro here last year. Several performers who appeared in that production return including Beate Mordal as Pamina (Susanna in Figaro), Grant Doyle as Papageno (Figaro), Harry Nicoll as Monostatos (Don Basilio) and Benjamin Bevan as the Speaker of the Temple (the Count). The cast also includes Royal Opera regular Jihoon Kim as Sarastro and Hannah Dahlenburg as the Queen of the Night. Julian Hubbard is an exciting prospect as Tamino because if his class could show in the role of Walther in Tannhäuser last year when he did not even have his own song in the competition (the Paris-Vienna revision that was employed does not allow the character one), how much more might it do so in this more substantial role? Anthony Negus conducts the performances (with the exception of 16 July when current chorus master at English National Opera James Henshaw takes over), representing the first time that Negus has conducted an opera at Longborough outside of the Wagner repertoire. Both Fidelio and The Magic Flute will be sung in German, with English surtitles and English dialogue.

The Young Artist programme, a Longborough initiative to help emerging singers and players, is represented this year with a production of Gluck’s Orfeo ed Euridice (sung in Italian with English surtitles) for three performances from 29 July. Jeremy Silver conducts and Maria Jagusz directs while Hanna-Liisa Kirchin plays Orfeo, Nazan Fikrit sings Euridice and He Wu plays Amor. The designer is Richard Studer who enjoyed success at Longborough in 2016 directing Jenůfa, and both directed and designed Le nozze di Figaro and Ariadne auf Naxos at West Green House Opera in 2015 where the small scale of the productions only added to their strength. This production will also enable people to experience Longborough even if they cannot get there. This is because, after the season closes, there will be one further performance of the work in London (on 4 August) in the Greenwood Theatre.