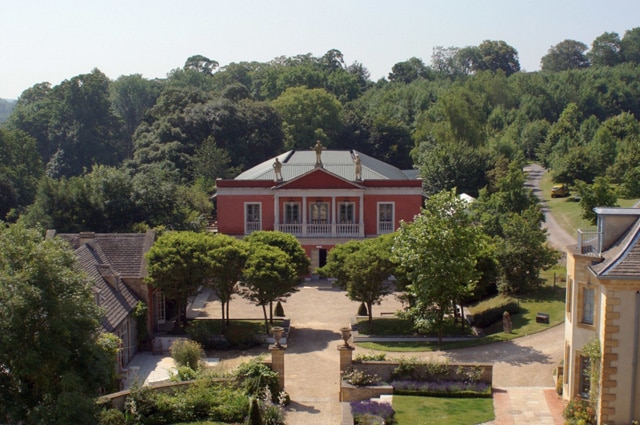 Longborough Festival Opera occupies a special place in the summer opera calendar. Nestled in the Gloucestershire Countryside, with glorious views over the Cotswolds, it is further (though hardly inaccessible) from London than Glyndebourne, Garsington and the various Granges, and has an atmosphere all of its own. The 500-seater opera house was originally a cattle shed, but the conversion is so successful that it would be possible not to realise this. The portico that was added alludes to Bayreuth’s Festspielhaus but there is nothing pretentious about Longborough, where the dress code is slightly more informal than at many other venues, because it plays on its intimacy while delivering performances of the highest standard.

This year sees Polly Graham, daughter of the founders Martin and Lizzie, take over as the festival’s artistic director. This does not mean, however, that her parents will cease to be heavily involved, and while there is no doubt that she will bring her own approach to the role, this will be very much in the spirit of building on the festival’s achievements. In particular, Longborough has a long and proud tradition of producing works by Wagner, and in the composer’s bicentenary year of 2013 it presented a complete Ring Cycle. A new one is set to commence next year, directed this time by Amy Lane, with one of the four operas being staged in each year between 2019 and 2022, and the full tetralogy in 2023.

This year, however, Longborough continues its exploration of the composer’s early mature operas (Tannhäuser was produced in 2016) with Der fliegende Holländer (from 6 June). The conductor is Anthony Negus, a master interpreter of Wagner, who has enjoyed a long association with Longborough. The director and designer are Thomas Guthrie and Ruth Paton who, together with Negus, worked on Die Zauberflöte in 2017. After his strong portrayal of Don Pizarro in Fidelio here last year we can look forward to Simon Thorpe’s Dutchman, while Richard Wiegold plays Daland. The cast also includes two people who have appeared many times for the Chelsea Opera Group. Kirstin Sharpin sings Senta, having played Mariana in the even earlier Das Liebesverbot in 2015. Jonathan Stoughton (Erik) sang Vakula in Rimsky-Korsakov’s Christmas Eve in December, and also played Gustavus in Un ballo in maschera for West Green House Opera last year. 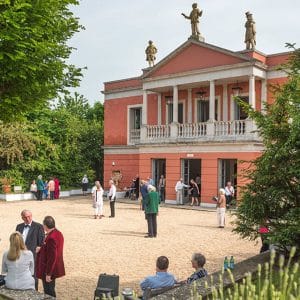 The second production to open is La traviata (from 23 June) and sees director Daisy Evans, whose typically innovative takes on works can explore staging as an entity in its own right, make her Longborough debut. The designer is Loren Elstein and the conductor Thomas Blunt. Paula Sides sings Violetta, and Peter Gijsbertsen, a recipient of Glyndebourne Festival Opera’s John Christie Award, Alfredo. Mark Stone, who has been seen at the Royal Opera House and Opera Holland Park, plays Giorgio Germont and Samantha Price, an English National Opera Harewood Artist, Flora Bervoix.

Ariadne auf Naxos (from 13 July) can work very well at summer opera festivals, given that we as the audience could almost be the Master’s guests, gathering for the entertainment that was planned out during the prologue. The opera can certainly never feel more authentic than after a 90-minute picnic interval, given that the Music Master actually says during the prologue that they need another two hours to prepare. It would certainly seem to be in safe hands with Negus conducting, and Alan Privett, responsible for Tannhäuser in 2016 and Longborough’s last Ring Cycle in 2013, directing. In addition, Jonathan Stoughton who plays Bacchus has already proven himself in the role with his performance for West Green House Opera in 2015 being nothing short of extraordinary. Helena Dix, who played the Countess in Le nozze di Figaro for the same company in the same year, sings Ariadne, while Robyn Allegra Parton is Zerbinetta, and Clare Presland the Composer.

The Young Artist programme is a Longborough initiative to help emerging singers and players, and its productions generally focus on seventeenth and eighteenth century works. This year it is represented with L’incoronazione di Poppea for four performances from 28 July. Jeremy Silver conducts and Jenny Miller directs while Sofia Troncoso plays Poppea, Maria Ostroukhova sings Ottavia and Anna Harvey plays Nerone. This production, like all of the operas this season, will be sung in its original language with English surtitles.