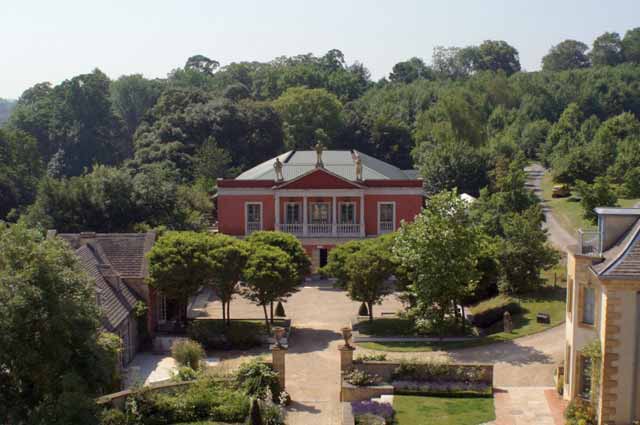 There is one respect in which Longborough Festival Opera can be seen as having succeeded where even Glyndebourne did not. When the festival’s founder Martin Graham first had the idea of establishing an opera house on his estate in the Cotswolds in order to stage Wagner, he wrote to Sir Georg Solti asking for advice. The reply he received from the maestro himself read something along the lines of ‘Are you mad? Stick to Mozart!’. Of course, Lady Solti is now Longborough’s Honorary Patron and an avid supporter, but the episode rather mirrors the founding of Glyndebourne in 1934. John Christie was a great Wagner enthusiast, but essentially took the advice of Fritz Busch, Carl Ebert and Rudolph Bing that to get a festival started at all one had to stick to the possible, which meant Mozart.

The long-term plan was that, once everything had been well established, the programming could become more ambitious. However, although Glyndebourne has produced Tristan und Isolde and Die Meistersinger von Nürnberg, it has never staged Der Ring des Nibelungen and is still far better known for its Mozart than its Wagner. Longborough, on the other hand, presented Das Rheingold in its first season in 1998, and a full Ring Cycle in 2002. It repeated the pattern of producing, more or less, one opera a year and then all four together between 2007 and 2013, and this year is embarking on a similar plan, with the full cycle scheduled for 2023.

The first instalment Das Rheingold appears from 5 June in a new production by Royal Opera House Head Staff Director Amy Lane, who will also direct the entire tetralogy. The production is designed by Rhiannon Newman Brown and will be conducted by the festival’s longstanding Music Director, Anthony Negus. A consummate Wagnerian, one only had to hear the sounds he elicited from the Longborough Festival Orchestra in Tristan und Isolde (2015 and 2017), Tannhäuser (2016), Der fliegende Holländer and R. Strauss’ Ariadne auf Naxos (both 2018) to know that musically we should be in for something special. The production also boasts some high calibre names with Mark Stone playing Alberich, Darren Jeffery Wotan, Mark Le Brocq Loge and Madeleine Shaw Fricka. All of these have appeared at the Royal Opera House.

The second production is Donizetti’s Anna Bolena (from 22 June), which reunites the team of director Jenny Miller, conductor Jeremy Silver and designer Nate Gibson who together presented L’incoronazione di Poppea here last year. That saw a series of semi-transparent monoliths provide the infrastructure for the staging, and while the team may decide to take an entirely different approach to this bel canto masterpiece, it seems safe to assume that the same underlying spirit of innovation will be in evidence once more. Linda Richardson sings the title role, while possibly the most high profile name in the cast is Lukas Jakobski (Enrico) who has been seen many times at the Royal Opera House. Caryl Hughes sings Giovanna Seymour, and Carolyn Dobbin, who made much of the small part of Mary in Der fliegende Holländer here last year, plays Smeton.

In 2016 Longborough presented Le nozze di Figaro, and now it is staging the second of the Mozart / Da Ponte collaborations, Don Giovanni (from 11 July). Unlike the other three operas in the season, which will be performed in their original languages, this new production by Martin Constantine, with designs by Will Holt, will be sung in an English translation by Amanda Holden (although it will still feature surtitles). Ivan Ludlow sings the title role, and Emyr Wyn Jones Leporello. The production also reunites Thomas Blunt who conducted La traviata here last year and Claire Egan (Donna Anna) who was a splendid Violetta on its opening night. Paula Sides sings Donna Anna, William Morgan Don Ottavio, Llio Evans Zerlina and Matthew Durkan Masetto.

The Young Artist Programme is a Longborough initiative to help emerging singers and players, and its productions generally focus on seventeenth and eighteenth century works. Recent years have seen it present Alcina, Orfeo ed Euridice and L’incoronazione di Poppea, and this year it is represented by Cavalli’s La Calisto for four performances from 29 July. Mathilde Lopez directs and Lesley Anne Sammons conducts, while also being responsible for this new orchestration for the Barefoot Band of clarinet, accordion, harpsichord, double bass and recorders. The cast of rising stars includes Chiara Vinci as Calisto, Sophie Goldrick as Diana, Zita Syme as Giunone, Emma Charles as La Natura and Linfea, Jessie Tse as L’eternita, Felix Kemp as Giove, Neil Balfour as Mercurio and James Gribble as Pane.