Even the coronavirus cannot stop Longborough from pursuing its love affair with Wagner. Sam Smith explores the season and a new performance space. 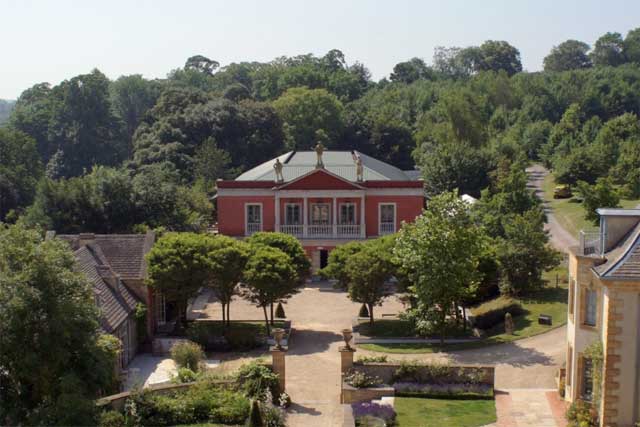 It seems clear that, given the persistence of Covid-19, summer opera festivals will not be able to function entirely as normal this year. In response to this, most have planned relatively full schedules, but aim to sell only a proportion of the tickets in their respective theatres. Longborough Festival Opera, however, has gone one step further in future proofing its plans for 2021.

It is going to erect a ‘Big Top’ in the field next to the opera house, within which three of its four productions will be staged. It will thus have a large and airy enough auditorium to enable it to welcome substantial numbers of people, while still observing whatever social distancing requirements may be in place over the summer.

The one work that will be staged in the opera house is Die Walküre (from 1 June). Longborough commenced its new Ring Cycle, directed by Royal Opera House Head Staff Director Amy Lane, in 2019 with a thoughtful and innovative staging of Das Rheingold. Die Walküre was to have been fully staged in 2020, but it will now be presented in a concert production. This will allow some members of the orchestra to move beyond the confines of the pit, thus providing for social distancing and a more expansive sound. There is so much substance to Wagner that his operas work perfectly well in concert, and the Royal Opera’s performance of this work at the Proms in 2005, under the baton of Antonio Pappano, remains one of the greatest musical experiences of my life.

Die Walküre will be conducted by Anthony Negus, a consummate Wagnerian who has led every performance by the composer since Longborough’s inception, while the cast have already proved their mettle. Lee Bisset sang Sieglinde for Opera North, and Isolde here four years ago, so there should be much to look forward to in her Brünnhilde. Meanwhile, Paul Carey Jones, who sings Wotan, displayed a wondrous bass-baritone as the chief god in Grimeborn Festival’s Das Rheingold and as Lescaut in Holland Park’s Manon Lescaut the summer before last. Peter Wedd, a splendid Tristan here in both 2015 and 2017, plays Siegmund, Sarah Marie Kramer sings Sieglinde, while Madeleine Shaw reprises her role of Fricka from the first opera.

“Longborough Festival Opera… has gone one step further in future proofing its plans for 2021.”

While three of the four operas in the 2021 season were originally to be presented in 2020, the new addition to the programme is Così fan tutte (from 23 June), which ‘replaces’ L’elisir d’amore. The director is Sam Brown and the conductor Lesley Anne Sammons, who led La Calisto here in 2019. The high calibre cast includes Anna Patalong as Fiordiligi, Idunnu Münch as Dorabella and Marcus Farnsworth as Guglielmo, who also played the part for English National Opera in 2014. The line-up is completed by William Morgan who sings Ferrando, Lizzie Holmes who plays Despina and John Molloy who sings Don Alfonso, having played the same role for Nevill Holt Opera in 2019 and sung Masetto for ENO.

The Emerging Artist programme is a Longborough initiative to help up-and-coming singers and players. While recent years have seen it focus on seventeenth and eighteenth century works including Alcina, Orfeo ed Euridice, L’incoronazione di Poppea and La Calisto, this year it is presenting The Cunning Little Vixen (from 30 July). It will be directed by Olivia Fuchs, who has many triumphs to her name at Opera Holland Park, and conducted by Justin Brown, the current Music Director of Karlsruhe State Theatre.

It will also feature the Longborough Youth Chorus, comprising local children, who following the cancellation of the performances in 2020 created a short film based on the opera. Julieth Lozano plays Vixen Sharp-Ears and Kieran Rayner sings the Forester, while the opera, along with Così fan tutte, will be sung in English. Die Walküre and Il ritorno d’Ulisse in patria, on the other hand, will be performed in their original languages, but all four productions will feature English surtitles.