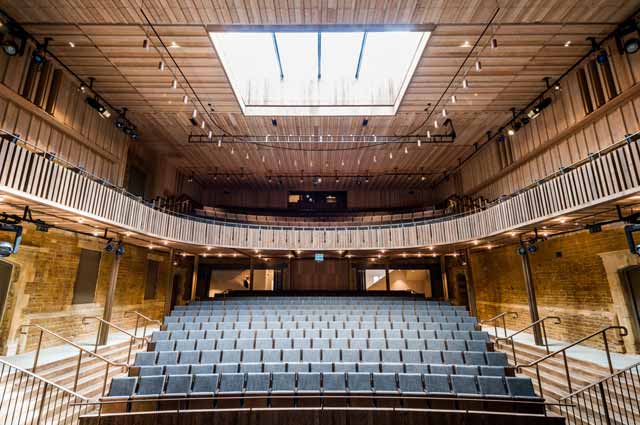 Although it has quite a history, Nevill Holt Opera, situated near Market Harborough in Leicestershire, always feels new because it constantly seems to be at the next stage of its remarkable development. Between 2003 and 2012 it hosted Grange Park Opera, with that festival providing one production each year, before it launched its first independent season in 2013. Then last year brought great excitement as it opened its new 400-seat opera house, installed inside an historic stable block courtyard, and commenced orchestral partnerships with the Britten Sinfonia and Royal Northern Sinfonia.

The new opera house, designed by RIBA Stirling Prize-winning architects Witherford Watson Mann in conjunction with theatre designers Sound Space Vision, is extremely intelligent as the exterior of the building appears entirely unaltered. This, as much as anything, ensures that entering the intimate, aesthetically pleasing and acoustically excellent interior, is a delightful surprise, and this is before we even come to the beautiful gardens and breath-taking views that can be taken in during a visit. 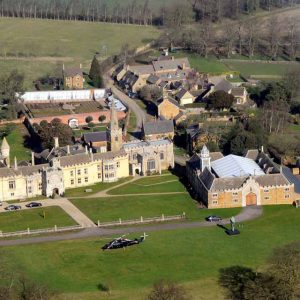 The season opens on 12 June with Britten’s A Midsummer Night’s Dream, which will be directed by Anna Morrissey (who also led Noye’s Fludde here in 2017) and designed by Simon Kenny (responsible for Le nozze di Figaro last year). The production will also see the company’s Artistic Director Nicholas Chalmers conduct the Britten Sinfonia. Underscoring NHO’s commitment to supporting local talent, Leicestershire singer Tim Morgan plays Oberon, Daisy Brown (who was Masha in The Queen of Spades at Opera Holland Park in 2016) sings Tytania, while Anna Harvey who sang Cherubino here in 2018 plays Hippolyta. The NHO Children’s Chorus, who are drawn from the Academy of Schools of the David Ross Education Trust, will play the Chorus of Fairies, and their role here represents the culmination of a five-year-long education programme delivered by NHO in schools across the East Midlands.

The season’s second production is Così fan tutte, which begins on 26 June. It will be directed by Adele Thomas, who is about to take on Handel’s Berenice in the Royal Opera House’s newly reopened Linbury Studio, while sets and costumes will be designed by Hannah Clarke. Promising an elegant Art Deco staging, this presentation represents a revival of the original hit production from Northern Ireland Opera and will see a continuation of the partnership with the Royal Northern Sinfonia, under the baton of Chalmers. Kiandra Howarth plays Fiordiligi, having sung the role for West Green House Opera in 2016, and Nick Pritchard sings Ferrando, having also played the part for Opera Holland Park last year. After the festival closes, this Così fan tutte will journey to the Sage Gateshead for two fully staged performances on 5 and 6 July, having also visited that venue in 2018.

As with all summer opera venues, people are free to bring their own picnics, but there are a range of dining options available. These include those offered by Nevill Holt Opera’s guest chef, Ben Tish, while 2019 also sees a brand new partnership with event caterers Payne & Gunter who will provide a three-course gourmet dining experience in their pop-up restaurant.