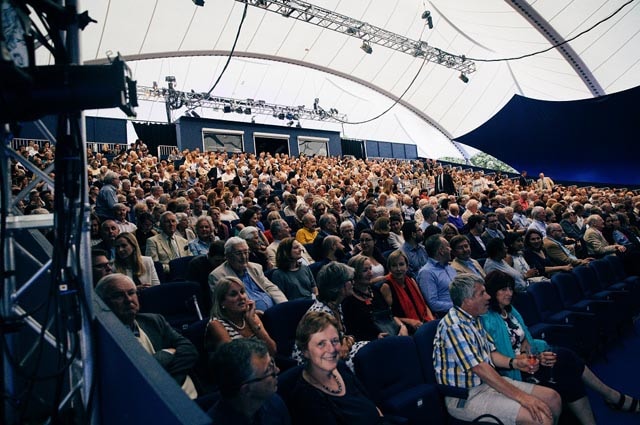 While part of the delight of Glyndebourne, Garsington and the various Granges is making a day of it, Opera Holland Park’s unique selling point is that it offers the summer opera experience while, in most cases, demanding very little travelling. Only a ten-minute walk from High Street Kensington station, it is somewhere to spend the evening rather than the entire day, but the beautiful setting still feels a long way from the hustle and bustle of a large metropolis. The atmosphere is both classy, as the tented auditorium has the ruins of Holland House as a permanent backdrop to the stage, and relaxed, as there are not the same strict dress codes as apply at the other venues, even though there is nothing to stop anyone from dressing up if they wish.

In this column twelve months ago, we described 2016 as Holland Park’s golden season, but, in the event, 2017 proved just as strong. This year the most exciting prospect is arguably Mascagni’s Isabeau (from 14 July) as it is such a rarity and constitutes a co-production with New York City Opera. The composer has been something of a speciality at Opera Holland Park, where productions of L’amico Fritz, Zanetto, Cavalleria rusticana and Iris have appeared in recent years. It is being directed by Martin Lloyd-Evans, who we have never known to stage a bad production. He has had a number of notable successes for Holland Park (including I gioielli della Madonna, Adriana Lecouvreur, Il trittico, L’amore dei tre Re, Die Fledermaus and La rondine) and Mid Wales Opera, and recently directed a stunning production of Dialogues des Carmélites as resident producer at the Guildhall School of Music and Drama. The designer is takis, whose varied work has covered several of these Lloyd-Evans productions, as well as the exceptionally fun musical Five Guys Named Moe (based on the back catalogue of Louis Jordan songs), where the entire Marble Arch Theatre was built in 2017 especially for the show.

The story is an adaptation of the medieval legend of Lady Godiva where King Raimondo’s daughter is forced to ride on horseback through the town as punishment for failing to choose a suitor. Folco, the King’s falconer, accidentally glimpses her doing so and is arrested, but when Isabeau visits him in prison she falls in love with him, although their passion is ultimately doomed. The opera is described as fusing ‘the suspense and violence of Cavalleria rusticana with delirious Wagnerian harmonies and an Intermezzo rich with the sound of bells’. The librettist is Luigi Illica, Mascagni’s collaborator on Iris and Le maschere as well as Puccini’s on four operas. The cast includes such well-established names as David Butt Philip and George von Bergen, while we can expect much from Anne Sophie Duprels in the title role following her stunning performances as both Giorgetta and Suor Angelica in Il trittico here in 2015. More recently she performed La voix humaine in an OHP production in the Royal Albert Hall’s Elgar Room, and played the music hall singer Zazà in Leoncavallo’s eponymous opera last year.

The season begins, however, with a new production of La traviata (from 29 May), which will be directed by Rodula Gaitanou. She was associate director to Lloyd-Evans on L’amore dei tre Re here in 2015, before directing a spellbinding The Queen of Spades in 2016. The designer is Cordelia Chisholm, and the conductor Matthew Kofi Waldren, an ENO Mackerras Fellow who has had many previous triumphs at Holland Park. Violetta is Royal Opera Jette Parker Young Artist Lauren Fagan, who played Donna Anna to great effect here last year, while Matteo Desole sings Alfredo for all but two performances (Steven Aviss takes over on 17 and 21 June). Holland Park regular Stephen Gadd, who was a very strong Donner in the London Philharmonic Orchestra’s recent performance of Das Rheingold, is Giorgio Germont. 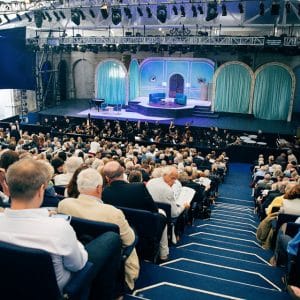 Although Holland Park occasionally revives productions, more often than not the focus is on new ones, even to the extent that there was a new production of La rondine last year, despite its 2011 version being extremely successful. 2017’s offering was, however, excellent in its own right and so rather than lament the fact that 2018 will not see the revival of the 2012 Così fan tutte, which presented the entire opera as an experiment in a bell jar, we look forward to this new version (from 31 May). In the same way that the 2017 La rondine enjoyed the services of Lloyd-Evans and Waldren, this Così fan tutte also features the well-established team of director Oliver Platt and conductor Dane Lam. They have had success with the different types of comedy to be found within La Cenerentola (2016) and Don Giovanni (2017) and so the slightly dark variety of Così should be right up their street. The production certainly boasts an excellent cast that includes Kitty Whately, who was excellent as Rosina in Platt’s Il barbiere di Siviglia in 2014, as Dorabella, Sarah Tynan as Despina and Peter Coleman-Wright as Don Alfonso.

The final production to open is Ariadne auf Naxos (from 17 July), which represents a co-production with Scottish Opera. Given the fun to be had within this masterpiece that expertly fuses high and low art, it can be the perfect opera for a summer festival. The director and designer is Antony McDonald and the conductor Brad Cohen, while the production also includes a circus skills director, Joe Dieffenbacher, alongside the choreographer, Lucy Burge. The large ensemble cast includes Mardi Byers as Ariadne, Kor-Jan Dusseljee as Bacchus, Jennifer France as Zerbinetta, Julia Sporsén as the Composer and Stephen Gadd as the Music Teacher, while the non-singing role of the Major Domo will be played by Eleanor Bron.

Beyond the main productions, there are several other events in the season to look forward to. Between 28 and 30 June The Royal Ballet School, which has a long association with Holland Park, will be performing a series of works by an eclectic mix of choreographers including August Bournonville, Marius Petipa, Robert Binet and Andrew McNicol. Then after the season proper has finished the venue gives itself over to several nights of film screenings from Luna Cinema. The movies on offer this year include The Italian Job (with live orchestra), Notting Hill and Murder on the Orient Express. Also look out for the pre-show talks that occur for one performance of each opera at 5.30pm.

Most importantly there is a Hope for Grenfell Memorial Gala on 13 June in memory of Opera Holland Park staff member Debbie Lamprell and all of the victims of the tragedy. Featuring scenes from La traviata and Così fan tutte, classic arias and an original composition by Will Todd, performed by a community choir led by Gareth Malone, the concert will be in aid of the Rugby Portobello Trust. This year funds raised will be directed towards providing opportunities for children and young people in North Kensington.

Opera Holland Park has just released a film entitled Hip Hop to Opera, which sees eight teenagers introduced to opera for the first time. It can be watched online.