While we still await the return of live audiences, we can look forward to a highly interesting online offering. 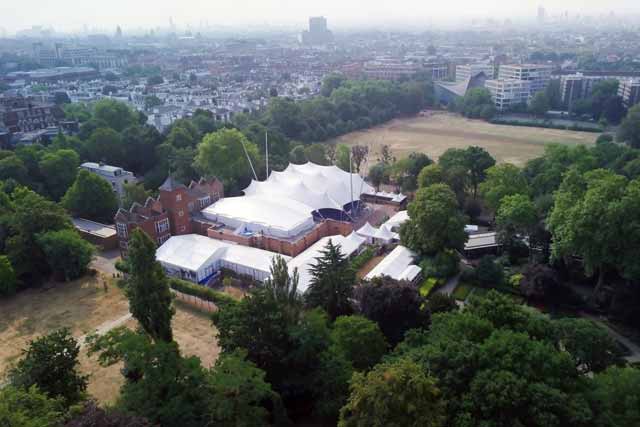 Although lockdown is being eased, live audiences for music have not yet returned, making the need for significant offerings online just as important as ever. Opera Holland Park has recognised this, and is about to release a filmed performance of Vaughan Williams’ The House of Life. 2022 marks the 150th anniversary of the composer’s birth and so, in preparation for that, the performance, which premieres on Tuesday, 13 April, will see tenor David Butt Philip and pianist James Baillieu perform the song cycle from Leighton House Museum.

Contemporaneous with Vaughan Williams’ Robert Louis Stevenson cycle, Songs of Travel, The House of Life is an intimate celebration of mutual love that draws together six of the most delicate and devoted sonnets by Dante Gabriel Rossetti. Rossetti was a great friend of Fredric Leighton, making the backdrop of the latter’s home for the performance particularly appropriate.

When Rossetti’s first wife and muse, the Pre-Raphaelite poet, painter and model Elizabeth Siddal, died in 1862 at the age of 32, Rossetti buried his poems with her. When he later retrieved and published them in 1870, he was subject to an excoriating attack by the literary critic Robert Buchanan, and was accused of celebrating ‘merely animal sensations’ in his sonnets. We may be inclined to think that Buchanan was wide of the mark anyway. When, however, we hear the motifs of sunlight, twilight and moonlight skilfully wrought in music from the period between Vaughan Williams’ studies in Germany and London, and with Ravel in France, we are clearly listening to something that bears no relation to such a description.

James Clutton, Chief Executive and Director of Opera at OHP, has said, “David has graced the stage at Opera Holland Park many times, always with that dazzling voice and that golden talent. We had long been discussing ideas for possible recitals but when David suggested The House of Life, I wanted it to be the first in a new series of OHP recitals. It was a pleasure and a privilege to be there at the filming and hear the soaring music of Vaughan Williams, the alluring words of Rossetti and the partnership between David and James Baillieu, and to enjoy the experience of being transported away from 2021 to another time and place – a perfect place at that.”

Butt Philip first learnt The House of Life as a young baritone and was determined to revisit the song cycle as a tenor in the transposition we are about to hear. We remember a particularly impressive performance from him as Count Vaudémont in Iolanta at Holland Park in 2019, and more recently he has appeared on the television as Florestan in Fidelio from the Royal Opera House, and Rodolfo in English National Opera’s socially distanced drive-in La bohème at Alexandra Palace.

This performance of The House of Life, which was made possible with the help of The Vaughan Williams Charitable Trust, will be streamed via the company’s YouTube and Facebook channels at 7.00pm on Tuesday, 13 April. The performance is free to watch, though a donation of £5 is suggested, and the event will remain available on demand until 30 April.

Opera Holland Park’s 2021 season runs from 1 June to 7 August. For further details on productions, events and booking see our preview.