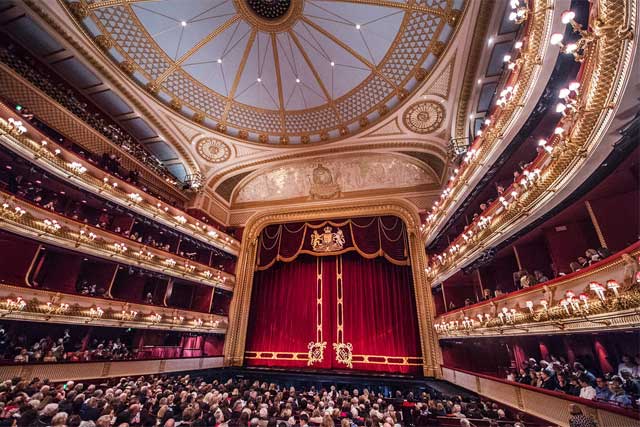 There are reasons to be cheerful, as the ROH takes a bullish stance and unveils plans for its 2021-22 season. Full details will be announced in June, but in the meantime here’s what to expect.

It’s been a disastrous 12 months for the Arts in the UK – what with the double whammy of COVID and Brexit, which has erected barriers for British artists working in the EU for the first time in a generation. But there does seem to be light at the end of the tunnel, as The Royal Opera has announced ambitious plans for next season (2021/2). The English National Opera threw down the gauntlet last month by announcing its plans to mount a brand-new Ring Cycle, directed by Richard Jones (and shared with the Met, New York) – it starts with The Valkyrie this autumn – but more concrete plans for the season have yet to emerge from St Martin’s Lane.

Meanwhile up the road the season kicks off with a new staging of Rigoletto on September 13 – Oliver Mears’ first since becoming director of opera in 2017, so no pressure then! Hotly anticipated, everyone will be waiting with bated breath to see ‘what he does with it’. The Royal Opera certainly got its money’s worth out of the 20-year-old David McVicar staging that’s being jettisoned to make way for Mears’ new take, given it’s been revived on countless occasions. Happily another 20-year-old fixture, the company’s music director, Sir Antonio Pappano, isn’t going anywhere – well not just yet anyway. In fact this new production is being mounted to celebrate his 20 years at the helm, as he becomes the company’s longest-serving music director. That great Spanish baritone, Carlos Álvarez, takes the title with Lisette Oropesa and Liparit Avetisyan as Gilda and the Duke.

Continuing the exploration of works Handel wrote for Covent Garden, Katie Mitchell directs a new production of Theodora conduct by Harry Bicket, with a mouth-watering international cast including Julia Bullock (Theodora) and Joyce DiDonato (Irene). With support from Ed Lyon, Jakub Józef Orliński and Gyula Orendt, it’s hard to image a better cast. Mitchell’s operatic forays tend to polarise opinion, but a work where religion, love and political tyranny are pitted against each other is one which should suit her talents down to the ground.

Cut short well into the rehearsal period, due to the first lockdown in 2020, Claus Guth’s new staging of Janáček’s Jenůfa has been miraculously slotted back in. And what’s even better, we’ll finally get to see Asmik Grigorian (Jenůfa) and the great Finnish soprano, Karita Mattila (Kostelnička), who are held over from the originally-planned cast. Henrik Nánási conducts, with Andrew Staples and Nicky Spence as Števa and Laca. ‘Heart-breaking’ and ‘beautiful’ were just some of the epithets coming from the rehearsal studio, so we literally cannot wait to see this. Hopefully the abandoned/postponed Katie Mitchell staging of The Makropulos Case, again starring Mattila, can be saved for the following season. Fingers crossed.

“…there does seem to be light at the end of the tunnel, as The Royal Opera has announced ambitious plans for next season…”

Although we won’t be seeing Allan Clayton as Laca, that disappointment is more than made up for by the fact he’s taking the title role in Deborah Warner’s new staging of Peter Grimes, that’ll wash up on our shores from Madrid (where it premieres in April 2021) in March. Again, given her sensational Billy Budd, to say this Grimes is hotly-anticipated is an understatement. With Bryn Terfel returning to the role of Balstrode (which he first sang in the 50th anniversary revival of the Moshinsky staging), the superb Swedish soprano, Maria Bengtsson, returning to the House as Ellen Orford and Mark Elder in the pit, this new Grimes is going to be another highlight of the season.

If you ever wondered what sort of wallpaper adorned a Philistine’s living room, wonder no more, as Richard Jones brings his probing, inquisitive and more often than not, off-the-wall imagination to a new staging of Saint-Saëns’ biblical blockbuster, Samson et Dalila. Last seen at Covent Garden in 2004, this new staging stars Nicky Spence and Elina Garanča, and Pappano conducts.

Pappano was quoted in the Evening Standard the other day saying: “I believe there will be an explosion of desire from the public to hear, feel and share music when gathering becomes normalised. In my opinion a golden period awaits which will sustain the rebirth of arts institutions, but crucially I hope we’ve learned from all this that our culture is indispensable to our well-being and identity.”

Can we hear a loud and unanimous ‘Amen’ to that from everyone please?