Garsington Opera opens with a new production of Richard Strauss’ Der Rosenkavalier. We spoke with its director. 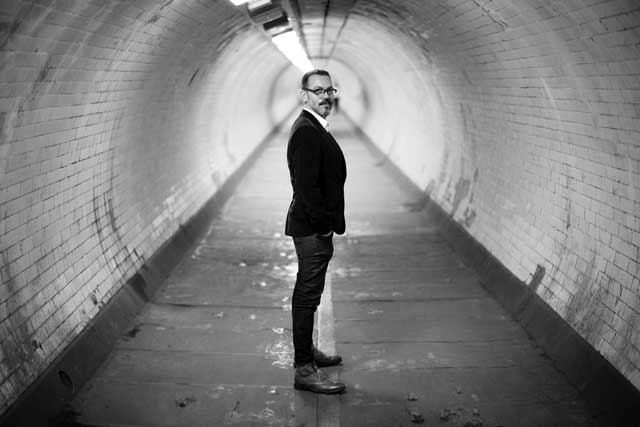 Garsington Opera at Wormsley’s eagerly awaited production of Richard Strauss’ Der Rosenkavalier is starrily cast, with the Philharmonia Orchestra  conducted by Jordan de Souza, and directed by Bruno Ravella, whom audiences will recall with affection from his productions of Intermezzo and Falstaff. Miah Persson, who triumphed as the Countess in the 2018, makes her role debut as the Marschallin and Hanna Hipp, who sang the title role in Fantasio in 2019, is Octavian.

We talked with Bruno Ravella between rehearsals and asked him about his views on this, many opera lovers’ favourite work.

You’ve been very busy since Intermezzo at Garsington, including a Falstaff in 2019. And now back for Rosenkavalier which everyone is saying is ‘the’ most eagerly awaited production of the season. Do you feel it as a burden, that there is so much expectation for this one?

The expectations I have had to manage on this one, that vary greatly from Intermezzo for example, are due to the intimate knowledge people have or think they have of the piece, their thoughts as to what it should look like, the weight of tradition (in sets, costumes and also to some extent the blocking solutions to certain scenes). So in this sense the burden of tradition is very present. New productions of Der Rosenkavalier are rare and I appreciate the responsibility. As we get closer to opening night I can now add the burden of expectation. That makes for a lovely stressful cocktail.

You’ve just had the pre-dress rehearsal. How is the production shaping up?

It’s shaping up really well! Everything came together beautifully at the pre-dress and I can’t wait to share it with the public at the dress rehearsal tomorrow. My production is heavy on sets and costume changes, and there are technical constraints, also due to Covid related restrictions on and off stage. The relationships, and the emotional scenes worked, but I had to make sure the production itself flowed faultlessly.

What attracts directors and soloists to Garsington Festival?

I love working at Garsington. I had my first-ever assisting job at the old house, so I feel an emotional connection to the company. It is a house that is filled with humanity. This rehearsal period has been like no other due to Covid, and the support I have received has been invaluable, with a real ‘everything is possible’ attitude. But also it is a company that values quality work – we are given a generous rehearsal period in the studio. And I am involved in casting decisions right from the word go.

What are the challenges posed by the house at Wormsley? How do you cope with such an elaborate opera as Rosenkavalier when there is minimal backstage?

There are clear challenges indeed that everyone knows. No proper wings, no fly tower, a limited backstage and no control of the natural light. But this informs the choices. I have seen enough work in the new house to have an opinion on what I think works best, and in my discussions with set designers I’m very clear with what I want – and don’t want – to see. For Falstaff I created a proscenium and wings and even managed to fly Falstaff in Act III. Der Rosenkavalier is a different beast that needs three clear spaces. I think the creation of wings is important to help concentrate the action. The comedy requires certain scenic elements. I think the solution Gary McCann (my set and costume designer) and I have come up with is meaningful, elaborate and very attractive. We even manage to deliver a coup de theatre I was very keen on. It is demanding for the crew but there is a clear payoff for the audience.

Rosenkavalier is many people’s favourite opera. Why do you think it has such an appeal? Hofmannsthal was overcome by its “whole beauty, by complete harmony, absolute unity.”

The presentation of the rose and the final trio are many people’s opera favourites. But there is so much more to the piece than that. The relationships are so fascinating, the comedy so intertwined with the pathos and the drama, that it is hard not to love it. The music appears, with its multitude of waltzes, but it is incredibly complex and evocative. The libretto is perfectly crafted and profound and Strauss’ music is so evocative and theatrical. It is a true masterpiece.

Stauss said, “Now I shall write a Mozart opera.” Is the sense of being close to Figaro part of its appeal?

I see Figaro as a starting point. There are obvious connections with characters, similar intrigues, the dressing up, the comedy. But for me the essential connection between the two is the humanity of the characters and the truth of the emotions. And this is what appeals.

The recent new Munich production was all about Time – they even had an Old Father Time as a character. What do you see as the major themes of the opera?

Time is an important theme of course. Time, and the mystery of ageing. I was inspired by readings such as Mrs Dalloway and Proust in my treatment of it. The way Time stops, the way smells or tastes make Time travel possible. I love for example the description of the character of Septimus in the novel, for whom time and life stopped when his friend Evans was killed. But through Proust, how far our past selves are determinant in deciding what our future is going to be like.

Class is an obvious other theme, with the relationships based on it and the three clear spaces for each act. As part of my research I spent time in Vienna and visited existing palaces – it is as relevant today as it was back then. It informs the design and the relationships.

Closer to my heart are the themes dear to Hofmannsthal – the metamorphosis through love, and its mystery, the degradation that time brings to all things. This is why I treat the Italian Tenor aria the way I do. Time stops and the words that he sings take on a special meaning for the Marschallin. The love from Octavian to the Marschallin, as she tells him – today or tomorrow or the day after you will fall in love with someone younger than me. How can Octavian fall in love with Sophie whilst still in love with the Marschallin? When the grotto around Ariadne is transformed, the same happens to Octavian and Sophie at the end of Act III.

What is your approach to the comedy scenes – can they be seen as light relief or are they ‘what the opera is all about?’

The opera’s subtitle agreed by Hofmannsthal and Strauss is “comedy for music”, and this informs my reading of it. But the comedic moments vary greatly throughout. I have tried to work with and illustrate the structure of the piece. Act I has its internal rhythm, a limited amount of characters and profound philosophical questions. Act II breathes very differently. There is an energy to it, the comedy itself is more present, the scenes disparate. By Act III we have full blown comedy scenes and utter chaos until the arrival of the Marschallin, who brings with her nobility but also order and calm. And then we reach what I call the epilogue once Ochs has left the scene.

In answer to your question, I wouldn’t say they are what the opera is all about, but I treat them as essential pivots, and sometimes as light relief. They pepper the piece and make the poignant moments that much more powerful. I have thought for example very hard about the scene between Ochs and Mariandel at the top of Act III, to base the comedy on truths. In other moments I do go for slapstick, but always with the truth of the characters in mind. Faninal and his obsession with what Vienna will think of the marriage, Ochs keen on Faninal dying, but not quite before the contract is signed, and so on.

On a more general note, I love a phrase in one of Strauss’ letters to Hofmannsthal when he celebrates sentimentality and parody. These are not meant as diminutive and I embrace them both with respect and affection.

You have a wonderful cast, especially the Marschallin who was so moving in Garsington’s Capriccio. Is Rosenkavalier an especially difficult opera to cast?

It is indeed. I am so lucky to have the most wonderful cast. Every single person on stage bar one is new to their role, which means we could bring freshness and full development to the characters, and question them from scratch. Miah Persson is indeed amazing and she is the perfect Marschallin. She has the beauty, the youth and the nobility. Ochs is probably the toughest ask and we found the most wonderful singer and actor in Derrick Ballard – he totally inhabits the character. Octavian is Hanna Hipp and she brings intensity, beauty of sound but also true emotional depth. I could go on and on but I’d also like to mention the conductor Jordan de Souza. He is also conducting the piece for the first time and he brings an arch, an urgency and pathos to it, with the Philharmonia Orchestra, that are essential to the experience. I feel blessed.

Jonathan Miller staged it set in 1911 and there have been other productions set closer to the time of composition rather than ‘old Vienna.’ How do you see the opera as to period?

Period is important. 1911 is interesting as a time just before the fall of the Empire. The original setting of the libretto is valuable for the references to the reign of Maria Theresa. But the whole piece is full of anachronisms. A lot of these historical themes have been addressed already in previous productions and this is not something that I felt I had to develop further. However the differences in class and status are essential and we illustrate that. I have chosen to mix slightly the references, with architecture and costumes, to create a timeless experience.

“The passing of the aristocracy to the ennobled bourgeoisie which must learn to yield power to the new forces of democracy” – cultural historian Carl Schorse. Do you think that the political element of the opera has been neglected in many productions?

I’d agree it has. It is present and there for all to see but I don’t think it is necessarily something that can be illustrated clearly, or would necessarily be interesting. It’s subtly done and would have been understood by the audience at the premiere. I love how in Act I we realise the Marschallin has no idea who Faninal is, even though he has been recently ennobled and has a town palace close to the royal palace. They clearly move in very different circles. I think these subtleties of class are easily understood by the British public too. The political element is there but not something I wanted to base the production on.

So popular was the work that special Rosenkavalier trains ran from Berlin to Dresden. How would you sum up the special quality of Rosenkavalier in a few words?

Der Rosenkavalier opens at Garsington Opera, Wormsley, on 2 June 2021, with further performances on 6, 11, 13, 16, 20, 24, 26 June and 3 July. A revival of the much loved production of Eugene Onegin premieres on 3 June, followed by a rarity in the shape of Handel’s Amadigi on 19 June. Rossini’s Le Comte Ory is next up on 2 July, followed by the Garsington Youth Group with The Selfish Giant on 29 July. The season ends with Weather the Storm by Orlando Gough, a collaboration between arts-in-health charity Rosetta Life and the Garsington Opera Adult Company; there’s just the one performance on 30 July.

Full details of all the productions and all you need to know about attending Garsington Opera can be found at  garsingtonopera.org