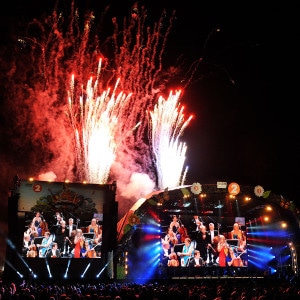 BBC Proms – over for another year
(Photo: Sarah Jeynes)

As this season’s BBC Proms came to a close, it seemed that a retrospective look at them was in order – some thoughts on the season beyond the individual pieces and performances. In this article, those thoughts – illustrated through a number of first-hand examples – are concentrated on two areas of general interest and discussion for Proms audiences: programming and performance.

It is probably true to say that live music of all genres is currently more celebrated than it has ever been. Regular gigs and concerts from both amateur and professional musicians happen all the time, of course – in music venues, clubs, pubs, concert halls and churches all over the UK. But festivals of live music – particular summer festivals – have become more popular over the past couple of decades, possibly fuelled by the drop in revenue from recorded music since the advent of cheap (and illegally free) downloads, but also because of our current era (for those with money, at least) of ‘cultural hedonism’. A brief Wikipedia tally suggests that there are around 400 live music festivals every year in the UK covering classical, pop, rock, folk, metal, dance and many more genres.

The BBC Proms is, as far as classical music is concerned, the grandfather of them all; it was founded in 1895, and taken over by the BBC in 1927. The Proms has the natural advantage of being a British institution, but if it is to hang on to its crown (especially in the light of recent news about possible BBC cuts to their ‘traditional-culture’ offering at BBC4) it cannot simply rely on reputation; it must see off the competition it faces from other summer festivals, and part of this is about content and programming. It must be innovative, yet carry some old favourites; it must be enticing to current audiences, yet seek to attract new ones; it must present some of the best artists in the world, or else it loses its global reputation, and yet it must make way for new talent.

One area of programming that has changed over the past few years is the focus on purely ‘classical’ (in its most generally understood meaning) music, and this year has been no exception: there was a brilliant performance of Fiddler on the Roof, and there were some first-rate concerts of Sinatra, Sondheim, Bernstein and swing; music from the world of stage, film and jazz that might once have been part of Radio 2 Live events, except that Radio 2 has now become the home of ‘classic pop’ (40-somethings remember their youth).

There were also the now-regular refugees from the defunct BBC Electric Proms – this year Late Nights with Radio 1 (presented by Pete Tong), Radio 1Xtra (presented by MistaJam and Sian Anderson), Wireless Nights (presented by Jarvis Cocker) and the Nils Frahm/A Winged Victory For The Sullen 6 Music Prom. Programming all of these can be seen as audience development, and an appeal to the ‘crossover’ audience constituencies – the show-tunes and swing for the middle-class ‘National Trust’ audience, and the rap and Radio 1 material designed for a younger, edgier crowd – but there are balances to be struck. The BBC clearly wants to find such events a home somewhere, and adding them as late-night extras to the original Proms, or making them daring star-billing mainstream events seems, on paper, logical – they can be seen as representative of the opening up of BBC Radio 3 in the face of competition from commercial stations. 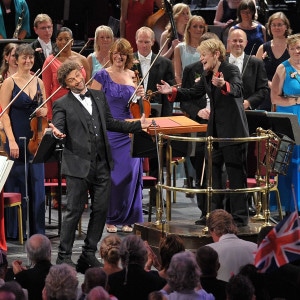 To some traditionalists this might uncharitably be seen as ‘dumbing down’, but for others good music is good music, of whatever genre, and all of these Proms were first-rate musical experiences. No, the warning here is about mission creep and loss of identity. If Radio 3 sees its role as promoting all genres of music in the name of broadening traditional listeners’ tastes (rather than as concentrating on classical music), then the Proms, if it simply sees itself as the festival-voice of Radio 3, will inevitably become a mixed-genre BBC Live Music Festival. It is right that the BBC’s music offering should be broad, but it is not right that Radio 3 should be the sole area where the seams are let out.

When the 2015 proms season was first advertised, it is probably fair to say that it was not greeted with universal enthusiasm. This year has been Edward Blakeman’s first year as full Director, but it is certain that, given the need for long lead-in times for booking artists of Proms calibre, much of the season was already determined at least five years ago, in the Roger Wright era. Whoever was responsible, it has been a patchy season in terms of programming; there were some brilliant stars such as Messiaen’s Turangalîla Symphony, Elgar’s Gerontius, Sibelius’ Kullervo, and Monteverdi’s Orfeo, but parts of it seemed a bit on the dull side.

There was a lot of ‘collect-the-set’ programming this year: the complete Prokofiev piano concertos (in a single concert); the complete Sibelius symphonies; all of the Bach violin sonatas and violin partitas and cello suites; all of Stravinsky’s Ballets Russes music; all of Beethoven’s piano concertos. Such programming looks daring, and may appeal to train-spotter listeners, or keen musicologists; it may certainly appeal to performers, who are then able to add such a marathon to their biographies. But this is how we buy recorded music, not necessarily how we listen to it – live or otherwise – and it is arguable whether, for example, hearing all five of Prokofiev’s piano concertos one after the other makes for a satisfying evening; they are very different from each other, and do not, when placed in order, necessarily create a worthwhile emotional trajectory. On the whole, such programming feels slightly lazy, as the input required is that of a cataloguer not an emotionally attuned musician, and simply programming Beethoven ‘by the yard’ is an easy way to fill up concert space without too much thought.

The anniversary composers this year have been oddly handled too. Proms tradition is usually for a couple of evenings devoted to a composer’s major works, and a smattering of smaller works here and there. This year, Jean Sibelius had the lion’s share – all seven symphonies, Kullervo (a symphony by itself) the violin concerto, Finlandia, and three smaller works – while Carl Nielsen was represented only by a single symphony (out of a catalogue of six), three concertos and a collection of shorter works. Russian composers were well represented by Prokofiev, Shostakovitch, Stravinsky, Rimsky-Korsakov, Tchaikovsky, Rachmaninov – and even Scriabin – but there wasn’t a single piece by Alexander Glazunov, who like Sibelius and Nielsen, was born in 1865; there are eight symphonies to choose from, and if ever there was an opportunity to present his rarely heard but lovely saxophone concerto, the 2015 Proms was surely it.

Not all of the programming has been faulty, though. The Proms Saturday Matinée concerts, dedicated to baroque works in the smaller space of Cadogan Hall have been a good concept, and have seen some excellent performances. Many of the Proms concerts have provided an appropriate, interesting, and well co-ordinated mix of old and new. Where concerts have had a clear theme, they have worked very well – such as Eric Whitacre’s American Prom, the exploration of ‘the profane’ in the Danse Macbre / Lanterne of Light / Carmina Burana Prom, and the voyage through orchestral texture in the Boulez / Ravel / Stravinsky Prom. One or two of the mixed-work concerts, though, have contained the odd hiccup in programming, the peculiar out-of-place positioning of Mozart’s D-minor piano concerto in the First Night being a case in point.

A good festival not only attracts audiences through its programming, but also gives them such a good time that they come back for more, and much of this is down to performance. As Sir András Schiff remarked in an interview on BBC Radio 4’s Front Row this August about his forthcoming performance of Bach’s Goldberg Variations at a late-night Prom:

“…this is a unique audience. At the Proms, they are there and they create a unique atmosphere, and somehow, you walk out into that huge space, and in a matter of seconds you are imagining that you are in your living room. The people do that – the way that they listen, the way that they concentrate, and with their concentration they give us inspiration, and they give us wings.” 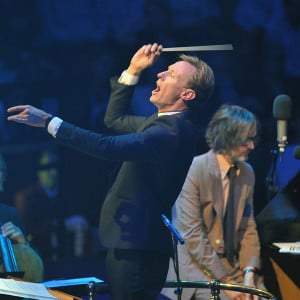 The revered pianist speaks a great deal of truth here: the Proms audience is unique; there is always an air of celebration about a Prom – whatever the programme – rarely felt anywhere else. The feeling of polite middle-class convention that sometimes pervades classical-music concerts is nearly always missing, and there is frequently an air of human and genuinely emotional engagement. More Proms performers, though, need to read Sir András’ words, and understand what he is saying about communication, and that it is not a one-way street. Because this is a festival; just like Reading or Glastonbury, it is a chance for that magic live communion between performer and audience to blossom, and to make the Prom even more of a special experience.

The world of classical music is full of talented performers; any post-graduate student at a Conservatoire can sight-read an instrumental piece and give a technically decent performance; yes, it requires prodigious talent to do this, but such talent is not that rare. The value-added from a seasoned performer, then, must come from beyond the notes on the page. It must come from interpretation, from an understanding of the performance practice of the piece, from understanding its historical context, and by communicating all of this to the listener. This doesn’t (as one respondent to a critique of a piece suggested) mean ‘prancing around’, nor does it necessarily involve fixing audience members with a basilisk stare, but it does, in the true sense of the word, mean that performers have to entertain the audience, and it certainly means they should get their heads out of the copies. This is not simply an audience sitting in on a studio recording, or a disembodied sound through speakers; it is an occasion, a performance that is happening in the same room as the one in which the listener is sitting.

Singers are well aware of this, and they have the advantage of words and gesture, but more instrumental soloists need to understand it as well. There have been some good examples this year – Julian Rachlin was clearly transported to another place by the Sibelius violin concerto, and he took his audience with him; the same was true of Schiff himself and Alina Ibragimova when they played Bach in the Albert Hall. Alas, though, the latter did not play from memory at her Cadogan Hall concert (as a soloist with Apollo’s Fire), neither, in the same venue, did Dmitry Sinkovsky. To be asked to perform at the Proms is, after all, a prestigious invitation; and a performer learning a piece so that their eyes and soul are out of the printed music, and are part of the performance seems a small repayment for such a career-enhancing opportunity.

The Proms is a great institution, but the reputation that built it is based on excellence of performance, and an understanding of what classical music is, and what its listeners enjoy. While it is manifestly true that the Proms would not exist without the BBC, if it is to retain its reputation, this unique festival must guard its unique selling point against the pressure on the BBC to become all things to all people. Audience-building is as much about ensuring a unique live-music experience through professional top-quality engaging performance as it is about simply getting more people through the door.