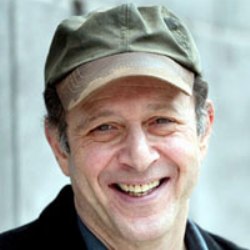 When the musical style known as Minimalism began to take hold in the late 1960s it would have seemed almost inconceivable that, 40 years on, whole weekends would be devoted to public celebrations of its leading composers.

In fact Steve Reich would have been an unlikely candidate for such treatment until recently, but his appointed position of the godfather of this musical style is now completely assured, his influence felt far beyond classical music. As a result the Barbican’s celebration of his 70th birthday is a likely sell-out, with two full days of events.

Where Reich has tended to win over the classical purists is in the constant development of his material. Reich’s compositions employ gradual development on a more concentrated scale than contemporaries Philip Glass, Michael Nyman or John Adams, so that the patterns constructing a piece are always subject to change. His output itself seems to be undergoing a similar progression, with a more recent emphasis on word settings.

Reich was born in New York to Jewish parents, and but for a stint in San Francisco has lived there all his life. Despite a string of birthday-related interviews and the upheaval of moving house, he was gracious in offering musicOMH a brief chat between tasks.

On the strength of our brief conversation his personality reflects his music rather well – energetic, incisive, almost impatient – but also good humoured. He sounds remarkably fresh, particularly when talking of the watershed year in which he discovered Stravinsky’s Rite Of Spring, used as part of the Barbican celebration’s opening concert.

“I was 14 years old and a friend said to me: ‘I have something you really should hear.’ I went round to his house and heard it, and I think the whole world changed for me. I had never heard any music past Wagner, it was like another universe. I had also never heard any music before 1750 when I was a young child, but I heard Bach’s Fifth Brandenburg Concerto and that made an enormous impression. And then I heard BeBop, Charlie Parker, Miles Davis and drummer Kenny Clarke, and that made an enormous impression. Those three musics really formed the background of what I’ve done all my life. The Rite Of Spring was like someone had opened a door into a new room.”

Reich’s early works were speech based, though the speech always contained implications of pitch. The first arrived almost by happy accident. It’s Gonna Rain is a loop of street preacher Brother Walter as taped in San Francisco’s Union Square, and employs a technique Reich discovered on two looped reel to reel recorders, both moving at different speeds and shifting their material further apart in time. With this and Come Out Reich defined his early style, but continued to strive to write instrumental music.

This he began to realise with the relatively black and white keyboard works Piano Phase and Four Organs, the latter an extended musical cadence of some 20 minutes that nearly caused a riot when Michael Tilson Thomas included it in a Boston Symphony concert in 1973.

By that time Reich had formed his own instrumental ensemble, specifically for the performance of his own music, and it was here that a strong sense of community began to take hold in his work. Nowhere was this more evident than Drumming, a piece for percussion ensemble and voices lasting anything up to an hour and a half, its composition immediately following an extended visit to Ghana.

Reich’s music continued to be firmly rhythm based, and the Music for 18 Musicians fused a lean chamber orchestra and percussion, its unbroken span of an hour proving something of a cult classic when recorded for the ECM label in 1978.

The following year Reich moved into the orchestral field with the luminous scoring of Variations for Winds, Strings and Keyboards, though his feelings on that piece – and his subsequent orchestral output -are now less than complimentary. “I don’t write for the orchestra now. In 1987 I decided that I don’t need 18 first violins – as a matter of fact that’s terrible for what I do. I need one or possibly three at the most, and that’s basically for all the pieces since then. You Are is the outstanding piece that has ‘my’ orchestra – some woodwind, no brass, lots of percussion and four pianos, that’s basically my orchestra, and that’s what I had in mind.”

Regarding the 1979 Variations, Reich says, “I am not very fond of that piece; it’s not something I have a great deal of affection for. I feel the other orchestral pieces have their moments, particularly the first and second movements of Three Movements, and there is some interesting stuff in the last movement of the Four Sections but basically it’s writing with one hand tied behind your back, so I have no intention to go back at the moment. Life’s full of surprises though!”

Reich’s newest piece, the Daniel Variations, will receive its world premiere as the culmination of the Barbican festival. It’s a juxtaposition of texts from the Old Testament book of Daniel with writings of the American journalist Daniel Pearl, who was kidnapped in Pakistan in 2002 and tragically killed. This is in effect Reich’s response to the tragedy of 9/11 – less direct than John Adams but according to the composer, his darkest music yet.

“It’s very dark but unfortunately that’s the world we’re living in, whether we like it or not. The dream from the book of Daniel is especially vivid, and it shows how dreams are heaven and reality is for us.” On his enjoyment of writing vocal music, Reich says that “there is a lot of repetition in the early pieces, it’s true, but ever since Tehillim and The Desert Music I’ve been interested in setting texts, because it forces me to do something I wouldn’t otherwise do. Text insists on its own harmonic interpretation, on its syllables, its sound and its meaning, and one has to deal with that. I also enjoy being forced to do something I haven’t done before.”

Reich’s appeal to pop listeners stems primarily from an appropriation of Electric Counterpoint by The Orb, who sampled it for their hit Little Fluffy Clouds. Reich did not complain at the use of the sample, receiving widespread respect for the decision, and in time has sanctioned remixes by leading electronic lights such as Coldcut and DJ Spooky.

The Barbican’s weekend devoted to Reich’s 70th will feature these artists in a special ‘Remixing Reich’ concert on the evening of 7 October. From 11am that day early works will be performed in LSO St Luke’s, including It’s Gonna Rain and Come Out. Proverb and the string quartet masterpiece Different Trains will follow in the same venue in the afternoon, the latter performed by dedicatees the Kronos Quartet.

Immediately following this comes a vocal concert at the Barbican Centre, with You Are and Tehillim offered in a fascinating contrast to Bartok’s Music for Strings, Percussion and Celesta.

Reich fans have a similarly crowded second day to enjoy, up with the lark again for Eight Lines and Music for Mallet Instruments, Voices and Organ in St Luke’s at 11am. New York is under the microscope at the church three hours later, with the Kronos Quartet once again featuring in fellow minimalist Michael Gordon‘s The Sad Park alongside Reich’s City Life. Responses To Reich, in the Barbican at 5pm, includes tributes from Gavin Bryars and David Lang, with Electric Counterpoint a crowd pulling inclusion. Finally Quintessential Reich will offer just that, the new Daniel Variations alongside Cello Counterpoint and the Music for 18Musicians, Reich himself leading the performance.

For those unable to attend, Nonesuch has released an affordable five disc survey of Reich’s work entitled Phases, including a good few of the pieces on show in definitive performances sanctioned by the composer. It’s a recorded legacy plotting Reich’s development as a composer of great verve and invention. For an example of how to make less into more, the music of Steve Reich could be used as a vivid illustration.