by Sam Smith
published: 25 May 2016 in Opera and Classical Reviews
Tweet 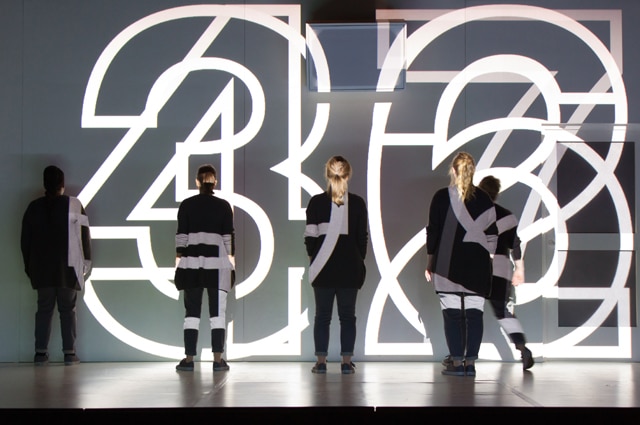 4.48 Psychosis was the final play that Sarah Kane wrote before her suicide in 1999, and was performed for the first time in 2000. Given that it is about someone who contemplates, and then commits, suicide, it is easy to see it as purely representing Kane’s own state of mind, cries of despair or suicide note to the world. Such a view, however, ignores the experimentation with text that Kane had demonstrated from her very first play Blasted (1995) onwards, and which in itself provides many reasons why 4.48 Psychosis emerged in the way that it did.

The play takes its name from the time in the morning when Kane would often wake in her depressed state, and consists of one person pouring out her (suicidal) feelings. Given the musicality of the text it always offered potential as an opera and British composer Philip Venables’ new version, created in a joint programme between the Royal Opera and Guildhall School of Music and Drama, now enjoys its world premiere at the Lyric Hammersmith in a production directed by Ted Huffman.

Although the play is about one woman’s state of mind, theatrically it can be presented in many ways and the premiere employed three people. Here, the part of the woman is played by six female singers, which allows (sometimes discordant) harmonies to be rendered, enables the various facets of her character to emerge, and alludes to the voices in her head that speak to her. One singer takes on the role of the psychiatrist, but even she is the woman as she is recalling what the psychiatrist said to her in their meetings. 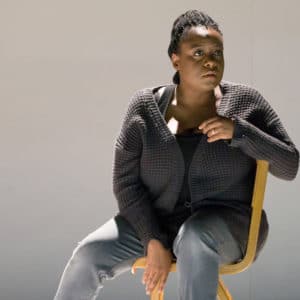 Venables’ score, played by the CHROMA Ensemble conducted by Richard Baker, is poignant and atmospheric and suits the words very well. It allows some to be uttered slowly, and others to be rattled through in a haze, signifying how someone’s thoughts can rush in and pile on top of each other. While this 4.48 Psychosis undoubtedly constitutes an opera, the music is best understood as a contributory component to a sensory experience that is also created through word, setting, gesture, movement and sound in the widest sense of the word. We sometimes hear the radio play or ‘voiceovers’ from offstage. Similarly, ‘arias’, cries of despair or religious sounding music can be abruptly interrupted by other sounds, revealing how thought patterns can shift and some feelings drown out others.

The woman’s meetings with the psychiatrist are sometimes played out with two percussion instruments exchanging their sounds while the words appear as surtitles on the set’s wall. This is clever as the instrument ‘playing’ the psychiatrist varies, but the woman is always portrayed by a bass drum as if she finds it difficult and effortful to provide answers. The surtitles also bring out points in their own right. When the ‘psychiatrist’ sings, they provide the full ‘version’ while she only trots out half of the words. This changes their meaning entirely, and suggests that the psychiatrist too needs help, which she does because she is the woman. When another of the women sings an ‘aria’ the surtitles do not highlight her main line, but rather the accompaniments and interjections of others.

The cast proves excellent, with the woman being played primarily by Gweneth-Ann Rand, but also Clare Presland, Susanna Hurrell, Emily Edmonds, Jennifer Davis and Lucy Schaufer (who also embodies the psychiatrist). Hannah Clark’s set feels appropriately sterile, encapsulating a room with no windows, two chairs and a table, while also presenting a white, clean-edged area that enables the ‘drama’ of the woman’s mindset, replete with light and shade, to be played out to the full.