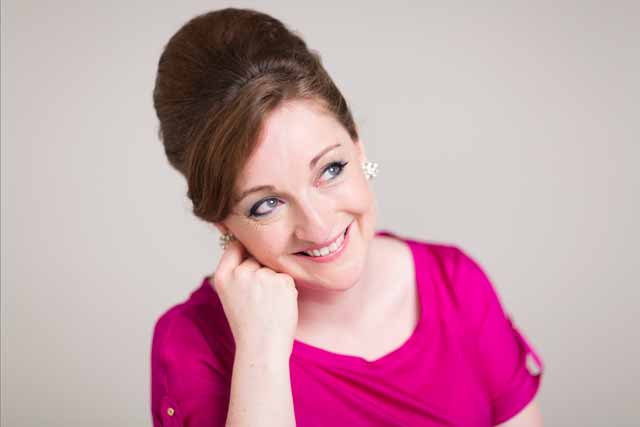 Musical Christmas miscellanies can be a bit hit or miss, but Graham Johnson’s Songmakers’ Almanac’s A Winter Birthday on Saturday was everything you’d want it to be: a mixture of the new and the familiar, the sweet, the caustic and the spicy; truly a Box of Delights. Johnson, with his usual flair for not only providing subtle pianistic support, but allowing the instrument to sing out on its own, accompanied a trio of vocalists – soprano Ailish Tynan, mezzo-soprano Anna Huntley and baritone Theodore Platt – whose voices were as beautifully matched as they were contrasting.

The songs spanned the 19th and 20th centuries, and were not always obvious choices. Vaughan Williams’, Howells’ and Warlock’s English pastoral The Oxen, Come Sing and Dance and The First Mercy were set against sacred (and secular) numbers by Wolf; Grieg’s Julens Vuggesang and Richard Strauss’ Die drei heil’gen Kön’ge (in a piano reduction which Johnson imbued with all the sonorities of the orchestral original) rubbed shoulders with French works by Debussy, Ravel and Poulenc, as well as Charles Ives’ unexpectedly simple and charming A Christmas Carol. Some works were by composers whose birthdays also fell in December (who knew that Beethoven shared a birthday with Zoltan Kodály and Noël Coward?), but even these were cleverly chosen so as evoke the spirit of the season (Kodály’s wintery Busán csörög a lomb/Sadly rustle the leaves, Franck’s lullaby La vièrge à la crèche; the party atmosphere of Beethoven’s Der Kuss; the showbiz of Coward’s Mrs Worthington).

Knitting them altogether was a collection of carefully chosen readings – from scriptural to witty, taking in Thomas Hardy, Ursula Fanthorpe and Wendy Cope along the way – read by Dame Janet Suzman, who imbued each one with a winning sense of period, place and character.

Ailish Tynan’s voice is rich, sweet and complex, and her account of the Strauss was perfection. Her consummate understanding of idiom showed in the delicate mezza-voce singing for the description of all the small creatures in the Warlock, the sense of genteel fun accompanied by the delicate piano oom-pahs in the Howells, the almost paso doble swing of Joaquin Nin’s Villancico murciano, her little old man voice for the third king in Wolf’s Epiphanias, and her chilling delivery of Debussy’s always topical Noël des enfants qui n’ont plus de maisons.

Anna Huntley’s voice, by contrast, while sweet and full, carries a little more astringency in tone, and this not only worked perfectly for the Franck duet with Tynan, but was spot on for the long lines over busy piano of Wolf’s slightly scolding Die ihr schwebet, Britten’s simple The Birds, the American folksiness of the Ives and the upbeat habañera quality of Nin’s Villancico Andaluz.

The young baritone Theodore Platt is a newcomer to The Songmakers’ Almanac team, and this was his Wigmore Hall debut. His voice has not only power throughout his range, but there is to it everything you’d want in an English baritone, including warmth with edge. Of all the singers, he demonstrated the most adaptability with language, tackling German (Wolf’s Nun wandre, Maria), French (Ravel’s Noël des jouets), Hungarian (the Kodály), Norwegian (the Grieg) and Euskera (Nin’s Villancico vasco), as well as American English for Harry Woods’ ragtime Poor Papa with equal verve and style. Definitely a voice to listen out for.

The evening finished with that most Christmassy of composers, Engelbert Humperdinck, and Weinachten, the composer’s setting of words by Adelheid Wetter, the three singers delivering a bewitchingly blended harmony for its final stanza.