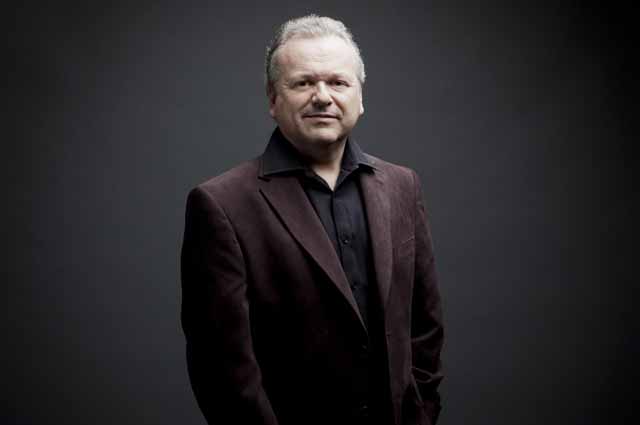 This was a perfectly balanced concert from the Academy of Ancient Music, conducted by Michael Collins, in which Mozart formed the backbone to the evening but attention was also paid to some lesser-known pieces.

The evening began with Salieri’s Symphony in D major, ‘Sinfonia Veneziana’ of 1786, in which the first movement comes from the overture to his immensely popular La scuola de’ gelosi of 1778, and the second and third from La partenza inaspettata of 1779. Since the symphony was only a mid-eighteenth century ‘invention’, deriving from the Italian opera overture, there was a great deal of fluidity between the two genres at the time, so that overtures were often subsequently adapted as in this case.

Salieri’s symphonies lack the robustness of Mozart’s or Beethoven’s where the brilliance can still shine through even if the performance itself is a little below par. Here, because so much of the intended effect is vested in the balance, textures and contrasts, a performance that failed to achieve these perfectly would considerably undermine the overall experience. In the case of the AAM, however, there were no problems at all, helping us to appreciate the Sinfonia Veneziana (although it only acquired that title in 1961) as an exceptionally accomplished piece in its own right.

The playing was characterised by outstanding precision, which in itself allowed all of the lines to come through and enabled, at times, the clarity and stridency of some sections of strings to contrast well with the dreamy flow of others. It was probably placed first in the programme because it felt so much in the overture mould, but following it immediately with Mozart’s Symphony No. 27 in G major, K199 (c.1773-75) did not so much diminish our feelings for it as highlight just how brilliant the latter is. This is because the performance revealed how the piece’s ultimately greater level of substance in itself enabled its textures to feel richer, so that while with the Salieri one has to focus specifically on bringing out the colours and contrasts in the piece, with the Mozart focusing on the very essence of the piece automatically brings everything else out. The other Mozart symphony to feature in the evening was his Symphony No. 16 in C major, K128 (1772), where the textures in the Andante grazioso were also mastered particularly well by the strings.

At the end of the first half of the programme were three arias sung by Soraya Mafi. Their disparate nature enabled Mafi to reveal great variety in the way in which she performed them, but all were characterised by total commitment and a voice that remained precise and focused even as it reached quite expansive and passionate heights. ‘Ruhe sanft, mein holdes Leben’ from his uncompleted Zaide of around 1779 was suitably dreamy, while ‘Aer tranquillo e dì sereni’ from Il rè pastore of 1775 had an appropriate sense of the joie de vivre. Nehmt meinen Dank, K383 of 1782 was composed for Aloysia Weber for a special benefit concert, which meant that she received the box office takings. As a result, since this aria explicitly thanks those in attendance for their support and generosity, Mafi really had the chance to communicate with her audience.

The second half began with the cheerful overture from Erwin und Elmire (1776), written by Duchess Anna Amalia of Brunswick-Wolfenbüttel, and ended with an exquisite performance of Mozart’s Clarinet Concerto in A major, K622 (1791), in which additional interest was brought by the fact that soloist Nicola Boud played it on the basset clarinet. This instrument was developed by the clarinettist Anton Standler, for whom the concerto was written, and though it proved to be short lived the fact that Mozart composed this and his Quintet in A major for Clarinet and Strings, K581 (1789) specifically for that instrument has ensured it has not been entirely forgotten. The evening also included a short mystery piece, which was deliberately not listed in the programme so that audience members could write down and submit their best guesses as to the country and date of composition, if not the precise composer.

For details of all of the Academy of Ancient Music’s recordings and forthcoming events visit the designated website.