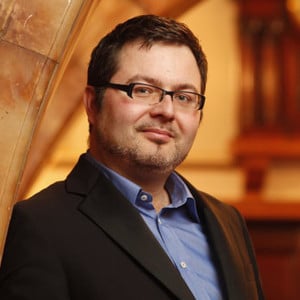 Tristan und Isolde? Give me Acis and Galatea any day – especially when it’s sung and played like this, by the cream of today’s young Handelians. The Early Opera Company has a style all its own, characterized by vibrant, fervently committed execution – nothing dry and dusty about either singers or instrumentalists, yet if the word ‘authentic’ means anything to you, then this is the band you want to hear in this music.

From the moment he swept his players into the Sinfonia to when he kissed the score as the final applause began, Christian Curnyn directed a fresh, lively performance of this wonderful music: aria after aria gave constant delight, and the playing made you want to stand up and cheer – especially Katharina Spreckelsen’s oboe and Ian Wilson’s recorder, both players showing infectious enthusiasm.

It’s hard to imagine a finer team of soloists. Sophie Bevan did what she has done every time I have heard her (and that is many times, from her debut at the RCM onwards) – that is, she sang difficult, demanding material as though it were the most natural thing in the world, and she interpreted Handel’s music with self-effacing grace. Both ‘Hush! Ye pretty warbling choirs’ and ‘Heart, thou seat of soft delight’ were absolutely magical.

Much as one might love this work, it’s sometimes the case that one wonders why Galatea didn’t go for Polyphemus, given the often weedy figure presented by the Acis. Not so here – Robert Murray was a most credible lover, his tone ringing out heroically in ‘Love sounds th’alarm.’  Samuel Boden sang Damon with sweet, refined tone, especially in an eloquent ‘Consider, fond shepherd.’

Matthew Rose had stepped in at the last minute to take on Polyphemus, and there is no finer giant around today, as those who heard him sing the role at Covent Garden will know. You can’t help but sympathize with this hopeless lover, whose compliments never quite hit the mark, and ‘O ruddier than the cherry’ was gruesome perfection.

Using the solo voices with only two other singers to round out the choral parts (Oliver Hunt and David de Winter, both towers of strength in ensemble) made the performance close to Handel’s original concept. The central characters live out their drama and then stand back to reflect upon it, and this was especially poignant in ‘Wretched lovers!’ and ‘To kindred gods.’  No need for Norns, and it all goes from ecstasy to immolation in under two hours. Fabulous.

The Early Opera Company on Spotify