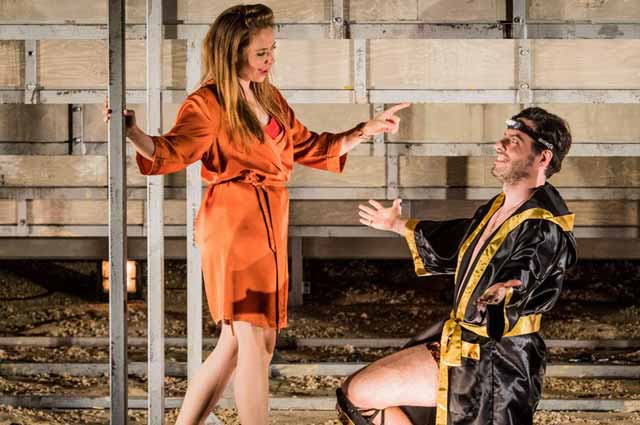 There is nothing to equal the collaboration of real experts in their field, as The Grange Festival has demonstrated yet again with this stunning Agrippina – Michael Chance, Robert Howarth and Anna Bonitatibus in their roles as musical overseer, conductor and leading lady respectively, provide the same excellence shown in last season’s outstanding Il ritorno d’Ulisse. As with that production, everything possible is done to bring newcomers to early opera into the fold, but never allows stage effects to take precedence over singing.

And what singing it is. Handel’s skill at the age of 24 may not have been that of the master of Serse, but the score provides plenty of opportunity for both virtuosic display and tender phrasing, opportunities eagerly seized by an outstanding cast. If you were moved by Anna Bonitatibus’ noble, serene, patrician Penelope, you’ll be thrilled by her totally contrasting but equally brilliant Agrippina – she sings even her most fiendish arias with insouciant skill, and presents every facet of this scheming character with utter conviction. Just as her singing of ‘Pensieri, voi mi tormentate’ combines dramatic force and verbal nuance, so her wheedling of her husband and various ‘suitors’ blends cunning and humour.

She is surrounded by an exemplary cast, with Raffaele Pe a superbly oleaginous Nerone and Christopher Ainslie a sweetly lyrical Ottone – both sing wonderfully, and you can sense the influence of Michael Chance, himself a notable Ottone, in both their phrasing and production of evenly beautiful tone. Stefanie True is a new name to most of us, and she was a sensational Poppea, fulfilling the role of ‘one of those Handelian sex kittens’ to perfection and singing with confident projection and bright, sparkling sound. 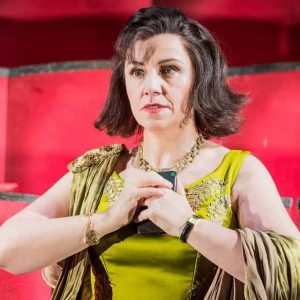 The Academy of Ancient Music played brilliantly for Robert Howarth – what an unassuming, devoted musician he is, and what glorious performances he inspires. Profound love for the music and intensive preparation were evident in every bar, and under the leadership of Bojan Čičić, the playing was truly Handelian.

The production is great fun – it’s one of those self-referential ones in which we the audience are gently mocked. Walter Sutcliffe directs the action at a cracking pace, yet manages to turn our focus instantly to intimate moments when required, and he makes all these larger than life individuals seem almost likeable. Jon Bausor’s ingenious set design and Wolfgang Göbbel’s bright, expansive lighting work together to provide constant surprises. The set is loosely based around the opera house, there is plenty of booze about, and Pallante and Narciso are costumed in Oxford dark and Cambridge light blues, in a nod to what must make up a fair proportion of the audience. There are many lovely stage pictures – Poppea emerging from what look like the Grange’s doors in particular – and the revolve is impressively used. But it is the singing which prevails, and it would be worth going for that alone: another triumph for The Grange Festival.