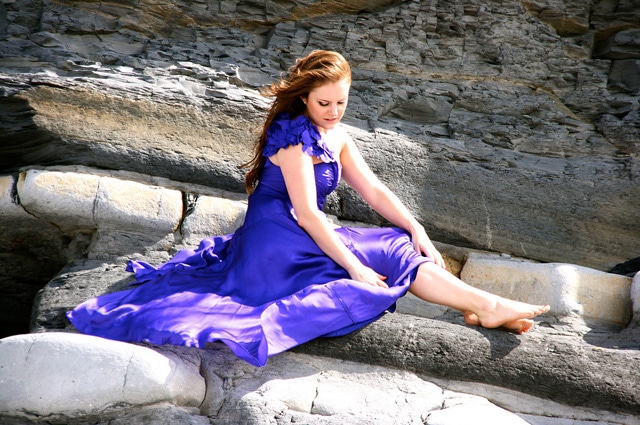 Reviewing her performance in the Proms Fidelio last year, we said that Louise Alder’s Marzelline, with her launching of the great Act I quartet, might well have merited Flagstad’s famous comment about Elizabeth Schwarzkopf’s singing in the same role, that she had “never heard a lovelier sound come from a human throat.” Alder’s is indeed a very beautiful voice, clear and silvery rather than rich and golden, and she uses it with exceptional musicality. She’s also an adept stage personality for so relatively young a singer, and for this recital she chose a very varied programme to highlight her versatility and confidence.

The selection of songs was mostly drawn from the well known, such as Mendelssohn’s ‘Auf Flügeln des Gesanges’ and Strauss’ ‘Morgen,’ allowing Alder to give fresh impetus to these familiar works. The first group, of Mozart songs, was equally well loved, and although one might miss the last ounce of ecstasy from her ‘An Chloe,’ Alder’s ‘Abendempfindung’ was suitably melancholy without being cloying. No lack of ecstasy from James Baillieu’s playing, alert to every nuance in both songs.

The same was true of the Bizet and Fauré groups, where the singing was fluent yet missing the ideal sense of languor, which was certainly supplied by the piano, especially in the elegantly rippling phrases of ‘En sourdine.’ The Strauss songs were cleanly and idiomatically sung – how refreshing not to hear an intrusive ‘h’ in ‘Du lebtest mit mir,’ the final line of ‘Cäcilie’ – although some might want a more heady sense of rapture in ‘Heimliche Aufforderung.’

Alder was at her best in the Mendelssohn group, the lilting melodies here ideally suited to her soprano, and both she and her accompanist caught exactly the right mood in ‘Gruss’ and ‘Neue Liebe.’ The final group comprised three Petrarch Sonnets by Liszt, and although it was, as always, a joy to hear them and an ambitious selection for a young singer, there were a few moments where the higher notes were a challenge and where the lower ones needed more depth. This is, however, to judge the singing at a very high level. James Baillieu gave her the most collaborative accompaniment throughout, with the delicate phrases of ‘I’vidi in terra angelici costumi’ a particular joy.

Louise Alder has already won many of the most coveted prizes in her field, and is set to sing Pamina in this year’s Garsington Opera production of Die Zauberflöte as well as Sophie in the revival of Glyndebourne’s Der Rosenkavalier. This recital should render those appearances even more eagerly anticipated.