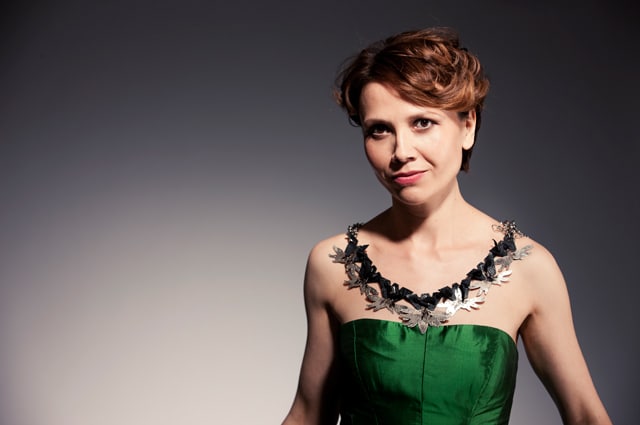 The last concert in the London Handel Festival of 2016 also marked the final performance in Catherine Hodgson’s time as Festival Director. If holding that post for the past seventeen years represents a remarkable achievement, no less so does the piece that was performed over the evening. Alexander Balus, which premiered in 1748 but is now one of Handel’s least performed oratorios, illustrates just how thin the dividing line can be between a work such as Messiah, which is performed many times each year, and one of which few people have ever even heard. This is because, if it is easy to explain why some of the composer’s works quickly faded into obscurity, Alexander Balus is not one of these.

The story, which works to a libretto by Thomas Morell after the biblical book of 1 Maccabees, is set around 150BC. With the help of Jonathan and the Jews, Alexander has conquered Syria and claimed the title of King. Ptolemee, King of Egypt, then offers Alexander the hand of his daughter Cleopatra and the two fall in love. Ptolemee’s aim in doing so, however, is to gain influence in Syria and he succeeds in conquering several towns after being admitted to them as (supposedly) Alexander’s friend. Although Jonathan leads the Israelites in a successful counter-offensive against Ptolemee, news arrives that Alexander has been murdered. The work thus ends with Cleopatra longing to end her days in retreat while the Israelites praise Jehovah.

If there is an explanation as to why Alexander Balus ever fell into obscurity it probably lies in the plot. Act I sees little more than Alexander and Cleopatra considering their feelings for each other (mainly separately), while Act II does more or less the same, even if it achieves a resolution to this as they marry, and also introduces the idea of treachery towards Alexander. It is only in Act III that the majority of the story plays out, and even here such key events as the King’s death are merely reported.

Against this, however, there is some wondrous music as various arias are accompanied by some beautiful combinations of instruments. Cleopatra’s ‘Hark, hark! He strikes the golden lyre’ in Act I is accompanied predominantly by harp and mandolin, while Alexander’s Act II aria ‘Kind hope, thou universal friend’ sees the strings periodically play out just the first two beats of the bar against the brass, thus creating senses of space and anticipation. Both Acts I and II feature exquisite duets (between Cleopatra and her confident Aspasia, and Alexander and Cleopatra respectively), and there are several ‘accompanied’ recitatives where the fullness of the orchestration makes them feel like a halfway house between a recitative and an aria. The Sinfonia that begins Act III sees fine interaction between oboes and bassoon, while Cleopatra’s final aria of mourning captures her numbness and quiet dignity as the strings initially alternate the beats that they play with the harpsichord before both come into line.

Laurence Cummings led the excellent London Handel Orchestra from the harpsichord, while the soloists were very strong. The highest profile name among them was probably Renata Pokupić who has a number of appearances at the Royal Opera House to her name. If some of the lines seemed to sit just a little lower than would have been ideal for her mezzo-soprano, overall her class showed as she produced a rich and resonant sound. The baritone of Josep-Ramon Olivé, winner of both the first and audience prizes at the 2015 Handel Singing Competition, also felt highly accomplished as he played Ptolemee. Spencer Lang, who had only stepped in to replace Alexander Sprague as Jonathan at the eleventh hour, was possessed of a remarkable tenor instrument that proved light yet full, and was very aesthetically pleasing. With a sweet voice, expressive manner and impeccable enunciation Katherine Watson excelled as Cleopatra, while Sophie Junker’s own rich soprano ensured that she was equally impressive as Aspasia.

The oratorio was also presented well so that the soloists who sat at the sides when not singing sometimes rose momentarily to highlight their presence in the drama. Little things such as the glance that Alexander and Cleopatra exchanged in Act I as one of them entered and the other exited also revealed the attention to detail that had gone into the performance. The London Handel Singers were also stirring, capturing the celebratory nature of the Act I choruses and a sense of intrigue in the Act II chorus on the theme of calumny, while in both cases still blending their voices precisely. Chorus members also took on several solo roles with each performing very well. As the evening went on, a few rough moments may have crept in, but they mattered for very little and never detracted from the overall degree of polish that was applied to a highly interesting and undoubtedly underrated oratorio.