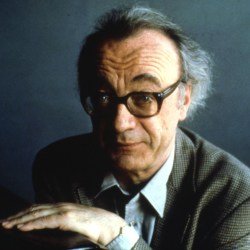 In this modern age of technical perfection, where students are expected to master their Czerny and Chopin and Ligeti etudes, one could be very much forgiven for forgetting that performing music can be fun too.

I got a timely reminder of that today from 75 year old legendary pianist Alfred Brendel.

Performing a predominantly classical period programme, Brendel started the evening with Haydn’s Sonata in D major Hob XVI/42, a work which showcased his sensitivity to the balance in sound between the two hands.

The first movement, a theme and variations, was performed with immense colour changes. He was always manipulating the audience’s expectations with sudden pauses and changes in tempo. In the Vivace, the notes were amazingly clean (one would have forgiven mistakes considering his age, there were hardly any), and it was a demonstration of how excellent technique is not an end but a means to an excellent performance.

Schubert’s Sonata in G major D894 was up next. The chorale opening was highly intense, but somewhat feminine. In fact, Brendel’s performance overall was not a masculine one perhaps his lack of muscle was also due to his age. Nonetheless, his remarkable range of tone colour and touch more than made up for the lack of physical power, and the chorale opening had more intensity than some of the more masculine performances I have heard before. Furthermore, his ability to phrase on the piano was striking, and I kept wishing the lyrical theme would not end. In the second movement, Brendel took extra effort to bring out the melody, which was in the middle line shared between both hands on the piano. Such meticulousness is truly the distinction between the greats and the legends. Still, he never stopped playing with audience expectation, and despite the fact that the theme of the last movement has many repeated notes, he managed to make each note sound different. The cheeky ending somewhat seemed out of place, but it did contribute to the ‘music can be fun!’ mood of the evening.

Mozart’s C minor Fantasia, K475, and A minor Rondo, K511, came after the interval. Both were once more highly entertaining, especially the way Brendel played with the chromatic notes in the Rondo, and his fast notes in the upper registers were pristine.

The last work of the evening, Haydn’s Sonata in C major Hob XVI/50 was probably the most amusing work of the programme, especially with the unexpected pauses and tempo changes in the music. Particularly powerful is the way Brendel handled the portion in the music where the suspend pedal had to be used. Every note was crystal clear, and he brought out each and every different character in the entire work. Only a performer of Brendel’s calibre could perform Haydn with both finesse and cheek at the same time. I am sure Haydn himself would have approved of the performance.

For the encore, Brendel unhelpfully did not mention what he was playing, although it is likely to be a middle movement of a Mozart Piano Sonata. Unlike the full concert programme, this was performed in a more masculine fashion, and brought the evening to a witty climax. I wonder if Brendel will still sound as amazing when he is eighty? I think so.