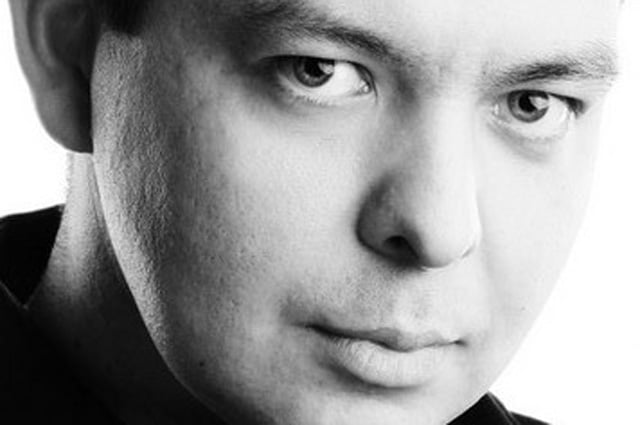 While Opera Settecento has tended to focus on pasticcios at the London Handel Festival, with Elpidia being presented in 2016 and Ormisda last March, its contribution this year was a bona fide Handel opera. Amadigi di Gaula HMV 11 is not a work that, as with some of the composer’s most obscure creations, one may only ever get a single chance to hear live, but it is still not performed with anywhere near the regularity that its brilliance merits.

It premiered in 1715, four years after Rinaldo, but five years before Radamisto heralded the start of Handel’s total domination of London opera. It proved popular, receiving six performances in that season and six and five respectively in the two that followed. In 1789 musical historian Charles Burney declared ‘there is more enchantment and machinery in this opera than I have ever found to be announced in any other musical drama produced in England’. Upon hearing the score, in which rich, sumptuous music is complemented by darker and more reflective moments, it is easy to share his enthusiasm.

The reason it is so rarely performed today may have something to do with the plot, which concerns just four main characters. Based on Amadis de Gaula by Garci Rodríguez de Montalvo, a pastoral romance written towards the end of the fourteenth century, it involves the Paladin Amadigi (who incidentally was the inspiration for Cervantes’ Don Quixote). Having proved himself in battle, he hopes to be with the woman he loves, Oriana, but he is also desired by the sorceress Melissa who will employ any device, including threats and spells, to win him. Dardano, the Prince of Thrace, advises Amadigi to choose Melissa, but it soon transpires that he is only saying this because he loves Oriana himself.

Amadigi successfully rebuffs various spirits and furies, but at the ‘Fountain of True Love’ has a vision (conjured up by Melissa) of Oriana courting Dardano. Meanwhile, Oriana follows Dardano after Melissa magically disguises him as Amadigi. Dardano, feeling confident after receiving her attention, challenges Amadigi to a duel, but is killed in it. When Melissa subsequently imprisons Amadigi and Oriana they beg her to show mercy. Melissa refuses and summons the Ghost of Dardano to assist in her revenge, but he says that the gods are predisposed to protect Amadigi and Oriana. Rejected by the gods, the underworld spirits and Amadigi, Melissa kills herself, with one final plea to the man she loves to feel a shade of pity for her.

If the small cast and seemingly flimsy plot make the work appear unsuitable for a large opera house, the fantastical settings, which see towers being protected by porches in flames, monsters ascend from the earth and devils appear, would surely provide much visual interest. Indeed, it seems that the original performances were renowned for their scenery and special effects, with the story requiring a cave to transform suddenly into a palace. If the opera might still feel a little too small to fit the Royal Opera House’s stage, it would surely work perfectly at Glyndebourne.

The music is consistently sublime, from the rich overture to Melissa’s ‘Ah! Spietato’, where the solo wind seems to ‘echo’ her line, and Amadigi’s ‘O rendetemi il mio bene’, which sees the different string sections respond to each other with various ascending and descending lines. There is also Dardano’s ‘Tu mia speranza’, with its ‘folk-style’ music, the Ghost of the Prince of Thrace’s ‘Han’ penetrato i detti tuoi l’Inferno’, which is highly reminiscent of the Cold Song from Purcell’s King Arthur, and the final dance of shepherds and shepherdesses, which on this occasion saw conductor Leo Duarte playing the tambourine.

The principals were superb, with the countertenor of Michał Czerniawski in the title role proving full, assertive and accurate in the middle register, and just as effective at the top of his range. Precision and control were, in fact, a hallmark of all four performances with the soprano of Erica Eloff as Melissa being spirited and intriguing, giving the most thoroughly musical screams of rage or despair. As Oriana, Ilona Revolskaya’s soprano was beautifully sweet and well shaped, but also possessed a degree of richness and nuance, while as Dardano Maria Ostroukhova’s mezzo-soprano displayed immense strength and depth. This was a concert performance, but while Czerniawski donned a dinner jacket, the three female soloists did not so much wear clothes that alluded to their characters as full costumes. The attention to detail even extended to their make-up so that Eloff had large turquoise eyeliner to mark Melissa out as a sorceress, while Ostroukhova had a painted on beard and moustache.

The 2018 London Handel Festival continues until 16 April. For full details of all events visit the designated website.

For details of all its forthcoming engagements visit the Opera Settecento website.