by Sam Smith
published: 18 May 2017 in Opera and Classical Reviews
Tweet 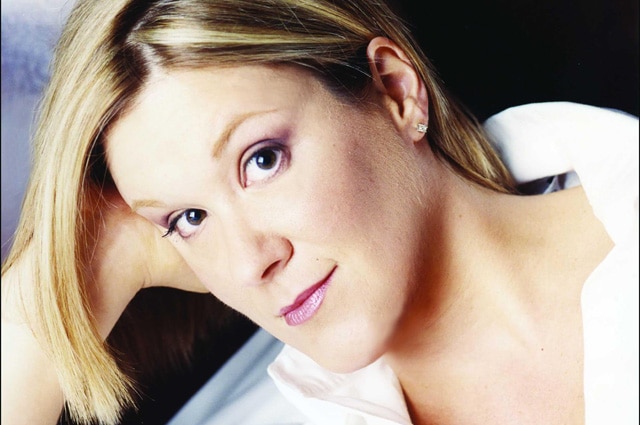 The English Concert, directed from the harpsichord by Harry Bicket, delivered playing of a copybook standard throughout this concert performance of one of Handel’s best loved operas. If, however, it always achieved a perfectly balanced sound, this manifested itself in a variety of ways as the ensemble proved equally adept at capturing a sense of rhythmic drive in some places and at eliciting the most exquisitely tender strains in others.

Although this might be said of any Handel opera, Ariodante of 1735 is very much about the needs and feelings of the individuals involved. This is because, although the union of Ginevra and Ariodante might bring renewed security to Scotland and Polinesso’s desire for Ginevra may derive in part from the power he would gain, this is not a piece in which the political repercussions of the protagonists’ actions are specific and obvious. Instead of seeing a clash between private love and public responsibility as exists in so many operas, individual desires remain the driving force behind all of the actions. This makes for a deeply personal work, and this performance captured that aspect of its nature by conveying an appropriate sense of intimacy. The English Concert at just over twenty players seemed huddled in the middle of the stage as clear space surrounded it. This meant that soloists had sufficient room to move around and express themselves. By frequently appearing as lone figures in a ‘void’ they really drew us into their personal predicaments and inner turmoil.

The stagecraft was highly intelligent. In Act I singers generally sat at the side when not required so that ‘entrances’ and ‘exits’ could be kept smooth, but in Act II principals as a rule only graced the stage when they were needed because most arias required us to focus on a lone person. There was a good sense of theatricality to the evening as Sonia Prina’s Polinesso prowled around Ginevra, held Dalinda close or let out a malevolent laugh, and Matthew Brook‘s King ended ‘Invida sorte avara’ on his knees with a cry of despair. Scores were used, but no singer was particularly reliant on theirs, and many of them spent most of the evening away from any music stands.

The standard of singing was extremely high. Alice Coote, replacing Joyce DiDonato as Ariodante for this performance, delivered a brilliantly engaging and emotional rendition of ‘Scherza infida’, maximising on her amazing ability to produce deep notes while also ensuring that upper lines floated across the hall with a dream-like purity. The sopranos of Christiane Karg as Ginevra and Mary Bevan as Dalinda were both sublime, with Karg’s ability to focus her phrases and Bevan’s penchant for capturing nuances in sound both coming to the fore. As Polinesso, Sonia Prina brought strength and malevolence to her contralto sound, David Portillo as Lurcanio was possessed of an aesthetically pleasing tenor, while Matthew Brook as the King of Scotland and Bradley Smith as Odoardo both played their parts to the full.

The English Concert’s performance of Ariodante at Carnegie Hall on 30 April 2017, with Joyce DiDonato in the title role, was streamed live on Medici.TV and will be available there for three months.