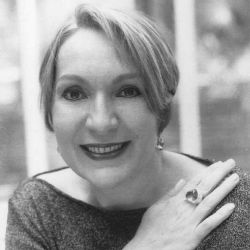 At the height of the first scene of Verdi’s ninth opera, Attila, a Roman general tries to strike a bargain with the notorious Hun: ‘You can take the universe, but leave Italy to me’.

This was a thinly-veiled message to the Italy of the Risorgimento, a movement in the mid-nineteenth century that aimed for the unification and independence of the country (it was finally achieved in 1870).

Verdi’s interest in the Risorgimento was at its height in 1846, when he wrote Attila for La Fenice in Venice.

And after an initially cool reception, the pro-Italy implication of many parts of Piave and Solera’s text guaranteed its popularity throughout the country.

It disappeared from the repertoire, but when Mark Elder conducted the work at Covent Garden over a decade ago, Attila was revealed to be of great musical and dramatic interest.

At the opera’s start, Attila has conquered the town of Aquileia in Italy, 454 AD. Odabella is one of the prisoners, and because her father was killed by Attila, she decides to avenge his death. Her lover Foresto also wants to kill Attila, and poisons his drink, but Odabella reveals the crime to Attila as she wants to murder him herself. By pretending that she wishes to marry Attila, she has the opportunity to get close enough to him to do so; on their wedding night, she stabs him to death.

The passionate choruses, strong dramatic situations and psychological complexities of several of the lead characters were ideal material for the Chelsea Opera Group in this concert performance at the beautiful Cadogan Hall. They have a reputation for the Italian bel canto repertoire, and this performance justified it in every way.

These early operas by Verdi require dedication and a strong thrusting approach, and the conductor Andrew Greenwood was ideal in this respect. From the start, the orchestra played the score with such conviction that Verdi was revealed to be a much subtler orchestrator than he is often given credit for. The cello and bassoon combination in the prelude, the evocation of the approaching Attila in the opening chorus and the striking contrast of light and dark in the Act II finale were three of the many examples of this.

The cast and chorus were never less than committed, and though there were rough spots, the overall performance was highly entertaining. COG was lucky to have secured the services of Clive Bayley for the title role. I have long thought this singer underrated, and he didn’t disappoint on this occasion. The unusual dream sequence in the first act was a particular highlight, Attila’s anger in the Act II banquet when he is nearly poisoned, and his final words before death were all memorably done.

Indeed, all the male singers were excellent. Wynne Evans‘s sweet tenor voice was lyrical in Foresto’s Act III aria yet found heft in the more dramatic scenes. The Roman general Ezio was played by the veteran Jonathan Summers, whose physical gravitas was matched by a glowingly full tone. And the small but essential role of Leone was sung by Mark Beesley, bringing the first half of the evening to a thrilling climax.

This Attila also allowed the return of the soprano Nelly Miricioiu to the company, this time in the part of Odabella. It’s true that her voice is past its prime but she still retains the stature needed for this meaty role and her acting was genuinely moving.

The chorus took a little too long to warm up, with the usual dry tenor voices in the opening scene. However, the big concertati in the second and third acts found them in better voice, and as a whole, the evening was a triumph.

The group returns to Cadogan Hall on June 10 with Bellini’s I puritani, which is one to watch, and I hope that they programme more Verdi for the future. They’re great at it.