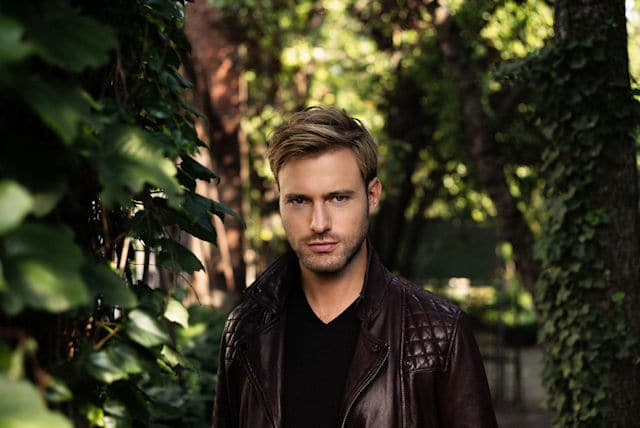 The baritone Benjamin Appl made his name singing Schubert Lieder, but his proficiency with works of an earlier era was demonstrated in his 2018 CD Bach, whose mixed programme of vocal and instrumental works informed Sunday evening’s concert with The Academy of Ancient Music, directed from the keyboard by Masato Suzuki.

Appl’s voice works well with the repertoire, and his Schubertian feel for light and shade adds just enough drama to Bach’s writing to point up the meaning in the texts without the performance heading in too much of a Romantic direction. The echo dynamics of ‘Wilkommen, werter Schatz’ (from BWV36), for example, were subtly handled, and his approach to the two full cantatas – Ich habe genug and Ich will den Kreuzstab gerne tragen – allowed each of their movements to shine with separate personalities. Particularly effective were the slight pauses and the pianissimo rendering of the da capo section of ‘Schlummert ein’ from Ich habe genug and his further use of quieter phrasing in ‘Endlich, endlich’ in the latter cantata. Further enjoyment came from Appl’s rendering of ‘Es ist vollbracht’ from BWV159, for which he employed a different tone, alternating between  triumphant, mournful and resigned, to each iteration of the title phrase. Not all, however, was perfection, as Appl’s voice deploys best in the middle and higher registers of the baritone range, and some of the lower passages – particularly in the final recitative and arioso from Ich will den Kreuzstab gerne tragen – lost presence. The two chorales that the material required (‘Komm, O Tod’ and ‘Jesu, deine Passion’) were sung to great effect as accompanied solos, Appl providing his dynamic subtlety to the text.

As well as highlighting Bach’s settings for baritone, the concert also showcased his oboe writing, and the Academy of Ancient Music’s principal oboist Leo Duarte provided some moments of sheer delight. The Sinfonia from Ich steh mit einem Fuß im Grabe seemed an odd opening to a concert, but from the initial ornamentation in the solo oboe line, which signalled the start of an exquisitely nuanced interpretation of this plaintive melody against a minimal orchestral backdrop, one could understand its choice. Ich habe genug is a work for oboe just as much as it is for voice, and Duarte’s masterly fluidity of line in the first movement, as well as his augmentation of the despair of the third movement, using the lower oboe da caccia, was a treat indeed.

The Academy of Ancient Music were also on generally excellent form, following Suzuki’s direction to provide a blended and nuanced sound that complemented both the solo performers, although there were occasions when they were perhaps a little too loud for Appl’s quieter statements, and there was a slight hiatus of tempo in Ich will den Kreuzstab gerne tragen such that orchestra and oboe became briefly disconnected. The range of orchestral material was interesting, and provided contrast to the vocal items (a movement from the fourth violin sonata, for example, or the ever-popular Air from the third orchestral suite). The choice of a couple of the orchestral Sinfonias, though, was slightly odd, and perhaps misjudged for the organ available. The Sinfonias from BWV146 and BWV188 were adapted by Bach from earlier keyboard concerti, and became, for the purpose of the cantatas, short organ concerti. Suzuki showed his mettle as a keyboard player for both of these, but the small box organ, a compromise at best as a continuo instrument for works of the period, was sadly not up to the job of providing the usual heft that makes these movements special.