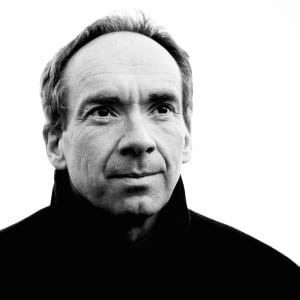 This was not a performance for faint-hearted purists or for connoisseurs of ‘authentic’ music making. The text was sung in an English translation, and the forces amassed were huge: 185 singers in the choir (not including a further nine young female performers from the Ripieno Chorus) and 55 members of Florilegium (split between two orchestras). Indeed, the whole affair was reminiscent of the gargantuan performances of Handel’s Messiah mounted by choral societies across the country during the last century.

Despite the huge forces under his baton, conductor David Hill managed to shape this Passion as delicately as if he were directing a smaller professional ensemble. The Bach Choir beautifully phrased the chorales (with such clear diction that there was no real need to consult the text), picking up difficult cues accurately and expressively. The vocal tone was never forced, and in the more dramatic crowd choruses, the choir’s big numbers lent the music a more realistic, dramatic force.

Orchestrally, Hill ensured that every dynamic and articulation served to heighten each musical moment, and also to add depth to the broader narrative. True, the Barabbas scene was a little overdone, but any cynic would have been moved by the ‘Passion Chorale’ at Jesus’ death.

The quality of soloists could hardly have been bettered. The complementary voices of countertenor Robin Blaze and baritone Roderick Williams created a performance of unusual clarity and directness, and they projected as much meaning in tone as they did in words. Matthew Passion stalwart James Gilchrist’s Evangelist set the tone for the others, floating Bach’s phrases with all the lyric, conversational delivery for which he is celebrated. Neal Davies injected a strong sense of vulnerability to the role of Christ – a part which can sound either sententious or just plain fey. Susan Gritton was something of a stern soprano, both in tone and demeanour, but there was no doubting her commanding vocal tone and detailed phrasing.

This was not a very scholarly St Matthew Passion. Nor was it historically ‘original’. It was not performed in a church, and it was not sung in German. But with such integrity and spirit, even the composer himself would have approved.