by Sam Smith
published: 5 May 2015 in Opera and Classical Reviews
Tweet 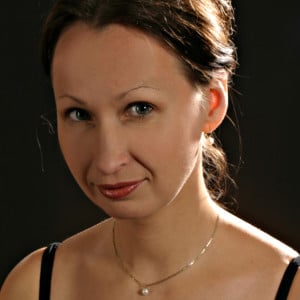 Smetana’s Dalibor (1868) is far less well known than his most famous opera The Bartered Bride, making the opportunity to hear this concert performance from the BBC Symphony Orchestra highly welcome. Upon listening to its most impressive and moving score, it is clear that the piece merits a full production at a major opera house although whether there will be one in the near future remains doubtful.

Set in late fifteenth century Prague, the story sees the knight Dalibor sentenced to death for disturbing the peace by attacking Ploškovice and murdering its Burgrave. Dalibor asserts that he was duty bound to do so in revenge for the death of his friend, the musician Zdeněk, but nonetheless accepts his fate. The Burgrave’s sister Milada, while testifying against the knight, realises that she actually loves him, and resolves to expedite his escape from the prison where he will die from starvation. The plan, however, fails, leading to their demise, and she dies in Dalibor’s arms.

The thin storyline may explain why opera houses are reluctant to take a risk with the work, but, if so, this is a shame because it was surely never intended to be particularly plot-driven. As Dalibor reflects on his love for Zdeněk, Milada is driven to act by Dalibor’s nobility of spirit, and the orphan Jitka argues the knight’s case because he was kind to her, it provides a detailed and varied study on the themes of love, loyalty and forgiveness.

Smetana’s score proves perfectly suited to meditating on all of these issues with its muted brass fanfares, prominent parts for the wind, pizzicato strings (sometimes pitted against other sections that bow), violin solos (that reference Zdeněk) and melancholic themes. At the same time, the music goes some way to exploring the whole cross-section of society in Prague. At one extreme there are a few rowdy, triumphalist choruses, and at the other we witness an ageing jailer lamenting his hard life full of clinking chains.

Although this was a concert performance, Kenneth Richardson’s unobtrusive direction certainly produced dividends. The lighting, in particular, proved effective as it heralded the close of scenes by cutting entirely from the soloists in front of the orchestra. Conversely, with the lights coming up on the auditorium as King Vladislav entered through it, every audience member suddenly became a spectator lining the processional route.

In addition to Jiří Bělohlávek’s excellent conducting the entire cast proved superb. On this occasion, Ivan Kusnjer’s vocal performance as Vladislav felt a little rough around the edges, but there was no doubting the overall quality of sound from one of the Czech Republic’s leading baritones. In the title role, Richard Samek’s tenor was not consistently polished throughout, but at its best was highly smooth and pleasing.

Dana Burešová was an exceptional Milada whose upper register combined great purity with a certain resonance and depth, and Alžběta Poláčková as Jitka produced a clean sound that also possessed a certain breadth. Jan Stava and Aleš Voráček excelled as the jailer Beneš and Jikta’s lover Vitek respectively, while Svatopluk Sem was stunning as the commander of the castle guard, Budivoj. It was just a pity that the latter’s part was relatively small as his bass-baritone voice is strikingly firm, and one that it would be good to hear a lot more of in London.

This concert was recorded for a future broadcast on BBC Radio 3 (date unspecified at the time of writing).