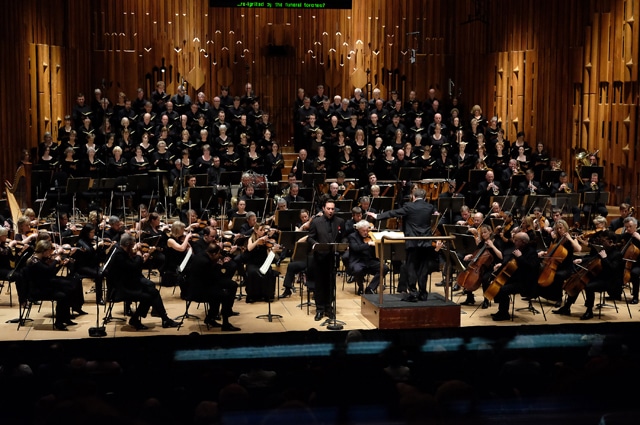 Berlioz’ Romeo and Juliet is a difficult work to pull off successfully in the concert hall. Esa-Pekka Salonen and Valery Gergiev tried it with limited success a couple of years ago. This time round Andrew Davis and the BBC Symphony Orchestra and Chorus came much closer to realising Berlioz’ Shakespearian vision.

Berlioz described the work as a ‘dramatic symphony’, but it is neither a symphony nor a drama in the usual sense. Rather it is a free interpretation of Shakespeare’s play, with passages of sung action, recitative-like contemplation and long orchestral passages. It also calls for huge forces: a large orchestra, full chorus and three solo singers. Indeed, Berlioz was only able to afford the time to compose it and the opportunity to mount it at the Paris Conservatoire in 1839 thanks to a 20,000 franc gift from Paganini – guilt money for having spurned Harold in Italy five years earlier. 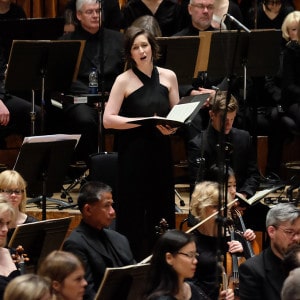 A deep understanding of the composer’s intentions, a sensitive reading of the score, and thoughtful handling of players and singers marked out Davis’ interpretation as something special. His positioning of the forces under his direction helped a great deal. The male singers of the BBC chorus were moved behind the Barbican stage for the Love Scene, giving the revellers leaving the Capulet ball a distant, dreamy air. The mezzo-soprano and tenor soloists, who only appear in the Introduction, were placed behind the orchestra, from where they were able to slip out once their work was done. This positioning also made them much more part of the action and reinforced their narrative roles.

Mezzo Michèle Losier sang her strophic aria with lightness and delicacy – a change from the matronly stodginess that often characterises singers’ delivery. Tenor Samuel Boden gave the Scherzetto (a fleet-footed rendering of Mercutio’s Queen Mab speech) the sprightliness and insouciance it needed, while bass David Soar as Friar Laurence in the concluding Finale sang with authority, warmth and sympathy. The BBC Symphony Chorus performed exceptionally well, injecting their multiple roles with clarity and integrity. They were particularly good as the warring Montagues and Capulets and as mourners in Juliet’s Funeral Cortège.

Davis kept a tight rein on his vast forces, directing in his usual conscientious and animated style. The players of the BBC SO gave plenty of energy in the big dramatic scenes, but also exuded warmth and tenderness in the more reflective movements. The celebrated Queen Mab orchestral movement was played with gossamer lightness, and its programmatic details – the soldier’s dream and bassoon snores – were skilfully highlighted to comic effect.

The concert will be broadcast on BBC Radio 3 on Tuesday 26 January at 7.30pm.