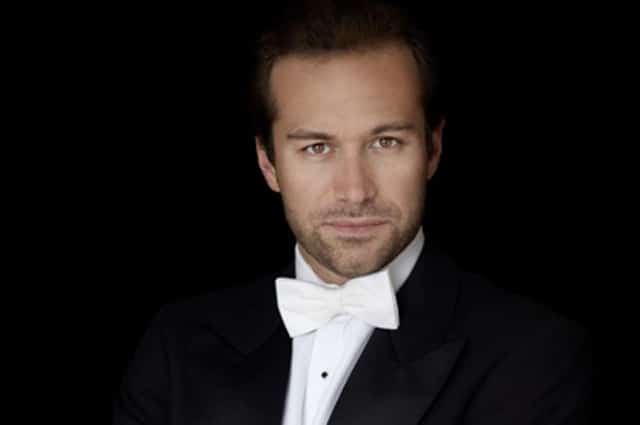 The BBC Symphony Orchestra under French conductor Fabien Gabel presented a programme of new, familiar and rarely heard works underpinned by sharp and precise delivery, if it was sometimes at the expense of a more daring approach.

Ravel’s Le Tombeau de Couperin is a Baroque-chiselled monument both to the music of France’s grand siècle and to the composer’s friends and colleagues killed in the First World War. Under Gabel’s assured direction, the BBC SO fully realised the work’s architectural formality, from the rippling Prelude to the final jaunty Rigaudon. The emphasis on restraint did, though, make the Forlane sound like a hemmed-in period piece rather than the cheeky impersonator of the ‘immoral’ tango which Ravel had intended.

The new work – and a world premiere at that – was Richard Dubugnon’s piano concerto, Klaveriana. Inspired to an extent by Schumann’s mercurial Kreisleriana, the work plays on the antics of the solo instrument in a traditional slow-fast-slow concerto structure. Noriko Ogawa replaced an ill Kathryn Stott but appeared fully confident in the opening Allegro’s rush of keyboard acrobatics. Somewhat reminiscent of Prokofiev, the movement gave way to a second-movement Sicilienne – a lyrical, atmospheric interlude with clear echoes of Ravel and Dutilleux – two of the Swiss-born Dubugnon’s musical heroes. The effects of the celesta (played by Elizabeth Burley) as an accompaniment or in contrast to the piano added depth and diversity ahead of a final Allegro full of Gershwin- and Bernstein-style panache.

The second half of the concert opened with one of Zoltán Kodály’s better-known works: the suite from his 1926 ‘song-play’ Háry János. The orchestral episodes, which concern the adventures – real and imagined – of the eponymous soldier and adventurer, are a little over-long, and some of the music is mere narrative signposting. Nevertheless, the celebrated Intermezzo was played with authentic folksy tang, aided by Edward Cervenka on cimbalom. The preceding Viennese Musical Clock and Song movements also contained plenty of characterisation and melodic charm.

If Napoleon Bonaparte takes centre stage in the fantasies of Háry János, then he is an overbearing but invisible presence in Prokofiev’s opera War and Peace. This long and unwieldy work, dating from the Second World War, is an awkward one to stage and is rarely mounted. In the orchestral suite arranged by Christopher Palmer in 1988 we get many of the ‘best bits’, such as the ballroom scene Waltz and Mazurka, and a mini tone poem in the form of the ‘May Night’ Intermezzo. The final Snowstorm, Battle and Victory are unashamedly cinematic – not surprising, given Prokoviev’s earlier work with Sergei Eisentein, but they provided a rousing and colourful end to the evening.